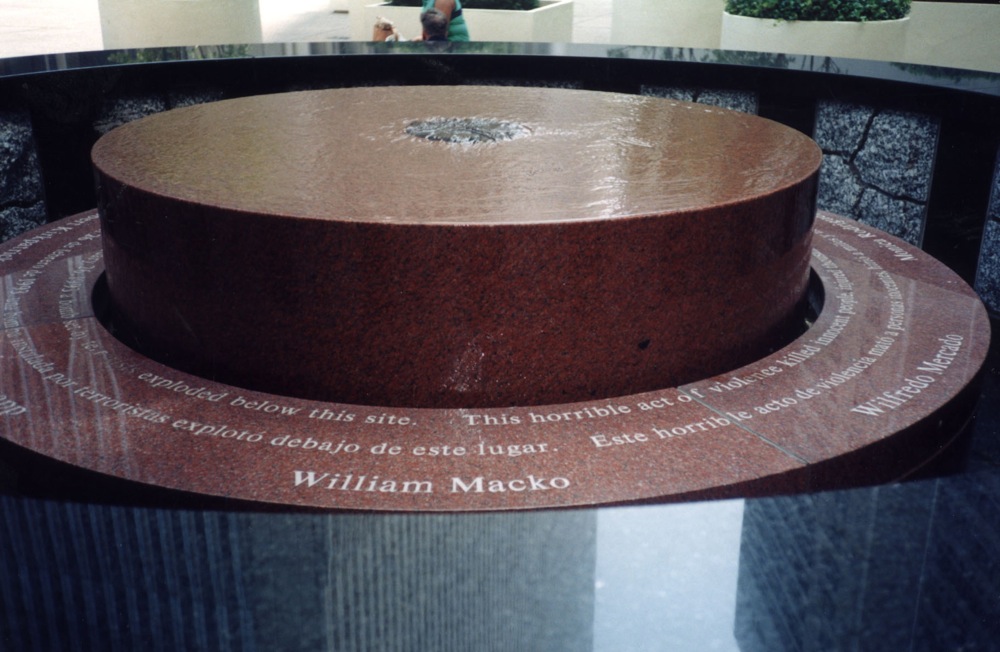 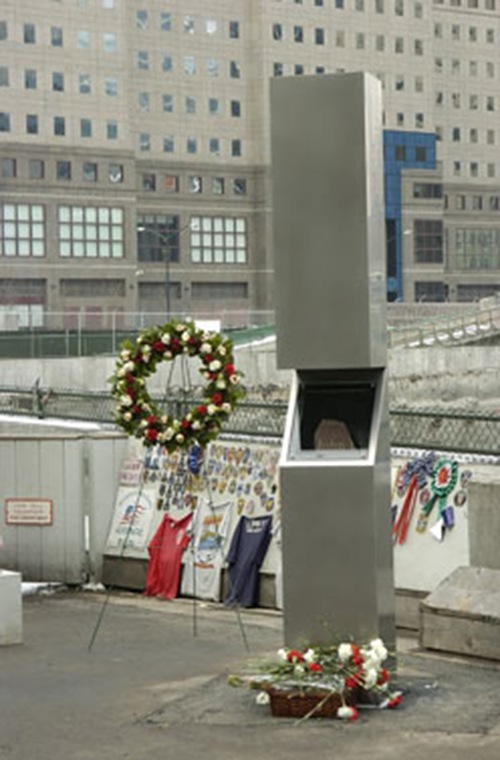 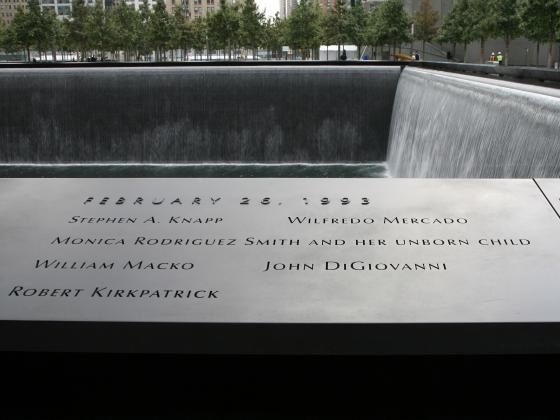 Victims of the 1993 WTC Bombing

The original granite fountain memorial for the victims of the 1993 bombing of the World Trade Center was destroyed when the towers collapsed on September 11, 2001. During the rescue and recovery operation, a fragment of the original memorial was found. Clearly visible was "John D," part of the name of Mr. DiGiovanni, one of the six victims.

On February 26, 2005, the Port Authority of New York and New Jersey joined with Governor George Pataki, Acting Governor Richard Codey, and Mayor Bloomberg to dedicate a temporary memorial to pay tribute to the victims. This fragment was preserved in the interim memorial and has now been moved to its permanent home in the 9/11 Memorial Museum.

The 1993 victims are also remembered at the 9/11 Memorial Plaza. Their names may be found on the North Pool.