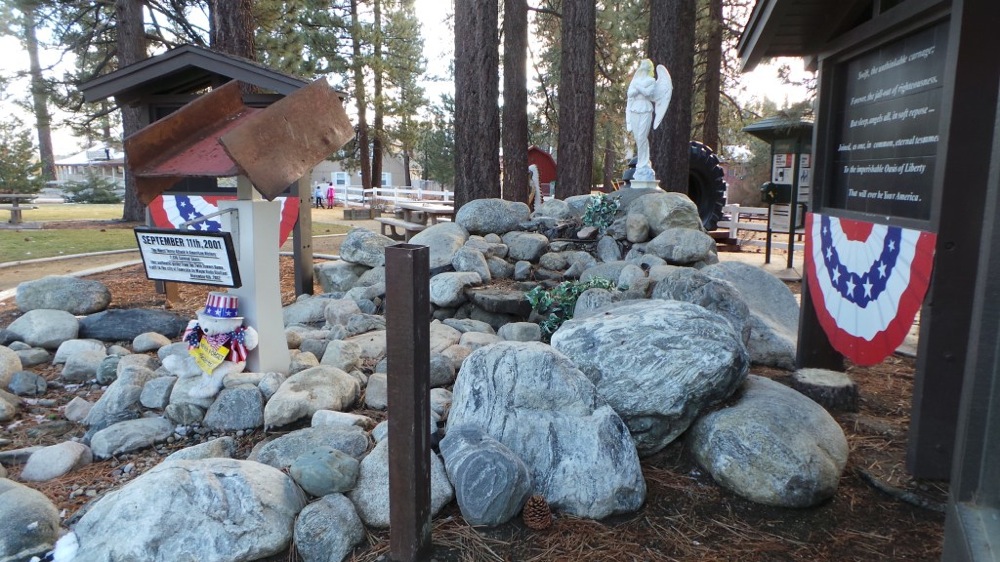 The couple's fenced park, located in the picturesque town 7,000 feet high, has as its centerpiece, a memorial fountain and a 600-pound steel girder from the twin towers, a donation from New York City.

2006-Construction of outdoor stage, volleyball and horseshoe courts, picnic tables and fountain with 9/11 memorial display; park closes to the public in July

The park, owned by singer/actress Shirley Jones and her husband, comedian Marty Ingels, was previously closed to the public since 2006, but opened in grand style with patriotic music, Ingels' commentary, free food and drinks.