Arbor Day Trees as a Tribute 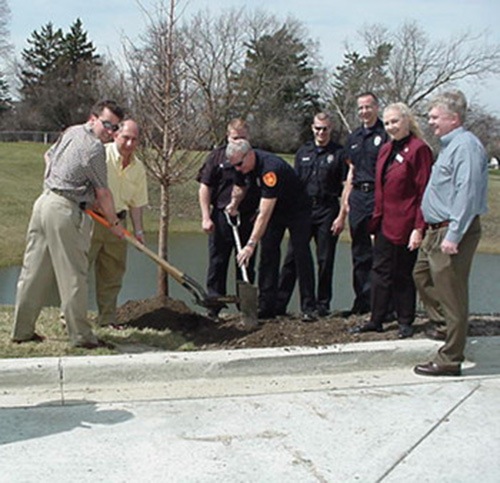 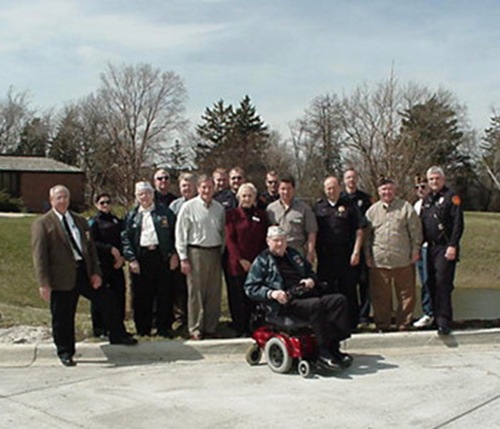 Purpose: As a memorial to September 11, a decades-old tradition may offer solace and hope for the future. “A monument of trees in a well-ordered grove is human and humane. It speaks the language of freemen. It is full of solace and hope to the bereaved. As a living and a breathing thing, it speaks of victory over death. It is expressive of thanks and devotion by the people to its heroes dead and living.” -- Richard Leiber, Secretary of the Indiana Board of Forestry. That quote could have been written this fall, but in fact is more than 80 years old. Mr. Leiber’s words come from post-World War I America, when a changed nation looked toward the future and a time of peace. Like then, our country today looks very different. As a tribute to the heroes and a memorial to the victims of the tragic events of September 11, 2001, twin Dawn Redwood trees were planted at Bloomingdale Fire Department Headquarters Station #1, 179 S. Bloomingdale Road by V.F.W. Post 7539, the Bloomingdale Fire Department and the Village of Bloomingdale. All residents were welcome to participate in the observance held at 2:00 p.m. on April 11, 2002. Reason site was selected: The site was available, accessible and continue to publicly honor these heros.
Events planned for site:Future remembrances by VFW and the Fire Department
Do you believe your memorial is a sacred place?: Exclusively dedicated or set apart in reverance and respect