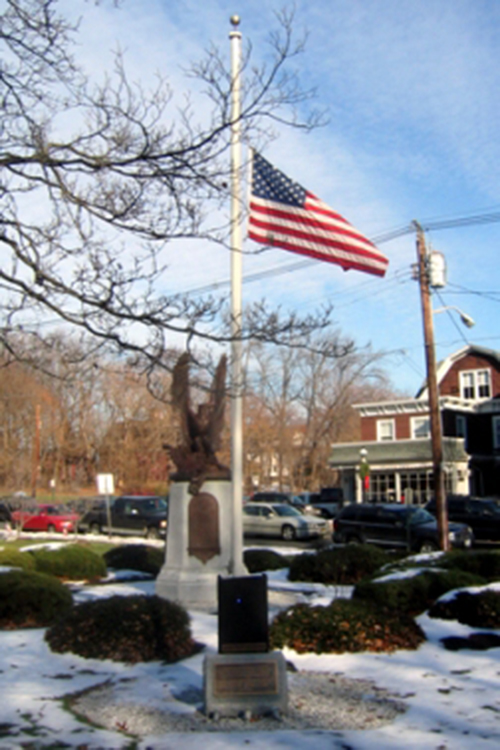 The Madisonians who lost their lives due to acts of terrorism against our nation on September 11, 2001.

The Madison New Jersey 9/11 Memorial contains a piece of steel recovered from Ground Zero. The steel beam is 24; high, is dull black with a small light shining through a fracture from the rear. The light is housed in a small box affixed to the rear of the beam. In addition to the steel beam there are two plaques. One reads: “From the darkness, a light of freedom and hope shines forever. This stressed steel beam was recovered during the winter of 2002 from the ruins of the Twin Towers at the World Trade Center, New York City”. Plaque two reads: “Dedicated by the Borough of Madison in eternal memory to the Madisonians who lost their lives due to acts of terrorism against our nation on September 11, 2001, James L. Crawford, Timothy R. Hughes, Patrick McGuire, Donald Peterson, Jean Peterson, Peter West, May 18, 2002