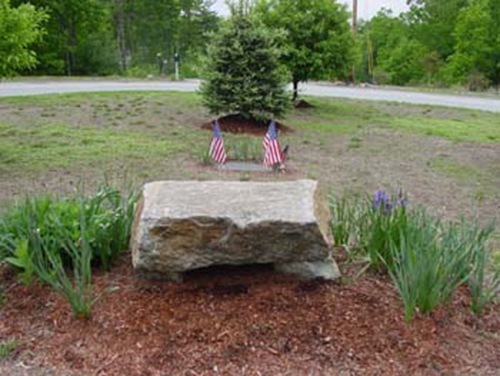 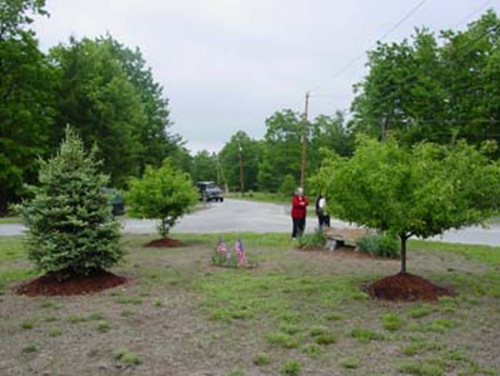 Purpose: A memorial to Peter Hanson, his wife Sue, and their two-and-a-half year old daughter Christine who were lost on September 11, 2001.

Reason site was selected: The memorial is located within the cul de sac roundabout at the end of the Hanson family's street. It was created by neighbors within weeks of September 11.

Events planned for site: There are no formal events planned for this site, but its visibility ensures that it will remain in the public awareness. Moreover, from the care of the trees and flowers, it is evident that neighbors are maintaining the site.

Do you believe your memorial is a sacred place?: Lee Hanson replied that he did not believe that the site is sacred but that it is “really very special, having been created by the neighbors on their street so soon after the attack.” He noted that “most memorials have some connection of some kind, but I don’t think of them as sacred.” Eunice Hanson added that she considers them “…a memorial, a reminder, a commemoration, a promise, but Ground Zero, where thousands of lives were taken, is truly hallowed ground.”