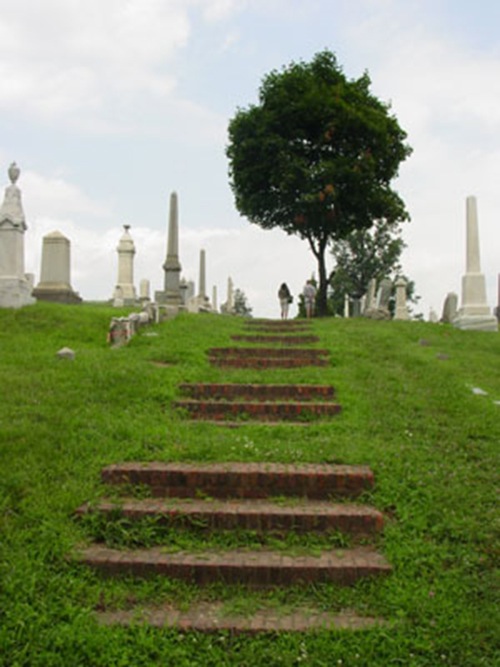 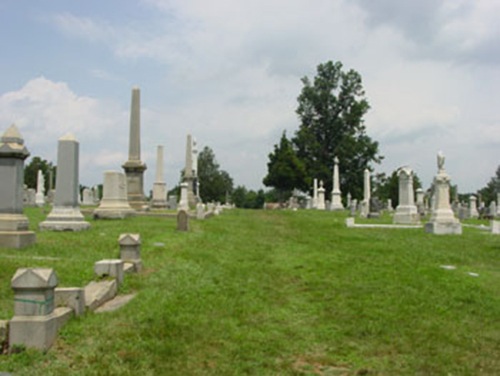 Purpose: Linda Harper, the Chair of the Board of Directors of the Association for the Preservation of Historic Congressional Cemetery, said that the purpose of the project is threefold. First, "we felt like as a cemetery, we are a logical place to continue to memorialize, especially with trees fitting into the memorial tradition of the cenotaph (or empty tomb)." Second, the Association is in the midst of trying to create renewed awareness of the cemetery, to bring more people onto the site, continuing "the long tradition of the cemetery as a gathering space," she said. Finally, the cemetery is in need of a landscape plan and has a desire to re-tree the cemetery. This project will be the first of the Washington DC ward-based satellite memorial groves to be created.
Reason site was selected: Congressional Cemetery was selected as the official Ward 6 grove by the steering committee of the citywide project for all of the reasons discussed above. It is also noted for its proximity to the main Kingman island site, which will be even more accessible once the Anacostia Greenway is created. Within the cemetery, the grove will be an allee originating at the John Phillip Sousa grave and continuing down the hill to the far edge of the cemetery near the Anacostia River. The Sousa grave is the most visited area of the cemetery, and the allee should serve to draw people on a short walk through the site. The allee form was chosen out of necessity, due to the density of grave sites for the 60,000 people in the cemetery. Events planned for site: While construction of Kingman Island is underway, the Lummi healing pole that will eventually be sited there will be temporarily installed at Congressional Cemetery. There will be a dedication of the pole that may coincide with a time when many leaders of tribal nations are in Washington, DC for the dedication of the Native American museum. The cemetery also holds an annual volunteer day in October, involving over 150 volunteers from the Joint Services of the Department of Defense. Finally, on November 6 there is an annual remembrance to Sousa. This year will be the 150th anniversary of his birth and the cemetery expects it to draw a number of visitors. All of these events are in addition to the daily visitors that the cemetery receives. Many of the users of the cemetery are dog walkers, who, through a permitting process, use the site as a leash free area. The fees for their permits pay for the majority of the maintenance of the cemetery. Throughout it's history, the cemetery has served as a public gathering space, including for picnicking and star gazing, along with being a historically significant burial ground.
Do you believe your memorial is a sacred place?:Harper replied, "by definition, it is hallowed ground because we have the honor of bodies." Harper noted that this cemetery, like many others, "walks a fine line" between being a public gathering as cemeteries were often thought of at the turn of the last century, and being sacred space. Congressional "is first and foremost a cemetery," said Harper, but it is also a historic site, a site for geneological research, birdwatching, volunteer involvement, and even dog walking. She said that it is too soon to know how people will react to a September 11 grove or a healing pole, and that this project is a part of a much larger landscape, restoration, and public awareness effort on the part of the cemetery.