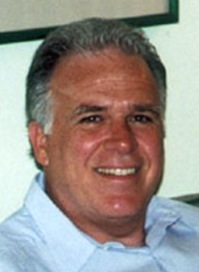 In more than 30 years on Wall Street, Frank T. "Paul" Wisniewski picked up a new first name, special expertise and a host of prominent jobs and professional positions. In his personal life, his roles were constant: charismatic friend, favorite uncle and loving husband, father, brother and son. "When he walked into a room, he just uplifted everyone who was there," said his sister, Judy Knight of Branchburg. A vice president for Cantor Fitzgerald, Mr. Wisniewski, 54, of Basking Ridge has been missing since the Sept. 11 terrorist attack on the World Trade Center. Knight's husband, Ron, met Mr. Wisniewski when the two Brooklyn men were drafted in 1966 during the Vietnam War. Mr. Wisniewski served as a military policeman in Vietnam from August 1967 to August 1968. Afterward, he went to Wall Street at J.J. Kenny & Co. from 1968 to 1986, becoming a senior vice president for operations. But he started out working for the cashier, whose first name was also Frank. "So they told him to pick another name for business calls," Ron Knight said. Mr. Wisniewski chose Paul, and it stuck. "Everybody in the business knew him as Paul and that's what his immediate family called him," he said. But to nieces and nephews, Mr. Wisniewski was "Uncle Frankie," the person who would spend hours on the floor playing with them. "My kids remember every single Christmas present he ever got them . . . the one gift that every kid wanted but their parents couldn't afford," Judy Knight said. Mr. Wisniewski "had kids later in life and they were extremely precious to him," she said. "'They are my life,' he'd always say." Besides Brooklyn, Mr. Wisniewski lived in Katonah, N.Y., and Verona before he and his wife moved to Basking Ridge 10 years ago. He was a member of the Liberty Corner Presbyterian Church, and treasured time spent with his children at Indian Guides and Princesses through the Somerset Hills YWCA. Mr. Wisniewski was recruited to be cashier and SEC compliance officer for Municipal Partners Inc., where he was a partner for 11 years. The firm was acquired a year ago by Cantor Fitzgerald. He was past president of the Cashiers Association of Wall Street Inc., past chairman of the Public Securities Association-Municipal Bond Operations Committee, and director of the Securities Operations Division of the Securities Industry Association. He also is survived by his wife, Carol Donnelly Wisniewski; his children, Alexandra A. and Jonathan P.; his parents, Mary and Vincent of Marlboro; his brother, Vincent of Sayville, N.Y.; his brother-in-law and sister-in-law, Robert M. and Maureen G. Donnelly of Franklin, Maine, and their children, Meghan and Erin; a niece, Melanie Knight of New York City; a nephew, Brian Knight of Atlanta; and a niece and her husband, Nadine and Robert DeGrange of Sayville, N.Y. Profile by Joe Tyrrell published in THE STAR-LEDGER.