Peace be with you Ignatius & Peace with your family

I never knew Ignatius and sadly I never will. I wanted to pay tribute to him anyways, because based on what I have read he was an incredible man. Loss is a very hard thing, but knowing someone in your life was so incredibly hard working and giving is such a blessing, and something you will never lose. Ignatius's life is so inspiring to me, working hard and going to school is no easy accomplishment. Especially all while raising a family and supporting his wife's pursuit of becoming a nurse. I truly hope the family of Ignatius knows that his life has touched my heart. My thoughts are with you as I know grief tears at the soul, I wish you nothing but the best, and I hope you are able to feel close to him.

A tribute to Ignatius 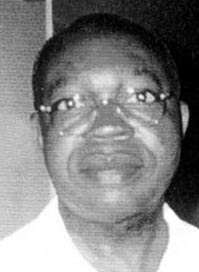 Ignatius Udo Adanga: Energy and a Helping Hand Published: November 30, 2001   Ignatius Udo Adanga was born 62 years ago in Nigeria. As a young man, he left home for Lagos, the capital. He moved on to Liberia and then Germany before migrating to New York some two decades ago.     Mr. Adanga's quest for a better life led him through a series of city and state jobs in housing, probation, children's services and, finally, the planning department of the Metropolitan Transportation Council, at the World Trade Center.     For all that, Mr. Adanga struck those who knew him as energetic rather than restless. He always seemed to have spare time to help family members — his wife, Afiong, and three daughters — friends and co-workers. "Your country or your nativity was immaterial," said McLord Obiora, a friend, at a memorial service early this month.     Judith Wilson, a co-worker for the past year, said Mr. Adanga not only took the time to help her settle in but also became a mentor for her son Kareem, 10, when he learned she was a single parent. "I was always going to him for advice," she said.