I am crushed reading about this man and his family. 5 young children and a wife pregnant with their 6th. Looks like they finally had a daughter. I don't even know this man or his family but I thank him for his courage and sacrifice. And I pray that his family has comfort and peace. God bless.

In Remembrance
Photos of Vincent 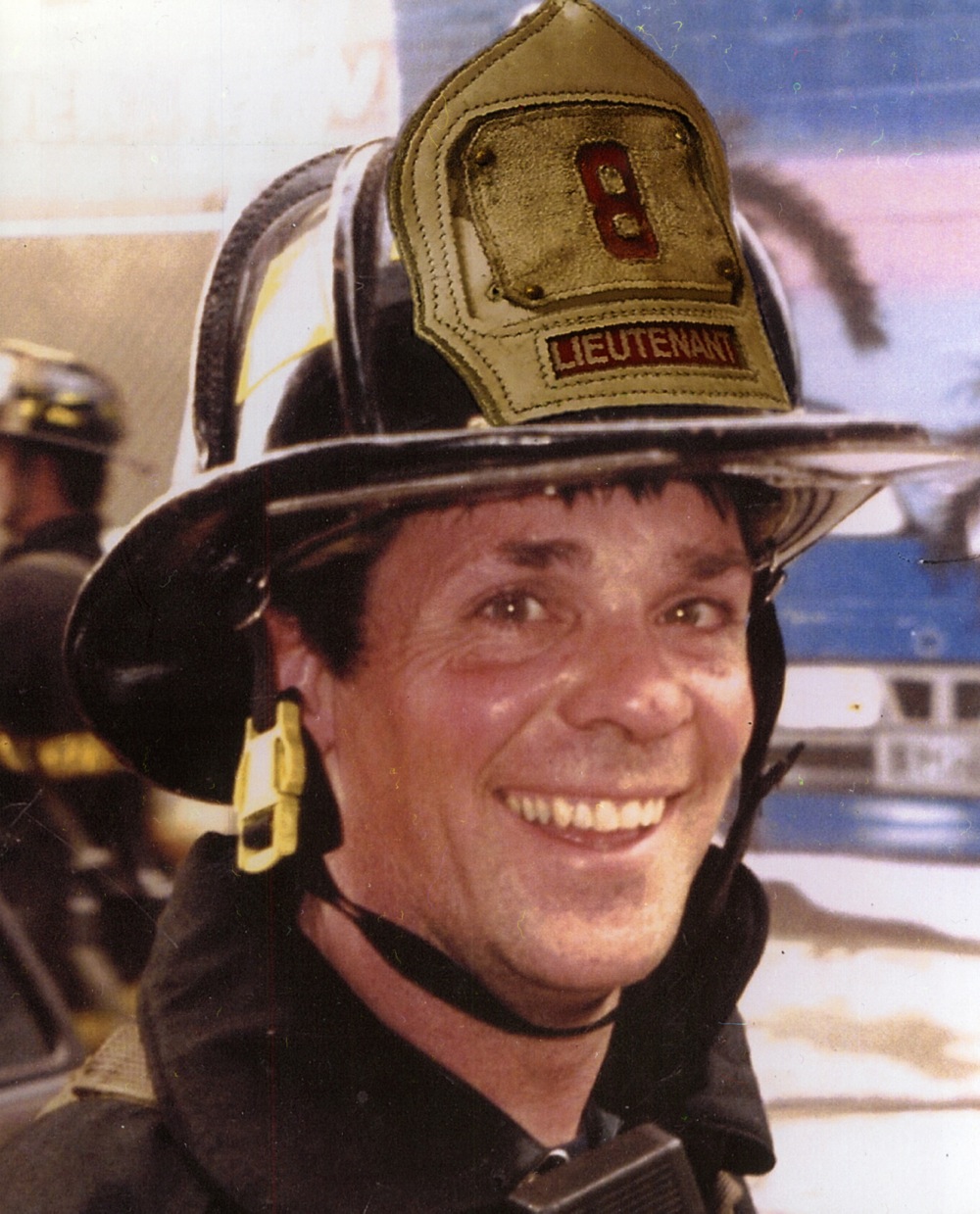 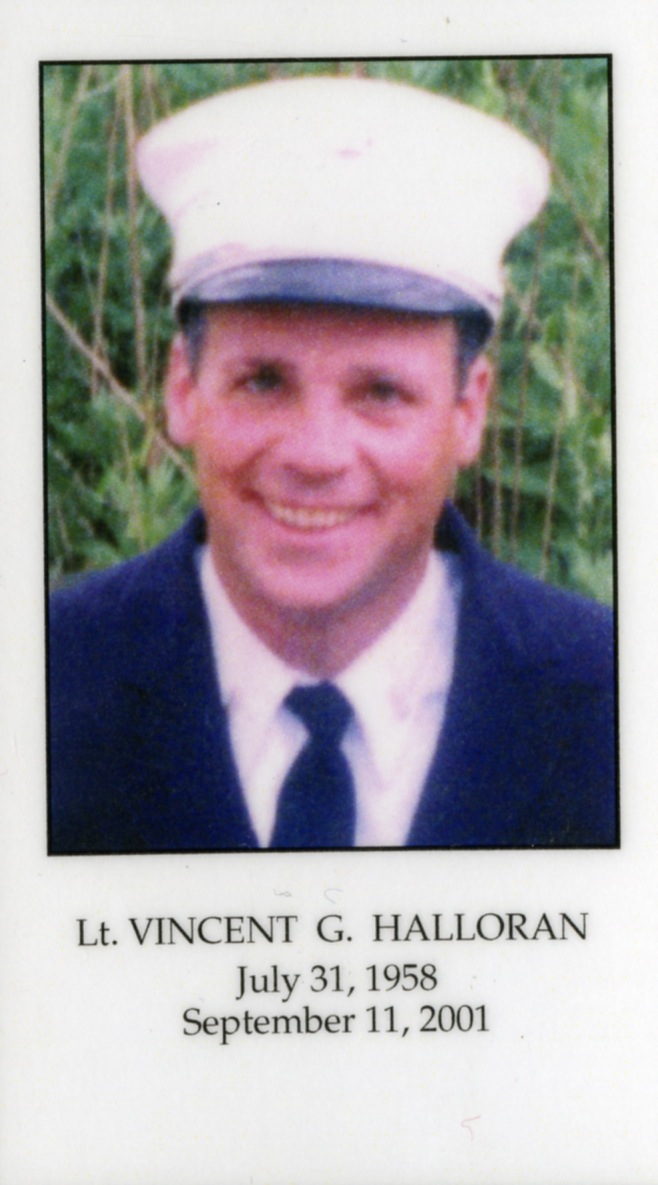 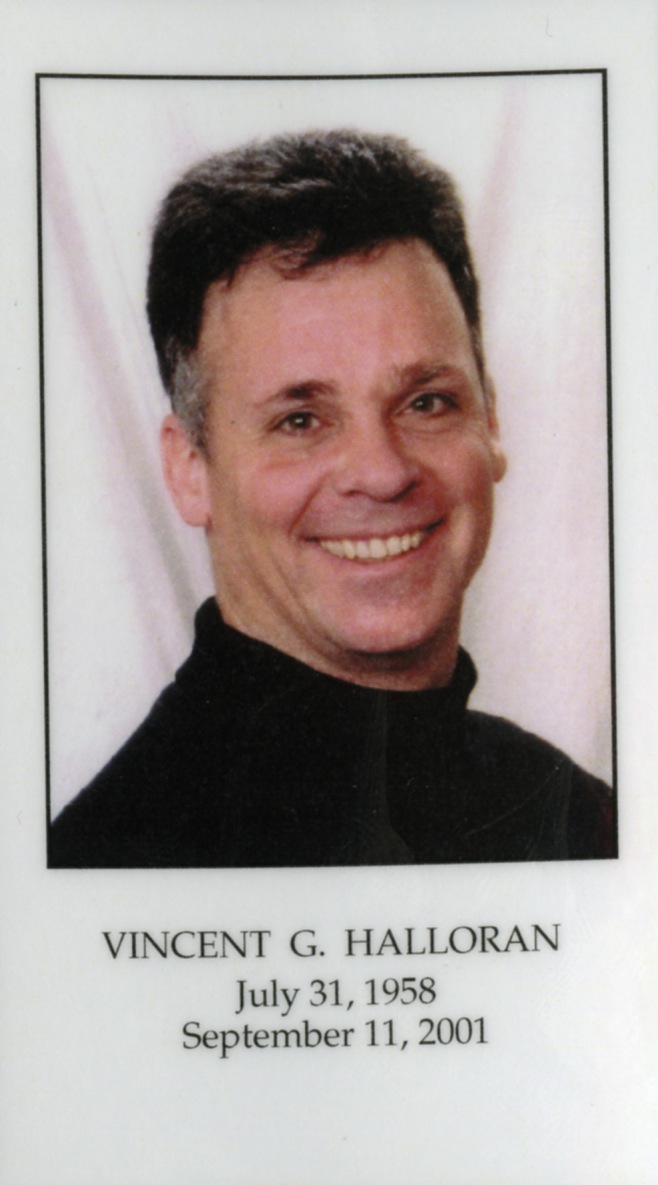 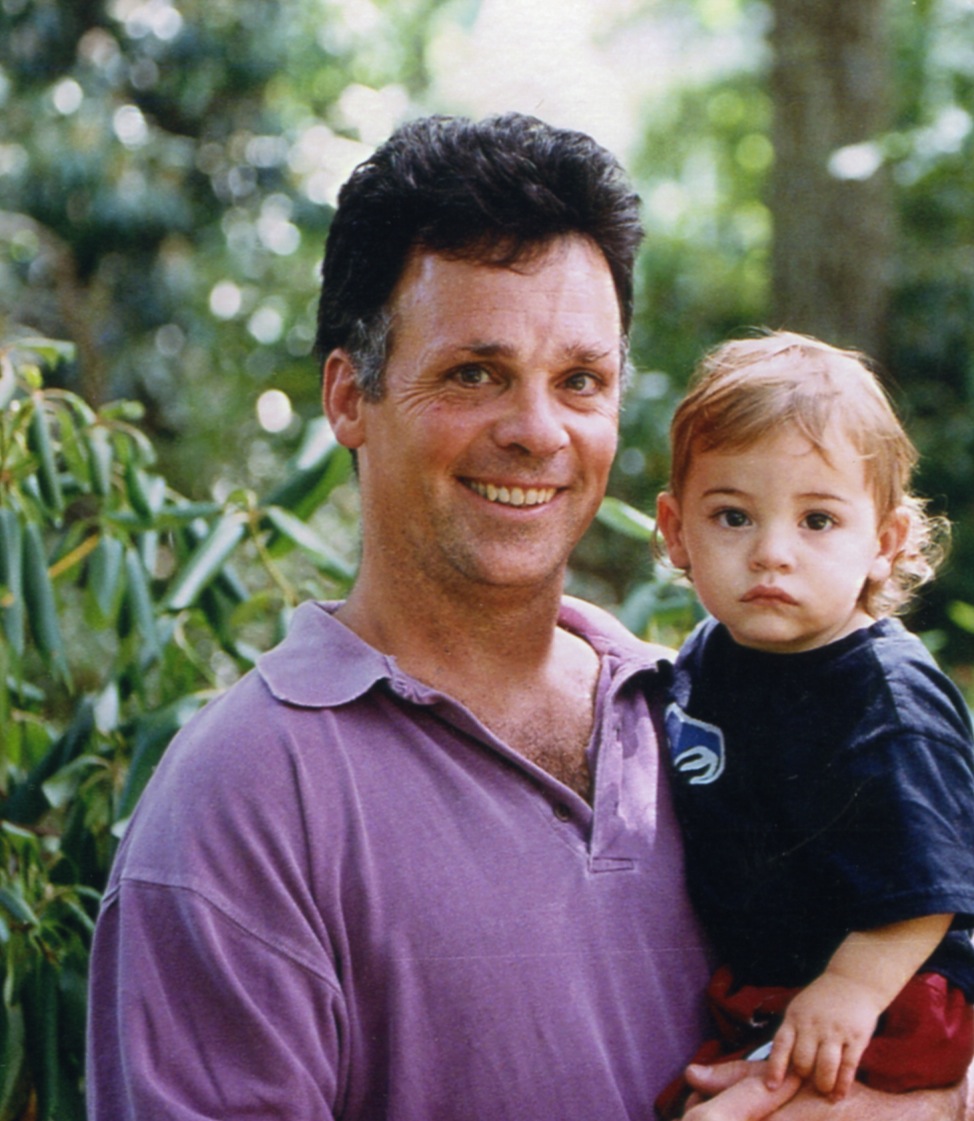 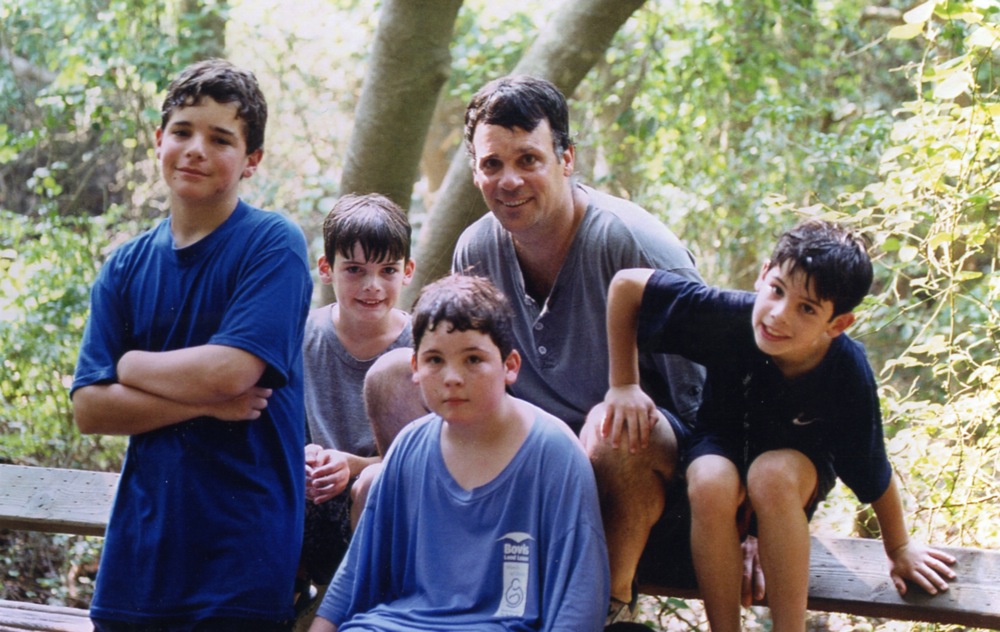 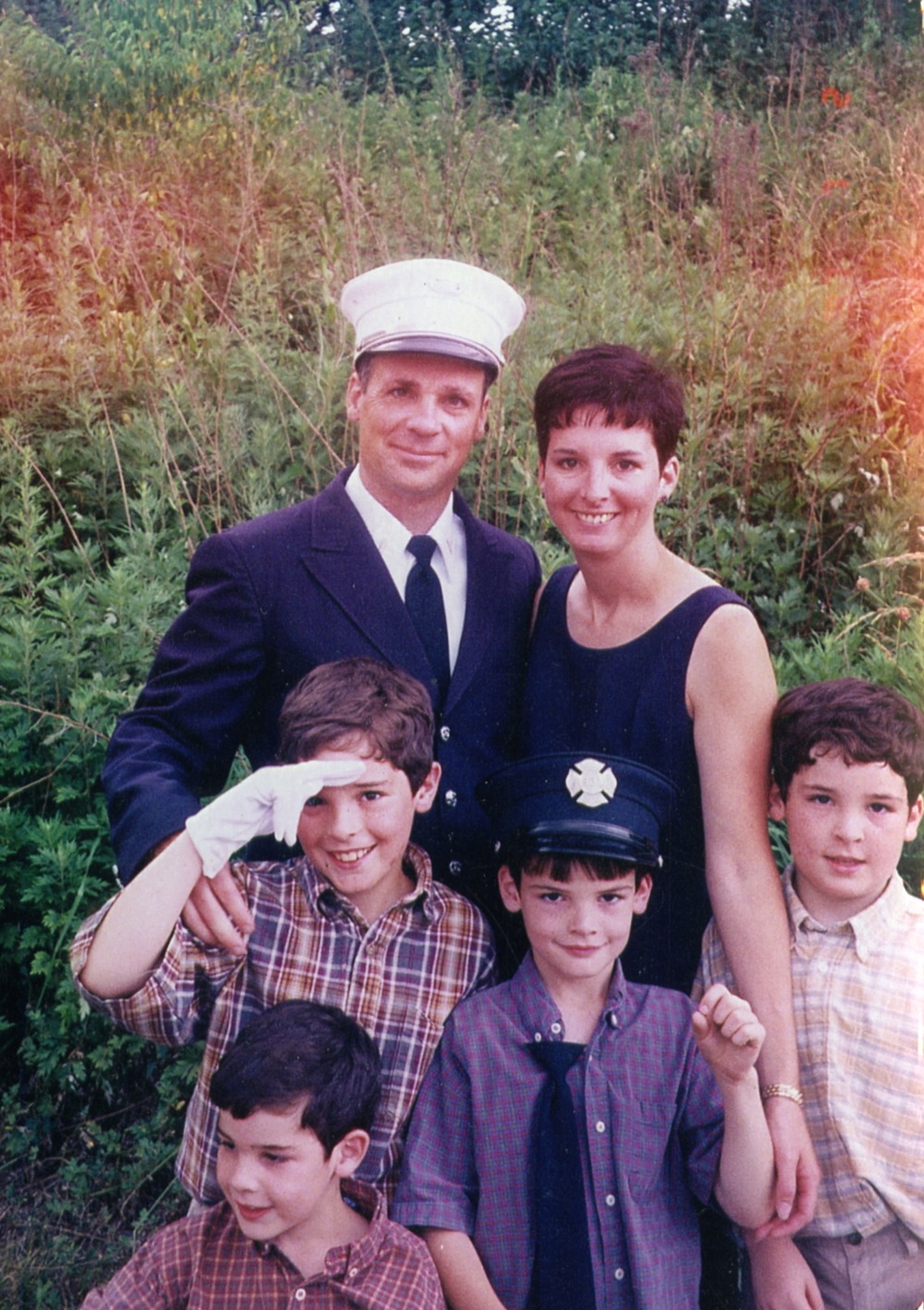 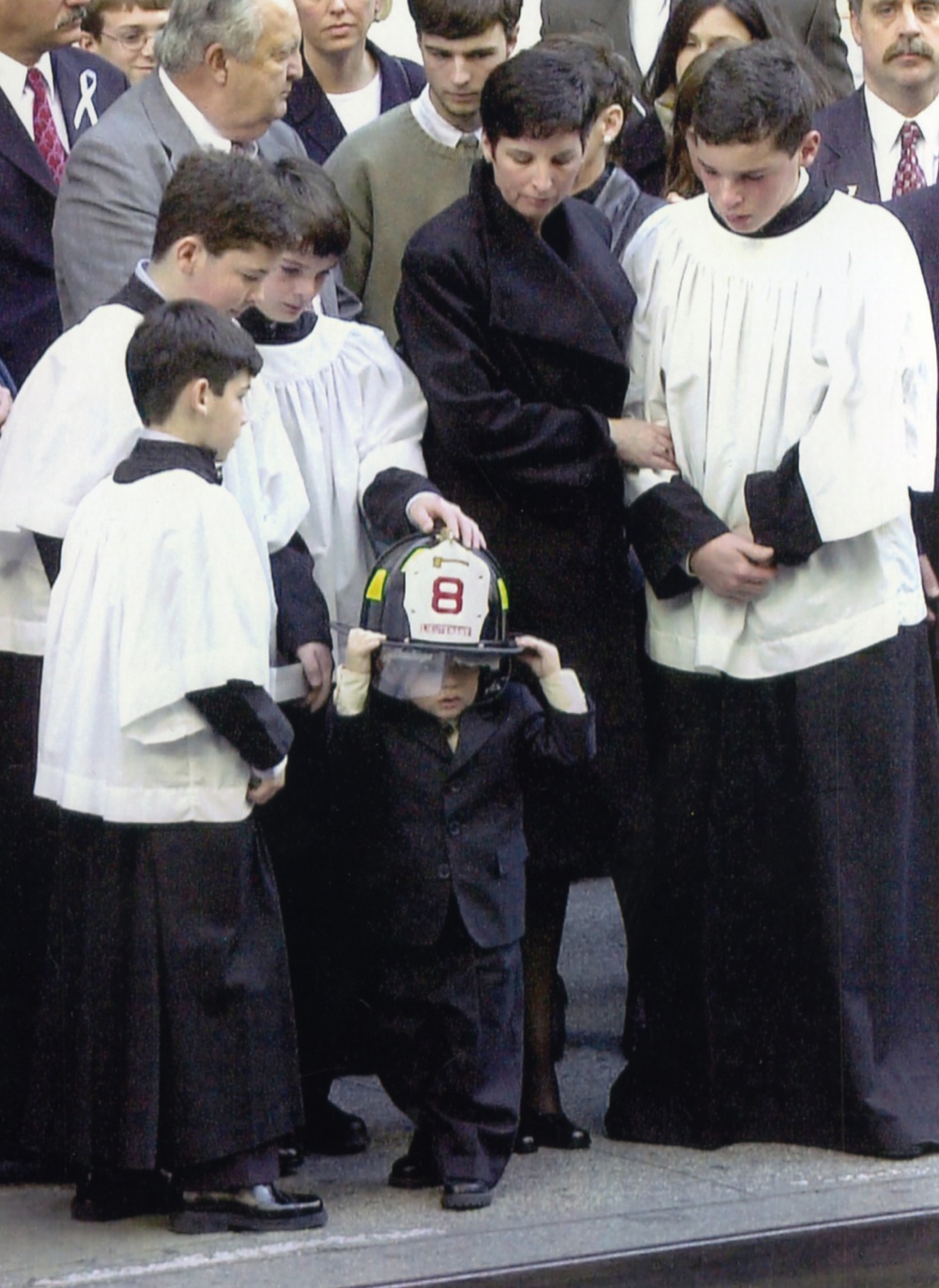 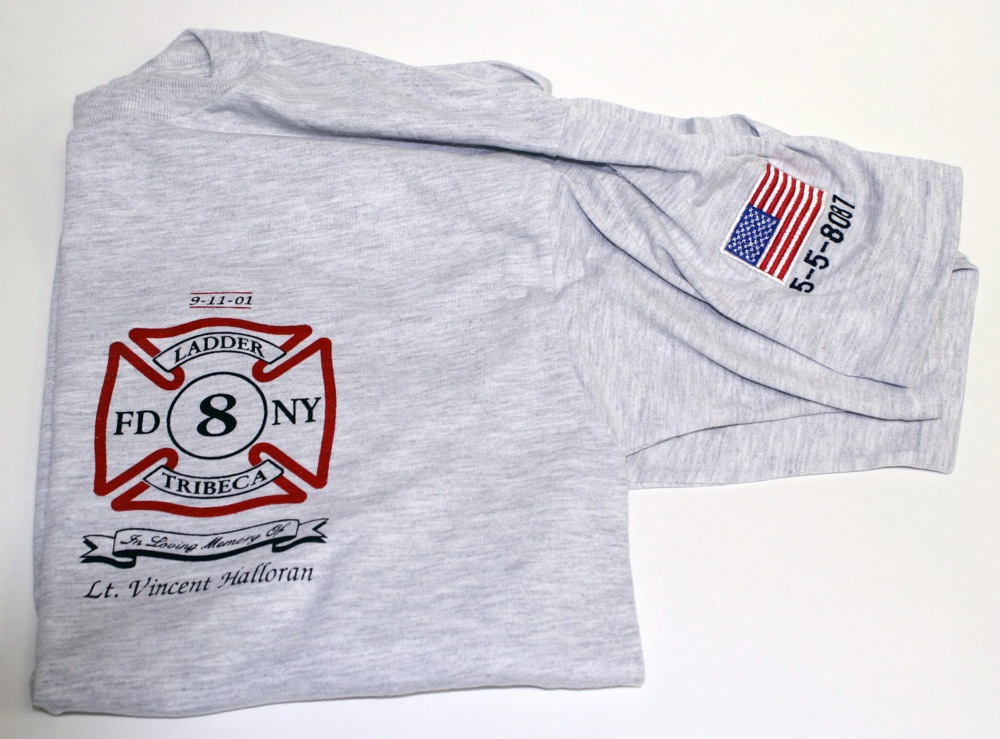 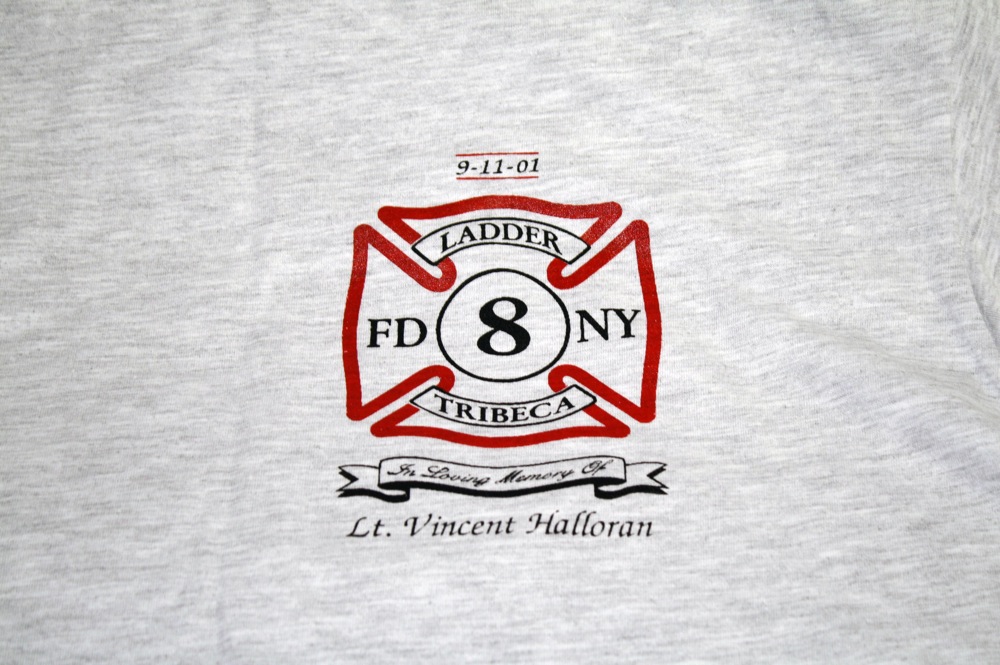 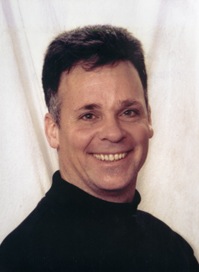 Vincent G. Halloran‚ 43‚ lieutenant‚ FDNY‚ Ladder 8. A veteran of 20 years‚ he served as a firefighter with Engine 262 in Queens and with Engine 43 in the Bronx. A father of five children‚ Halloran and his wife were expecting their sixth child. The same calm manner he brought to the firehouse served him well at home. He included his children’s friends on family trips‚ and every summer he and his wife had kids from Ireland come to stay with the family.

Alot of firefighters have second jobs. Vincent Halloran had a nonpaying but extraordinarily rewarding second job in his children. He and his wife, Marie, had five of them (she is expecting a sixth on May 17, their wedding anniversary). Around the firehouse, some of his colleagues would say, "I can hardly handle my two kids. How do you do it with five?"

He would just laugh. He did just fine with five. He had a cool demeanor that left him unruffled if one of the kids was crying while another was running his toy truck over his foot and one of the others had to eat, and eat immediately.

Lieutenant Halloran, 43, who was with Ladder Company 8 in TriBeCa and lived with Mrs. Halloran and the children in North Salem, N.Y., took it all in stride. He ran the house, as his wife put it, like a camp. There was a wide age range — Jake, 15, Conor, 13, Aidan, 12, Kieran, 9, and Declan, 2 — but he arranged activities for all of them.

They'd go fishing, boating, camping, swimming. Crowded as these activities could get, when Lieutenant Halloran took the children camping, he told each of them to invite a friend along. If that wasn't enough, during the summer, the Hallorans welcomed children from Ireland to stay with them, further swelling their ranks. "What can I say," Mrs. Halloran said. "He just loved kids."

HALLORAN-Vincent Gerard. Of North Salem NY, was lost in the line of duty while serving as a Lieutenant for the New York City Fire Department at the World Trade Center on September 11, 2001. He was 43. Beloved husband of Marie and a devoted and loving father to his sons Jake 15, Conor 13, Aidan 12, Kieran 9, and Declan 2. Another child is due in May. As a Lieutenant, he was deployed to lead his men in the evacuation of the North Tower. As a true hero, he placed his men's lives, and those of countless others, before his own. He began his career as a firefighter at Engine 262 in Astoria, Queens and later served at Engine 43 in the Bronx prior to being assigned to Ladder 8 in NYC, as a Lieutenant. He celebrated his twentieth year with the FDNY on September 5, 2001. He was born in Flushing, NY to Joseph and M. Alice Halloran in 1958. Vincent attended St. Kevin's Parochial School, St. Francis Prepartory School and took various courses at the City College of New York, the New York Institute of Technology and the Empire State College. In addition to his wife and children, Vincent is survived by his mother, M. Alice of Flushing and his siblings, Maureen, Terence, Patricia and James, their spouses and children. He will also be greatly missed by his father-in-law and mother-in-law Ernest and Theresa Parkanzky of Van Wert Ohio, his brothers and sisters-in-law, Dan, Karen, Connie, Paul and John, their spouses and children. He is predeceased by his father Joseph who passed away in 1991. Vincent will be remembered by those who knew him and loved him as a man who showed his care and concern for all he met, who graced others with his overwhelming generosity, who proudly displayed his love for children and as a man who always shared his brilliant smile and love of life. If we follow his example, we too can make a difference. In lieu of flowers, your contribution to the UFA Widows' and Children's Fund or the Northern Ireland Children's Enterprise (Mount Kisco) in Vincent's name would be greatly appreciated. A Memorial Mass will be held on November 9, 2001 at 9:30AM at the Cathedral of St. Patrick, NY NY. Gone but not forgotten. Paid notice published in THE NEW YORK TIMES on November 7, 2001