We picked Michael's name at a

We picked Michael's name at a 9/11 anniversary event. My 7 and 10 year old daughters, my husband and I will always remember him on this day.

Posted by Kim and Lauren McKeen 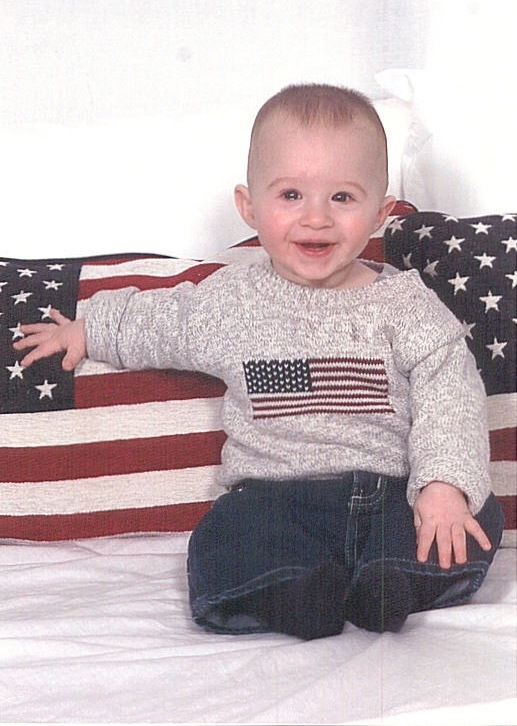 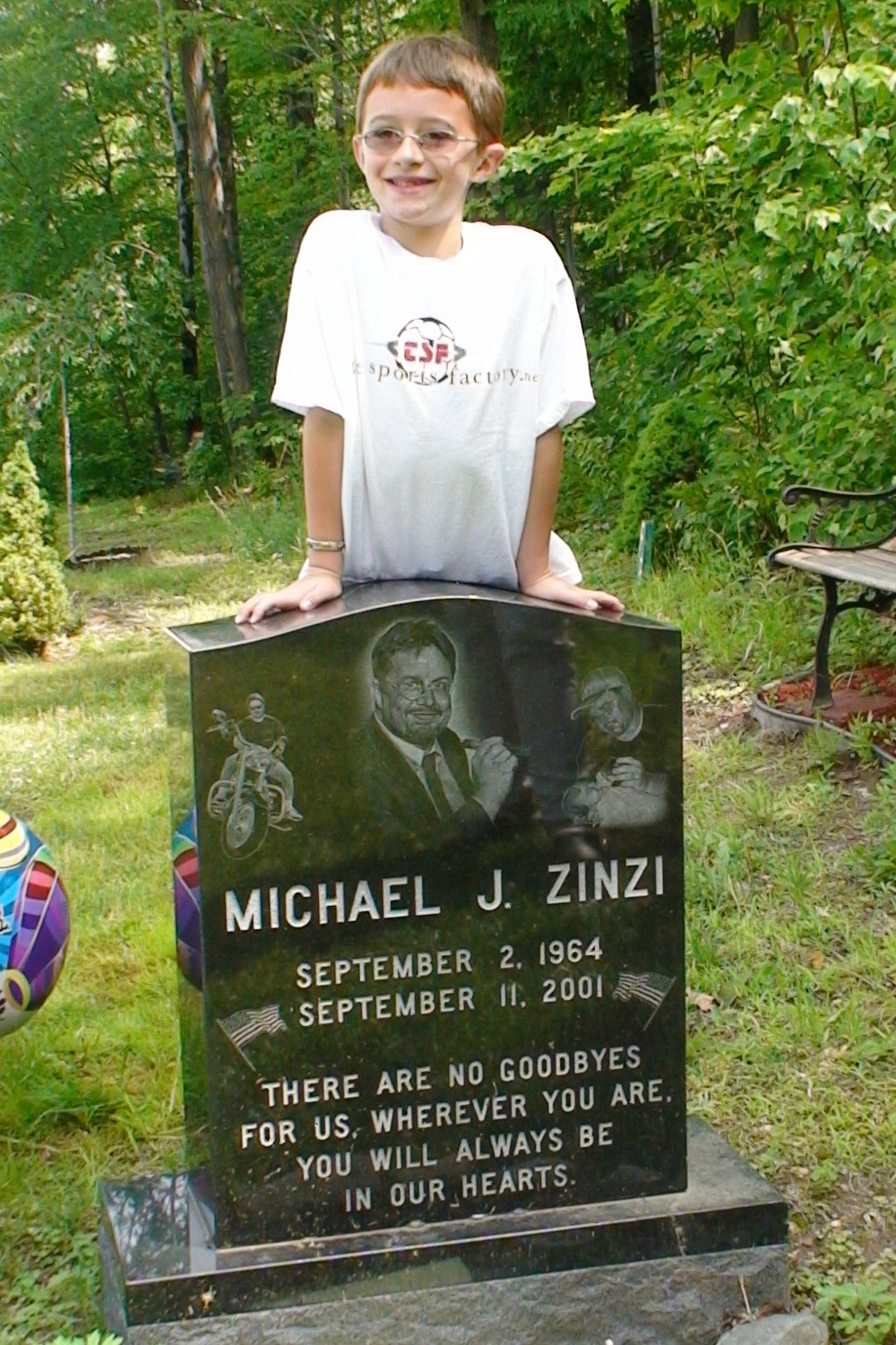 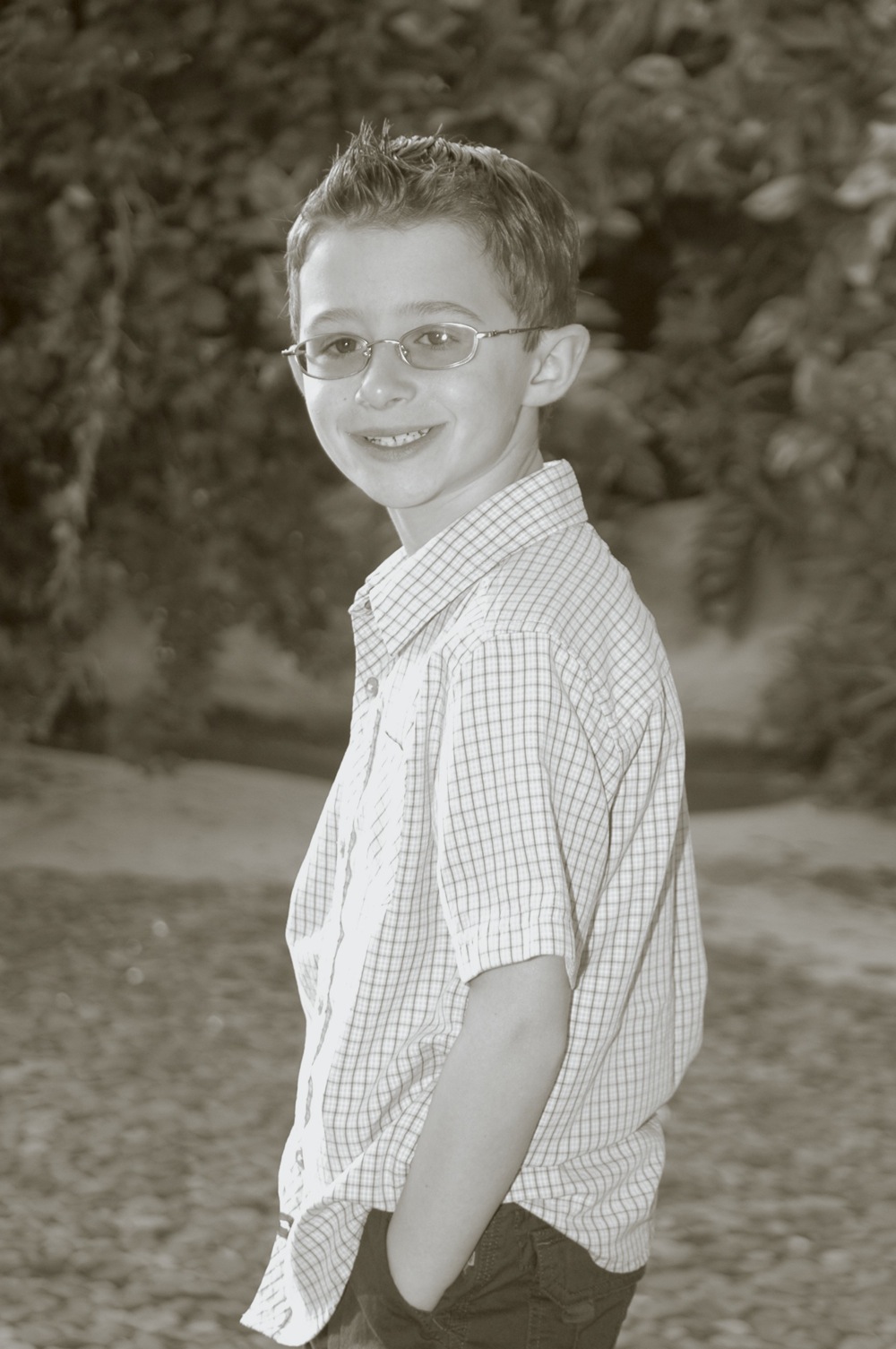 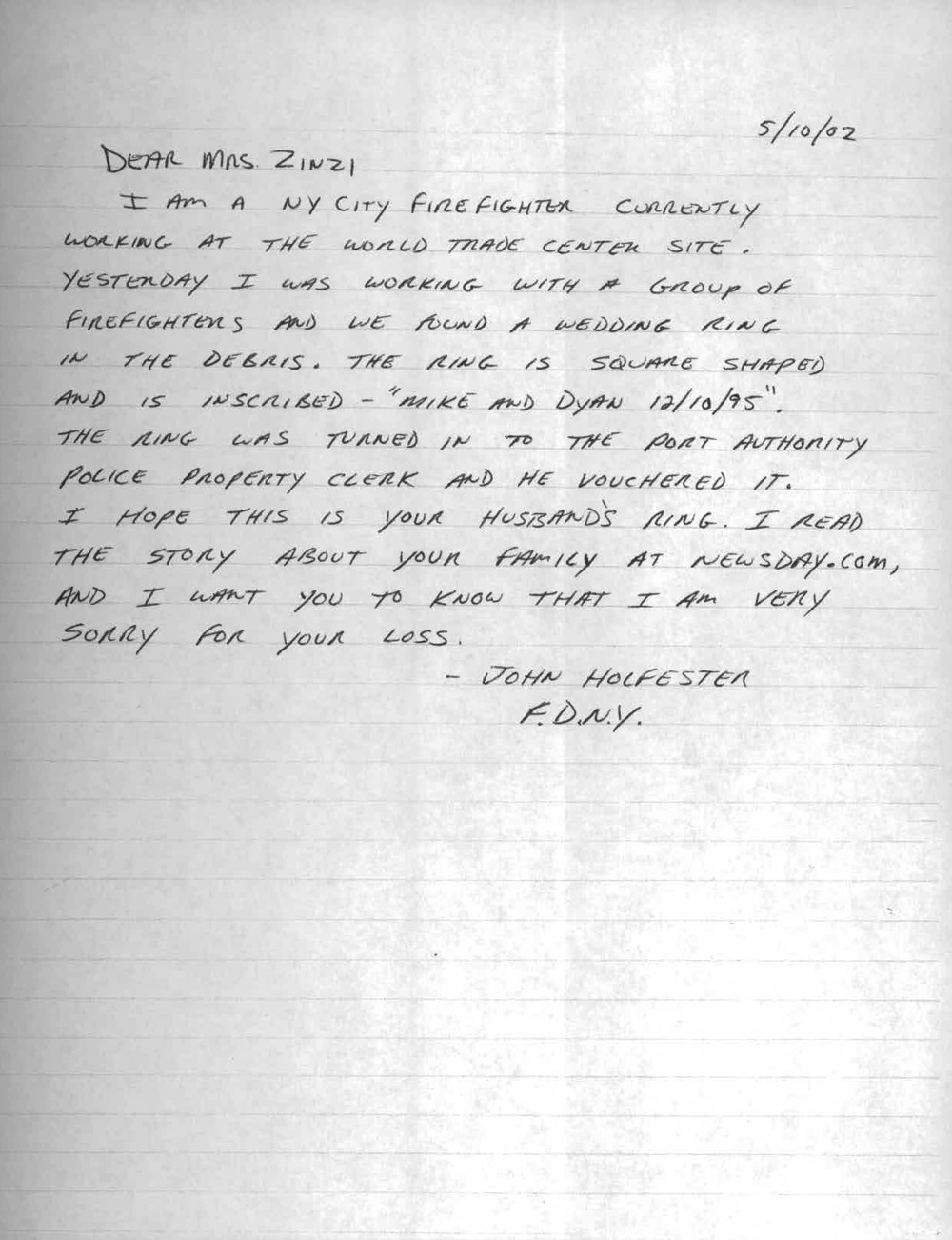 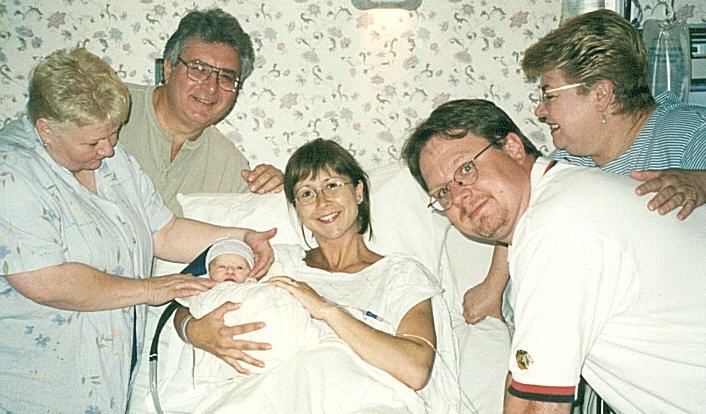 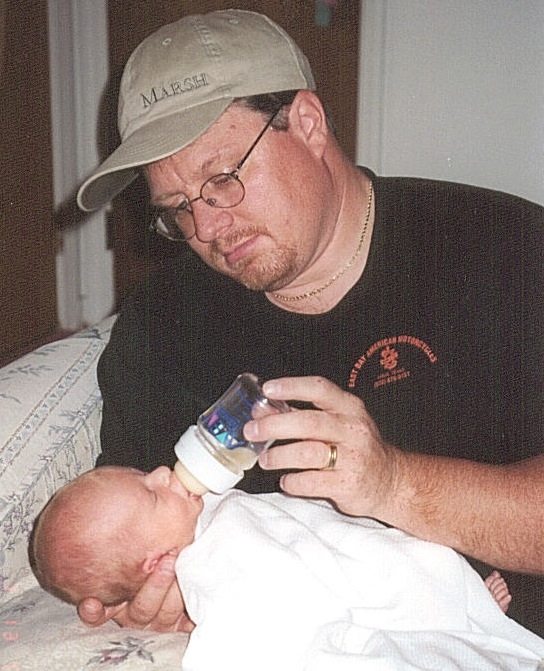 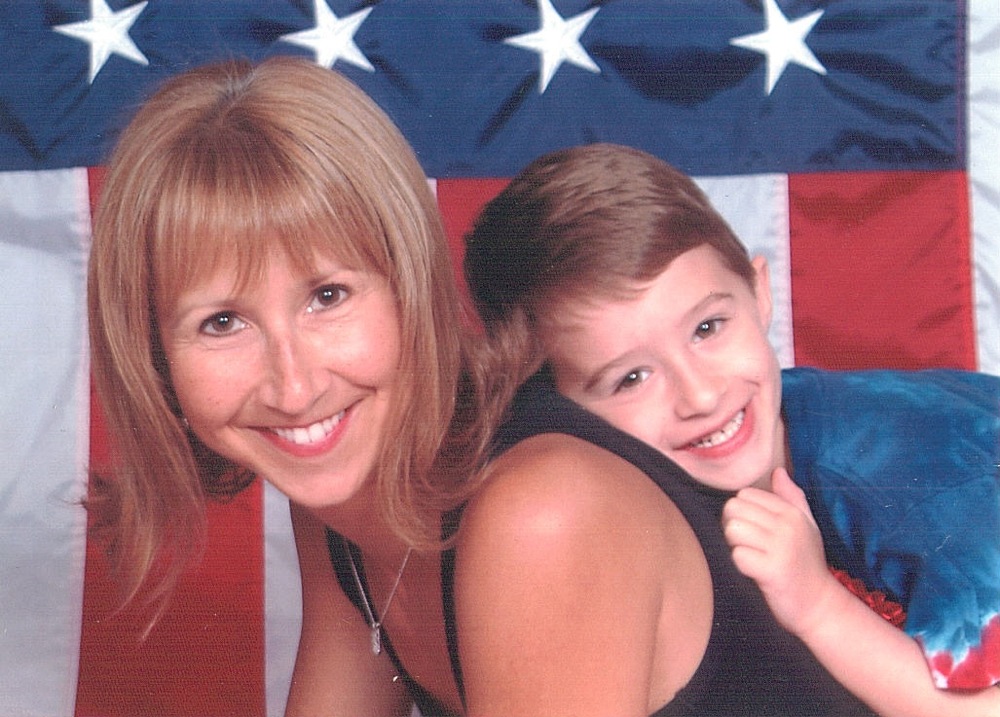 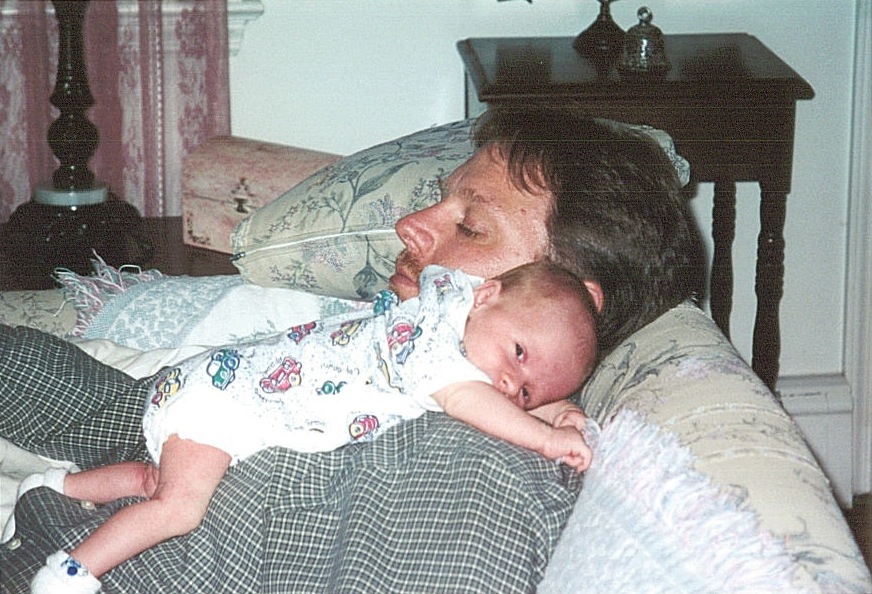 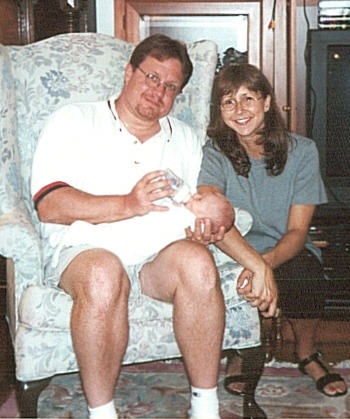 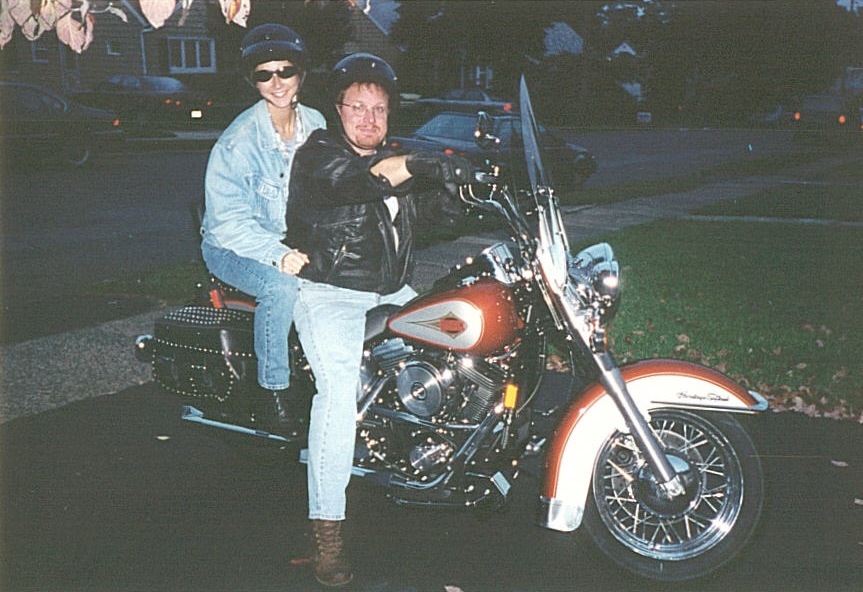 Dyan and Mike on his Harley 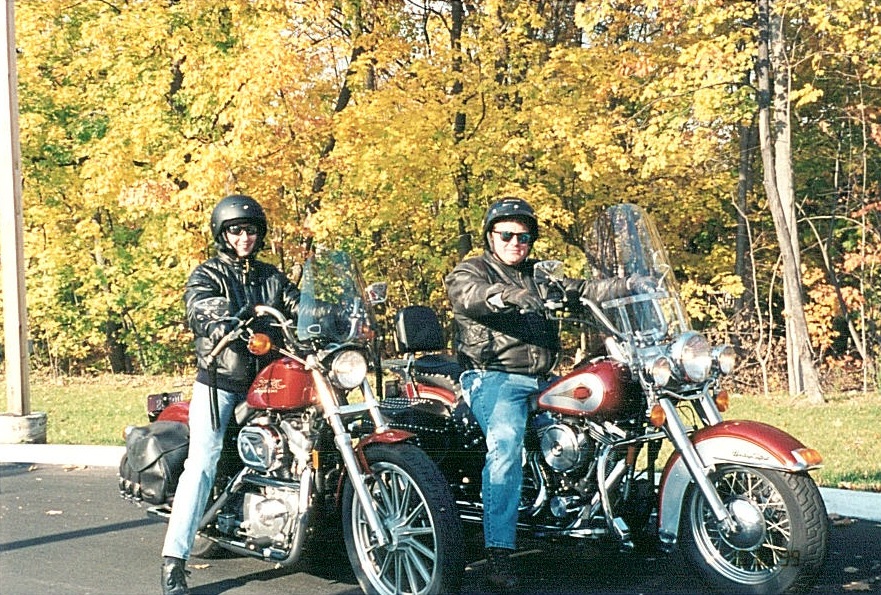 Dyan and Mike on our Harleys 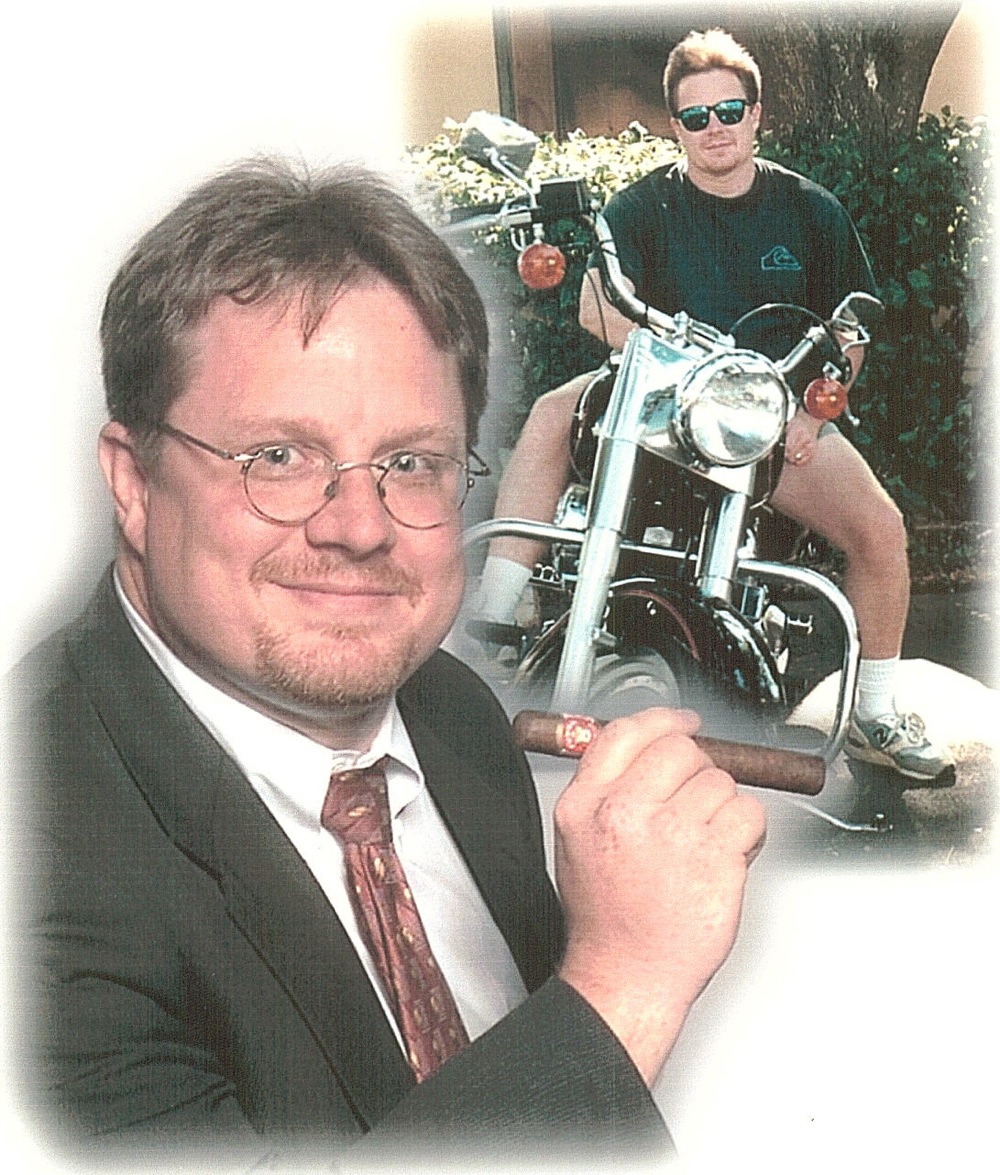 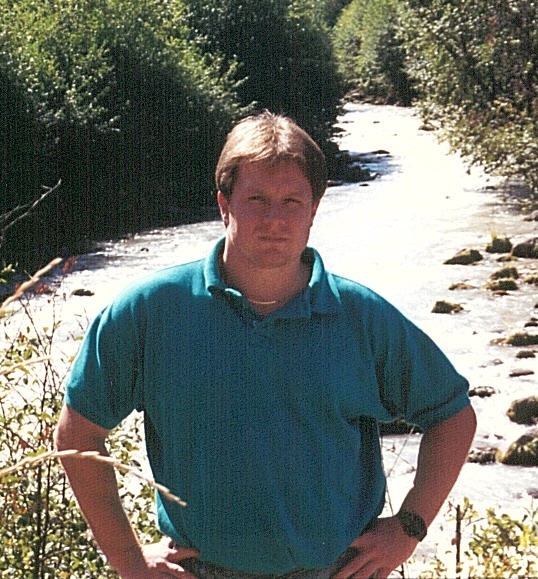 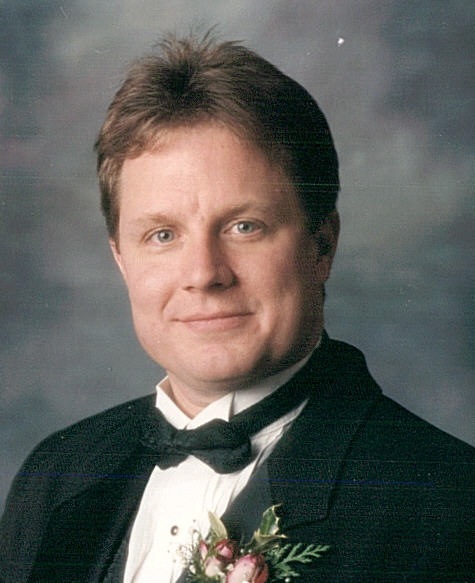 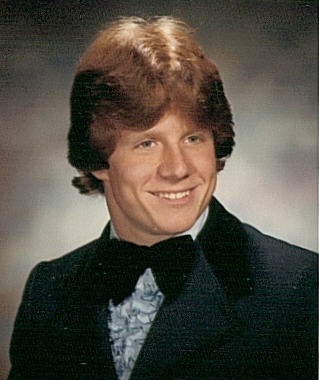 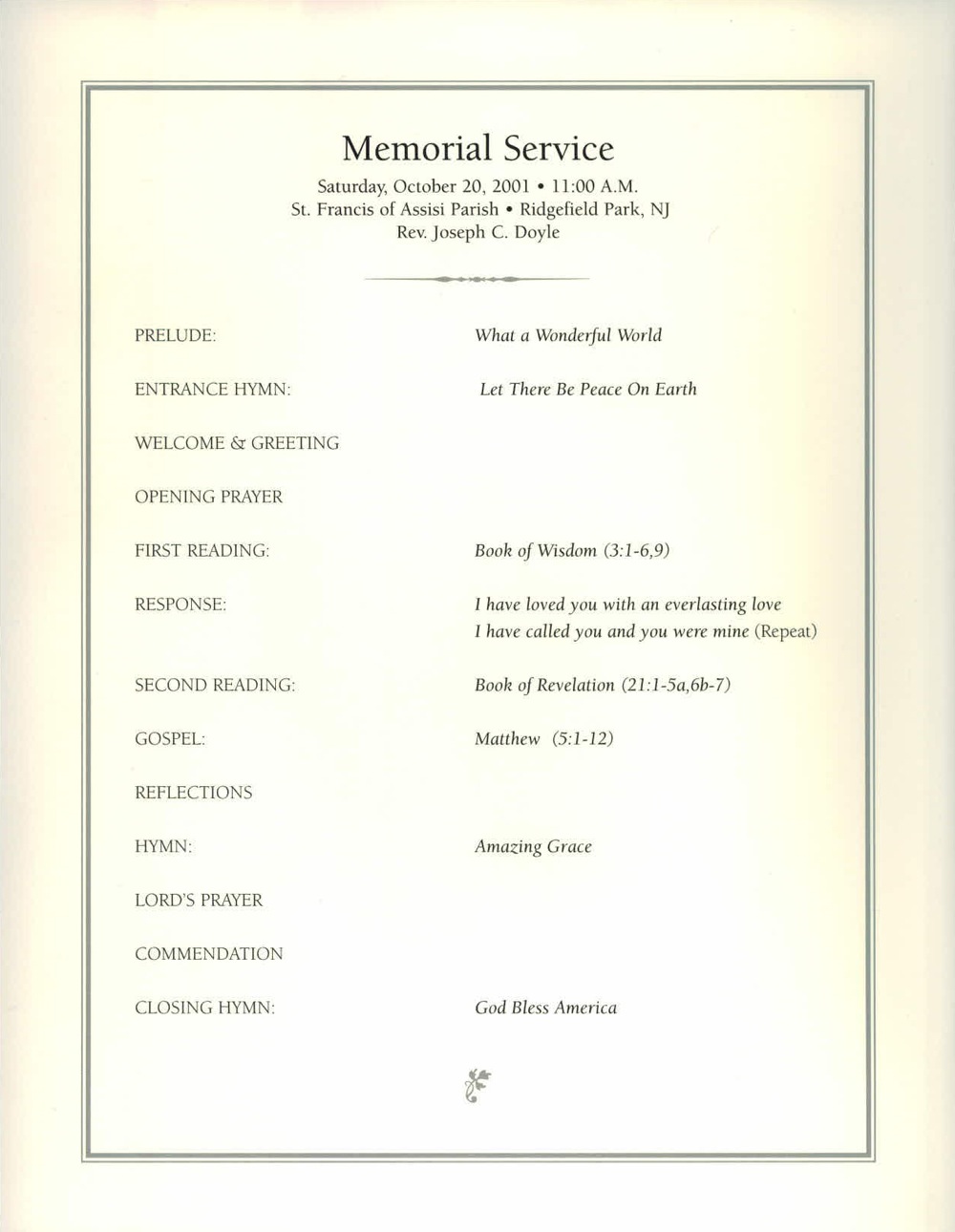 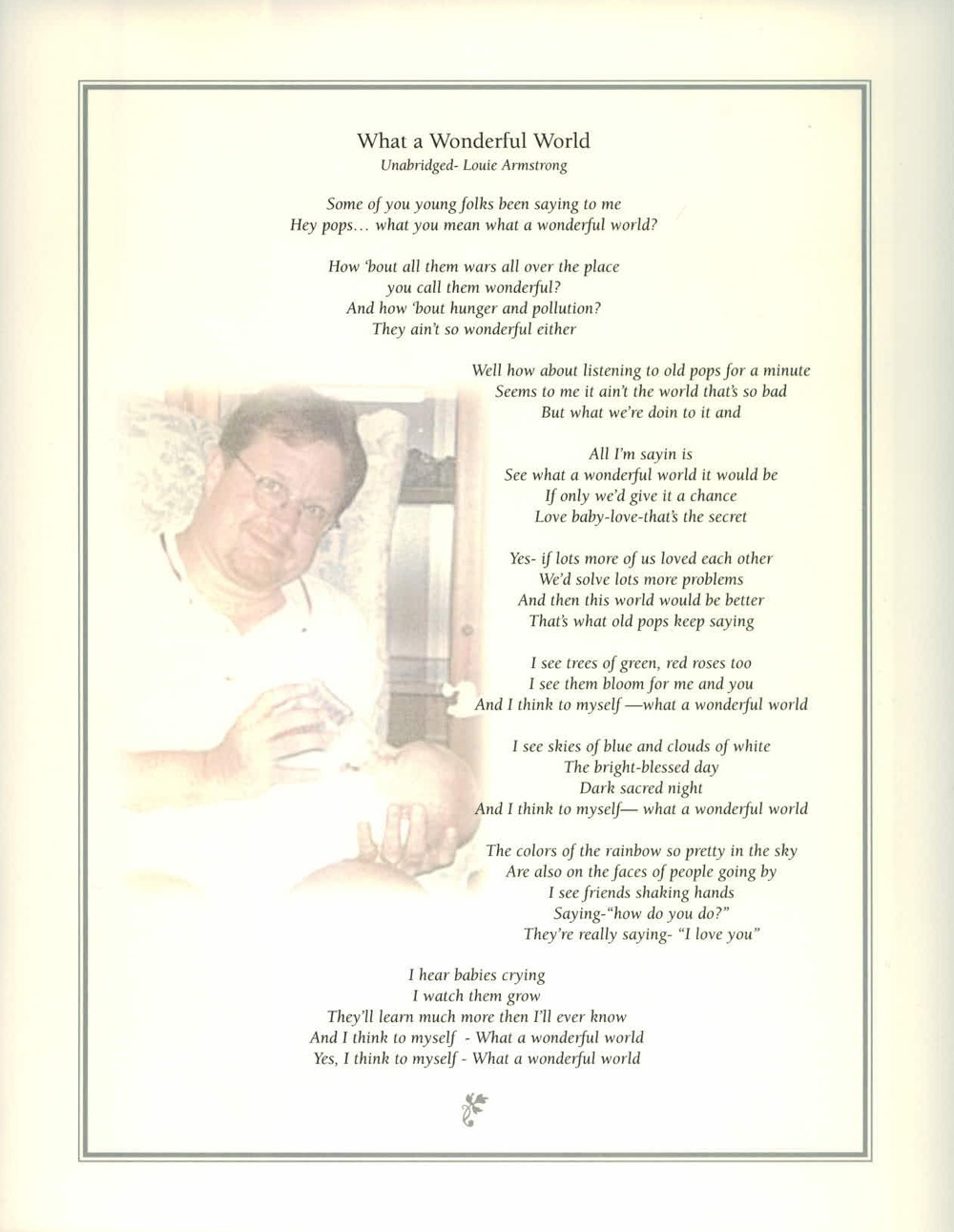 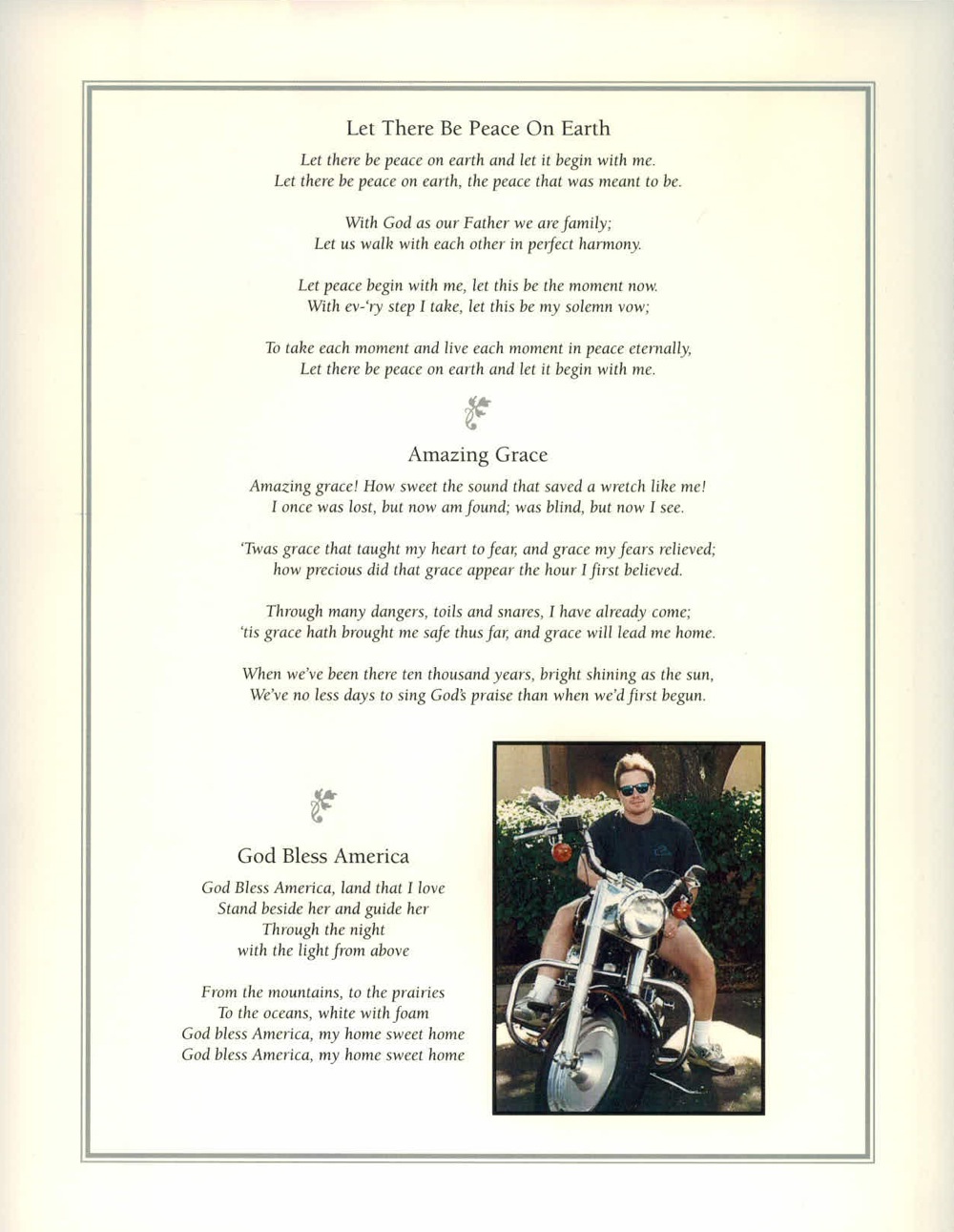 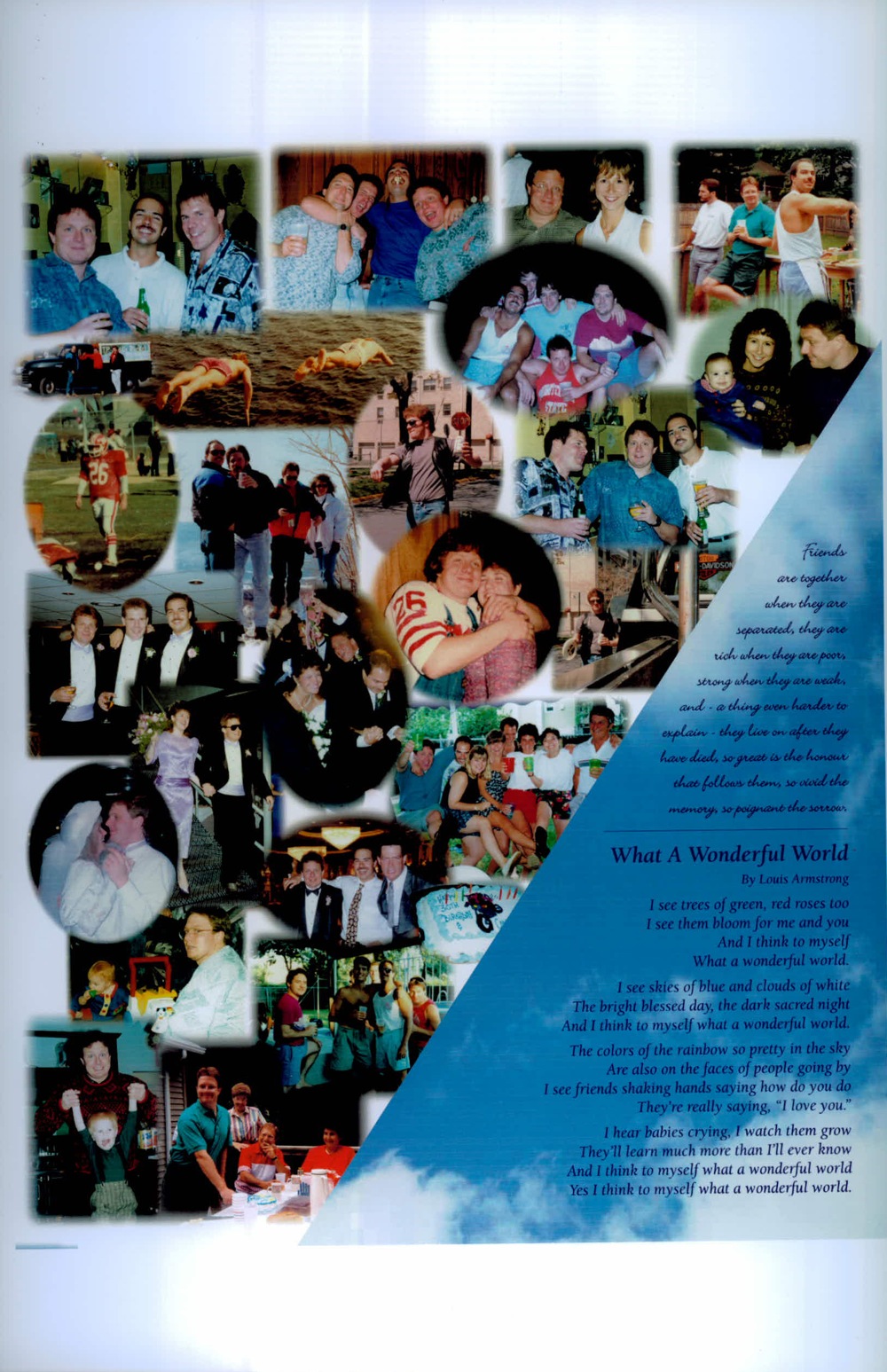 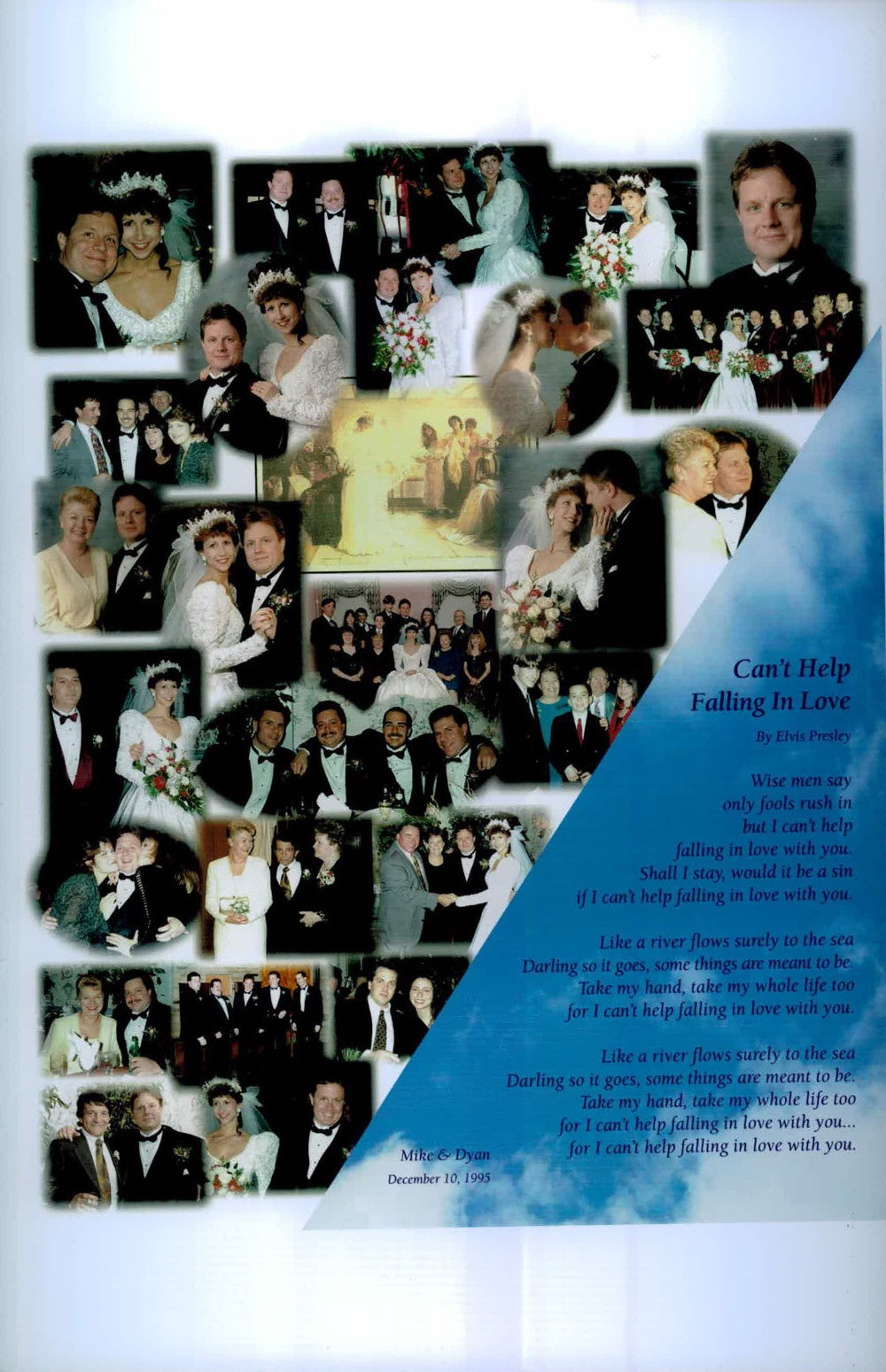 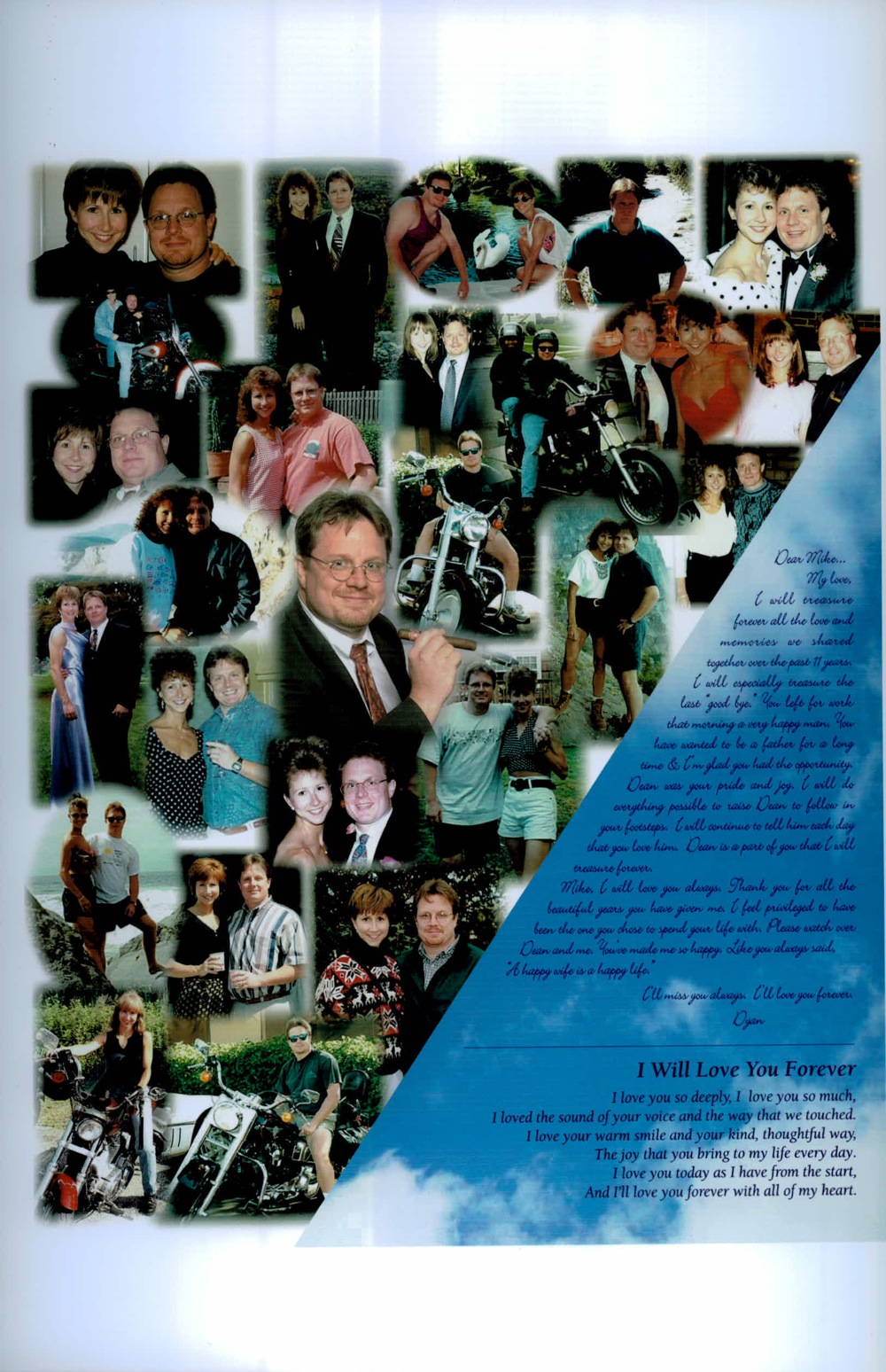 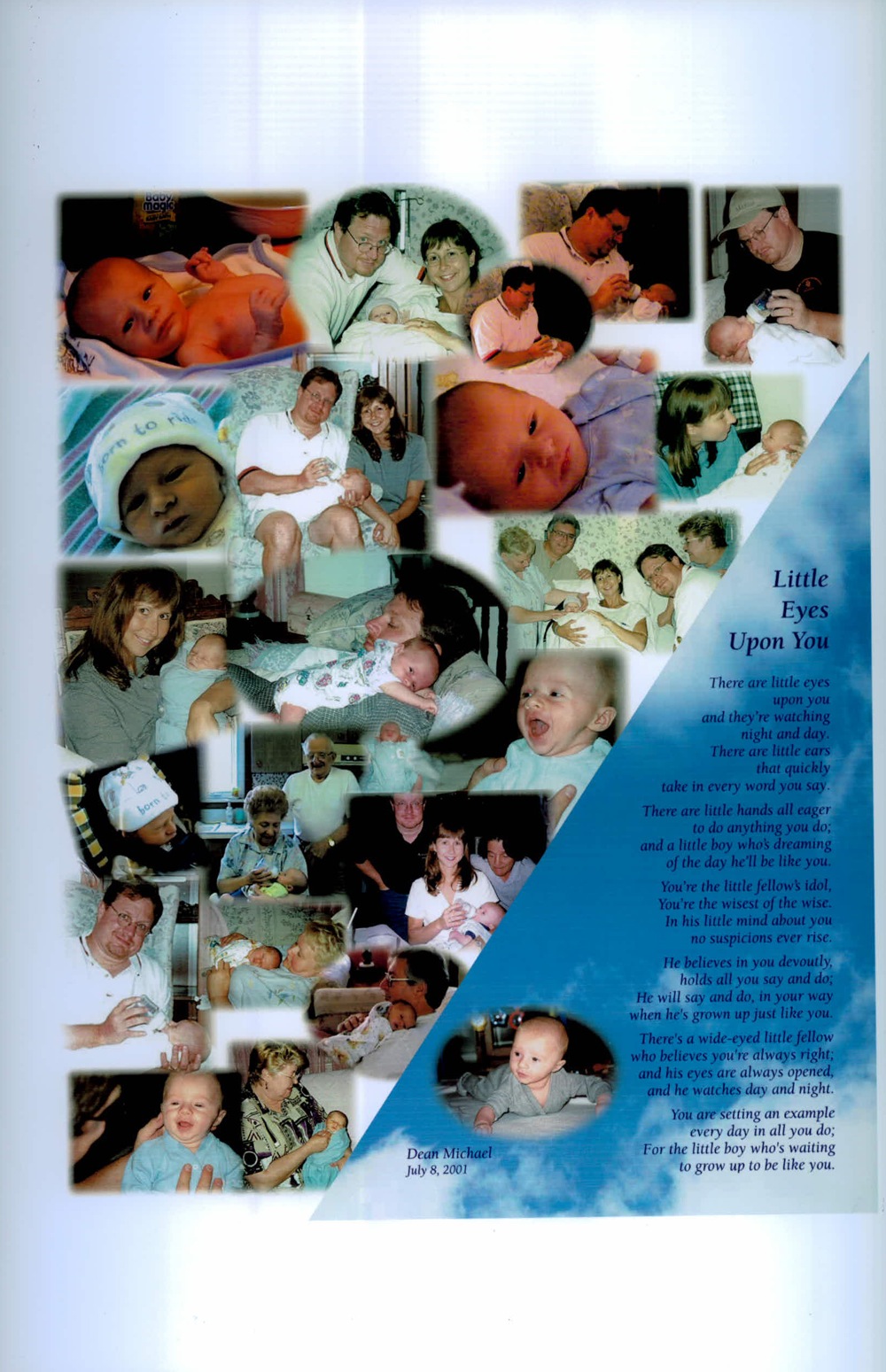 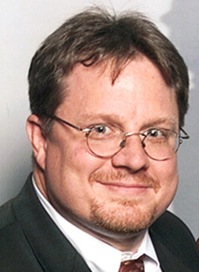 Not long after he got married, Mike Zinzi wanted to become a father; his wife, Dyan, hoped to enjoy a few years together before starting a family. She bought him a Harley-Davidson motorcycle, a passion from his younger years. He, in turn, bought one for her and, although she was at first apprehensive, together they rode through the hills and small towns of New England. They went to Motorcycle Week in 1999 in Laconia, N.H. Two summers ago, they rode to Vermont and stayed with a neighbor from Newfoundland, N.J., who owned a vacation home in the mountains. "I wanted to enjoy a couple of years of doing that with Mike," Dyan Zinzi said. On July 8 of this year, Mike and Dyan's first child, Dean Michael, was born. Two months later, on the morning of Sept. 11, Mike Zinzi kissed his wife and son before leaving for work. It was 6:40 a.m. "He was looking at the baby and saying, `He's such a good boy,'" Dyan Zinzi recalled. "He was so happy. He wanted to be such a good dad, and he was." Mike Zinzi, 37, a certified public accountant at Marsh & McLennan, worked on the 100th floor of the World Trade Center's north tower. His wife saw the catastrophe unfold on a morning television news show. His office phone was dead. She left an urgent message on his cell phone voice mail. Zinzi, like thousands of others, has not been located. Friends and relatives posted missing fliers around the city, and Dyan Zinzi provided hair from her husband's motorcycle helmet for DNA testing. Last week, she filled out the paperwork for a death certificate. A memorial service is planned for Oct. 20 in Zinzi's hometown of Ridgefield Park, N.J. Dyan Zinzi plans to sell her Harley and give her husband's Heritage Classic to his brother. But she'll keep the antique 1956 K-Model that Zinzi and his father rebuilt 20 years ago. Before Dean Michael came along, the motorcycle was Mike Zinzi's pride and joy. Dyan Zinzi will save it for their son. Profile courtesy of THE CHICAGO TRIBUNE. Michael Zinzi, 37, Harley was a joy Michael Zinzi loved motorcycles. He owned three, but his favorite was a classic 1956 K-model Harley-Davidson he and his father picked up in Texas and rebuilt. "That's his pride and joy," said his wife, Dyan, who is also a motorcycle enthusiast and recalled trips she and her husband took to Vermont and upstate New York. Mr. Zinzi, 37, of Newfoundland, rode his special motorcycle a few weeks ago in the Elvis Run, a huge annual gathering of bikers and motorcycles, paying tribute to a Newark firefighter who was killed in the line of duty in 1994. "He was very sensitive and thoughtful," Mrs. Zinzi said of her husband. Hired in January, Mr. Zinzi worked as a vice president and certified public accountant for Marsh & McLennan, an insurance company located in One World Trade Center. His office was on the 100th floor and he would have been there at the time of the terrorist attack. "It looked like the plane hit right on his floor," his wife said. "I tried calling him on both his cell and office phones. I had to end up leaving a message. I told him to get the heck out of there, that I was watching everything on TV and that I hoped he was okay, and then said, 'I love you.' And that was it." Mrs. Zinzi said she knows her husband, formerly of Ridgefield Park, would have phoned if there was time. "I just think it happened so quickly and he didn't know what hit him. That's what I'm living on," she said. Mrs. Zinzi said she was able to share a last kiss with him as they said goodbye around 6:40 a.m. She was feeding the couple's 9-week-old son, Dean, whom he adored. "Just a day or two prior, I told him how happy I was and he told me how happy he was at this point in his life. He said he had everything," she said. Mr. Zinzi graduated in 1990 with an accounting degree from Montclair State University. It took him 10 years because he took classes at night and worked a daytime accounting job at a Clifton firm where he met his wife. "I worked in the company's health and fitness center and he would come in to work out. It was exactly 11 years ago today that I asked him out on a date," Mrs. Zinzi said yesterday, noting she had asked co-workers about the the easygoing, "good-looking red- head" she would marry five years later. "He loved his wife and his son. He loved life," said Sue Kievit of Kinnelon, a close friend, along with her husband, Ken. Mr. Zinzi is also survived by his mother, Madeline Placek of Morris Plains; his father, Samuel Zinzi, formerly of Ridgefield Park, and a brother, Samuel of Hackensack. A memorial service has been planned for Oct. 20 at St. Francis Church, 114 Mt. Vernon St., Ridgefield Park. In lieu of flowers, donations may be made to the Dean Michael Zinzi Trust Fund, 4 Bennington Drive, Medford, N.J. 08055. Profile by Angela Stewart published in THE STAR-LEDGER.