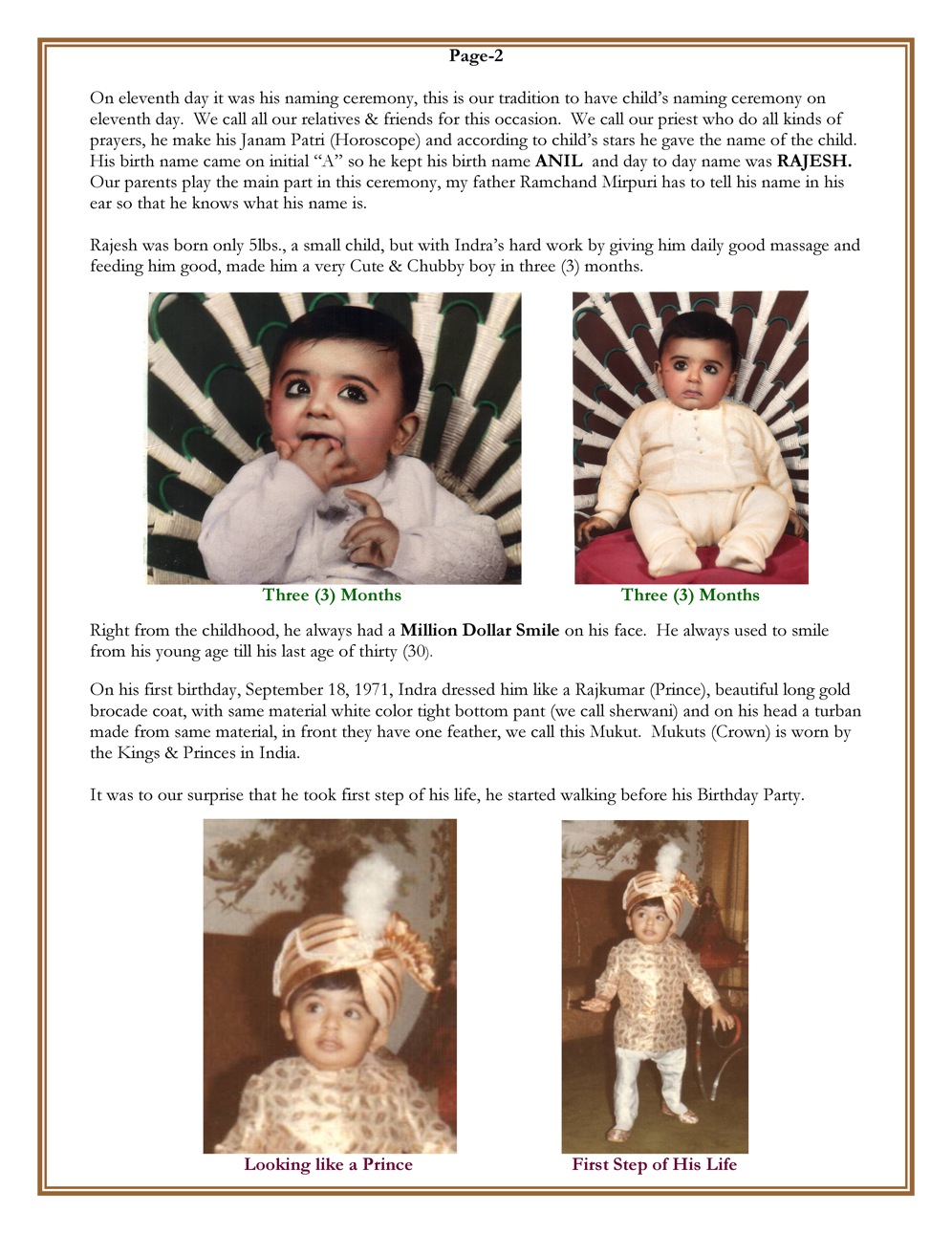 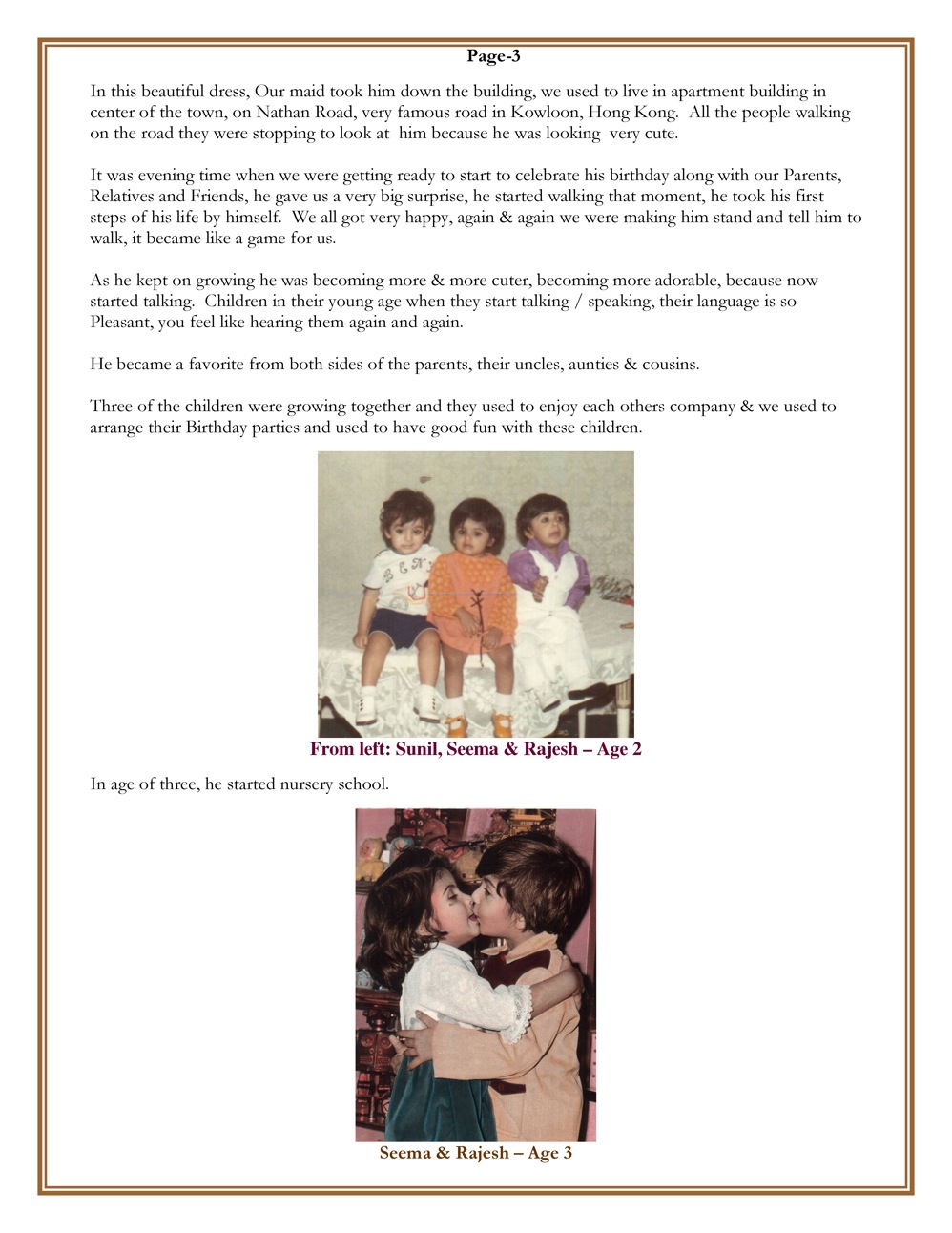 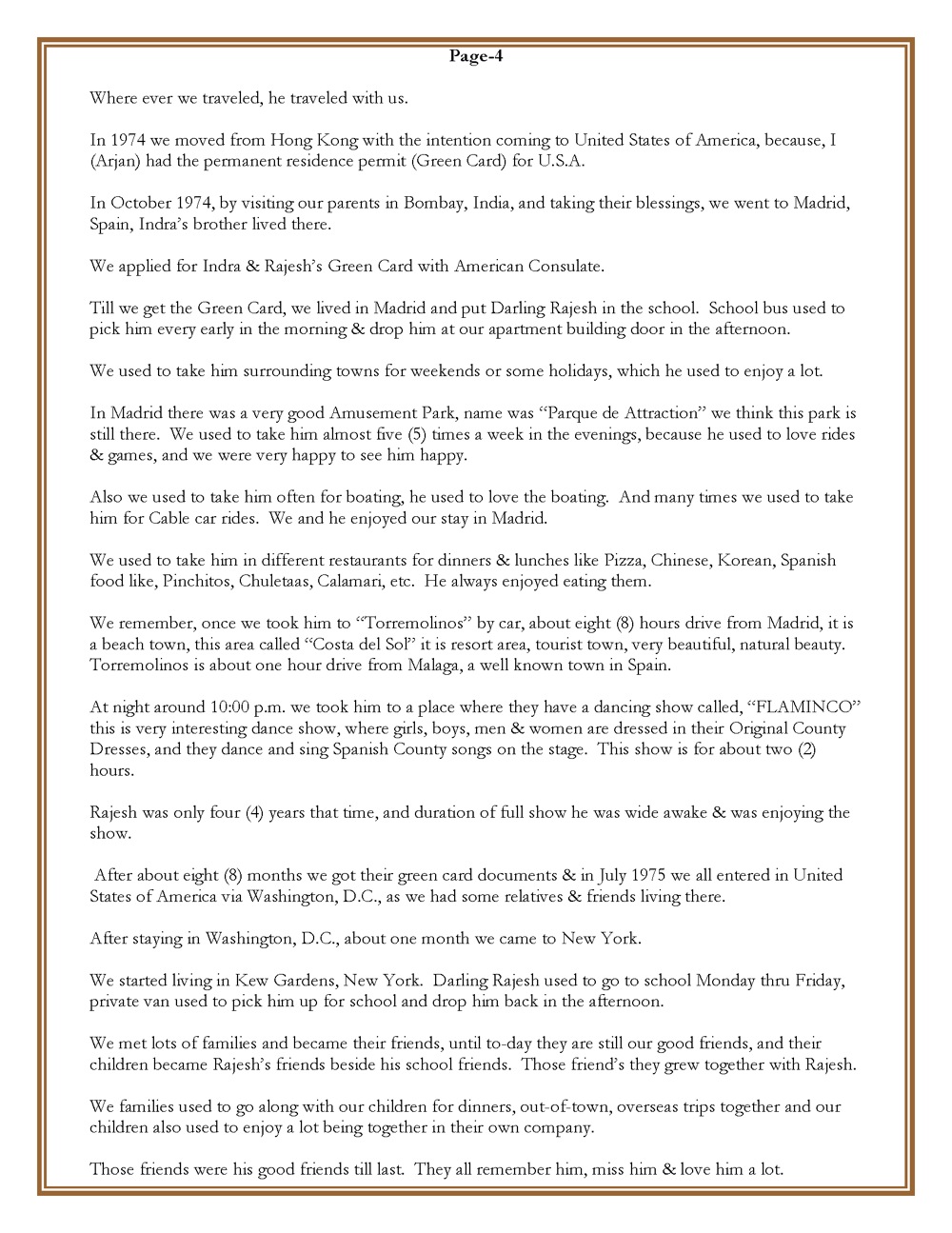 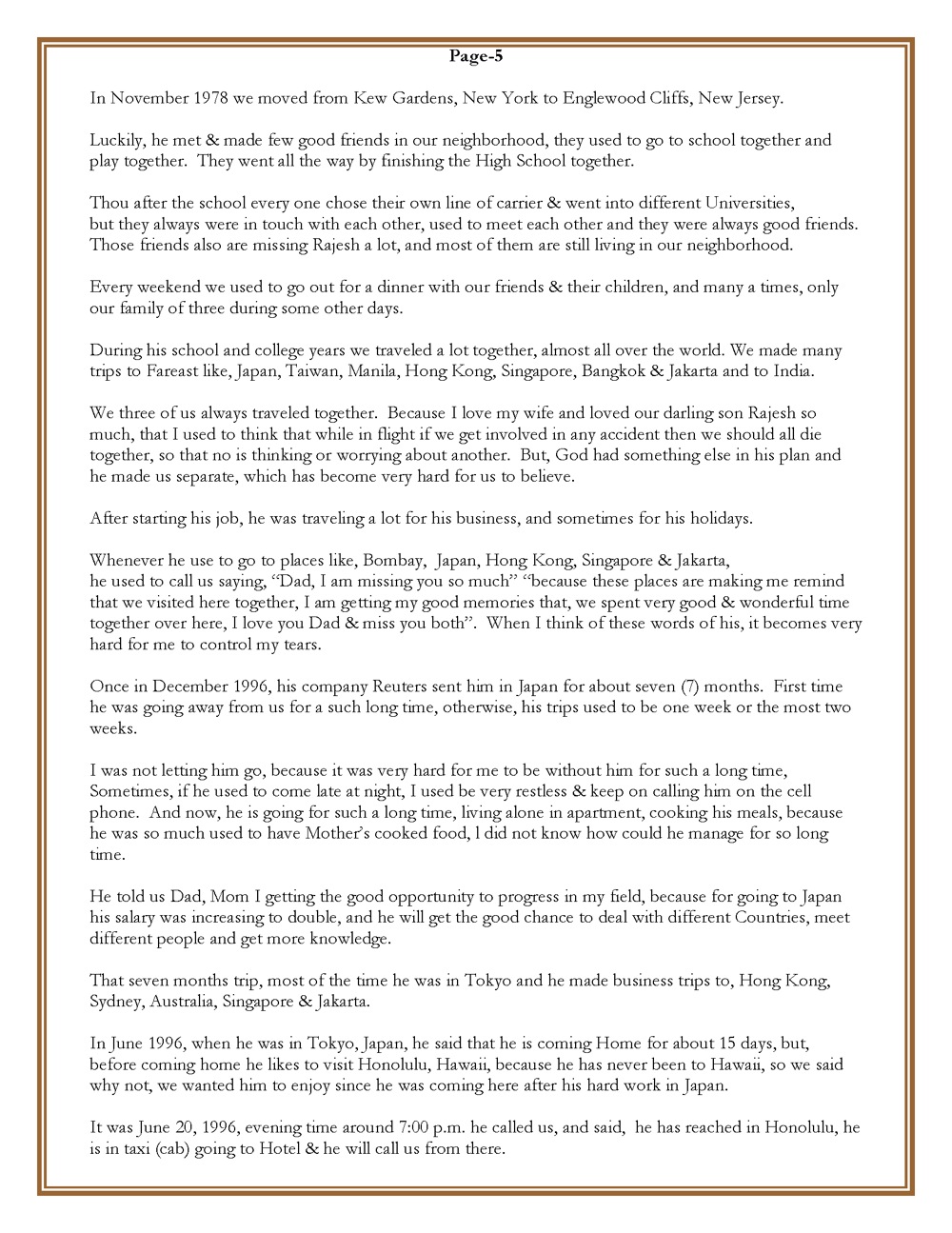 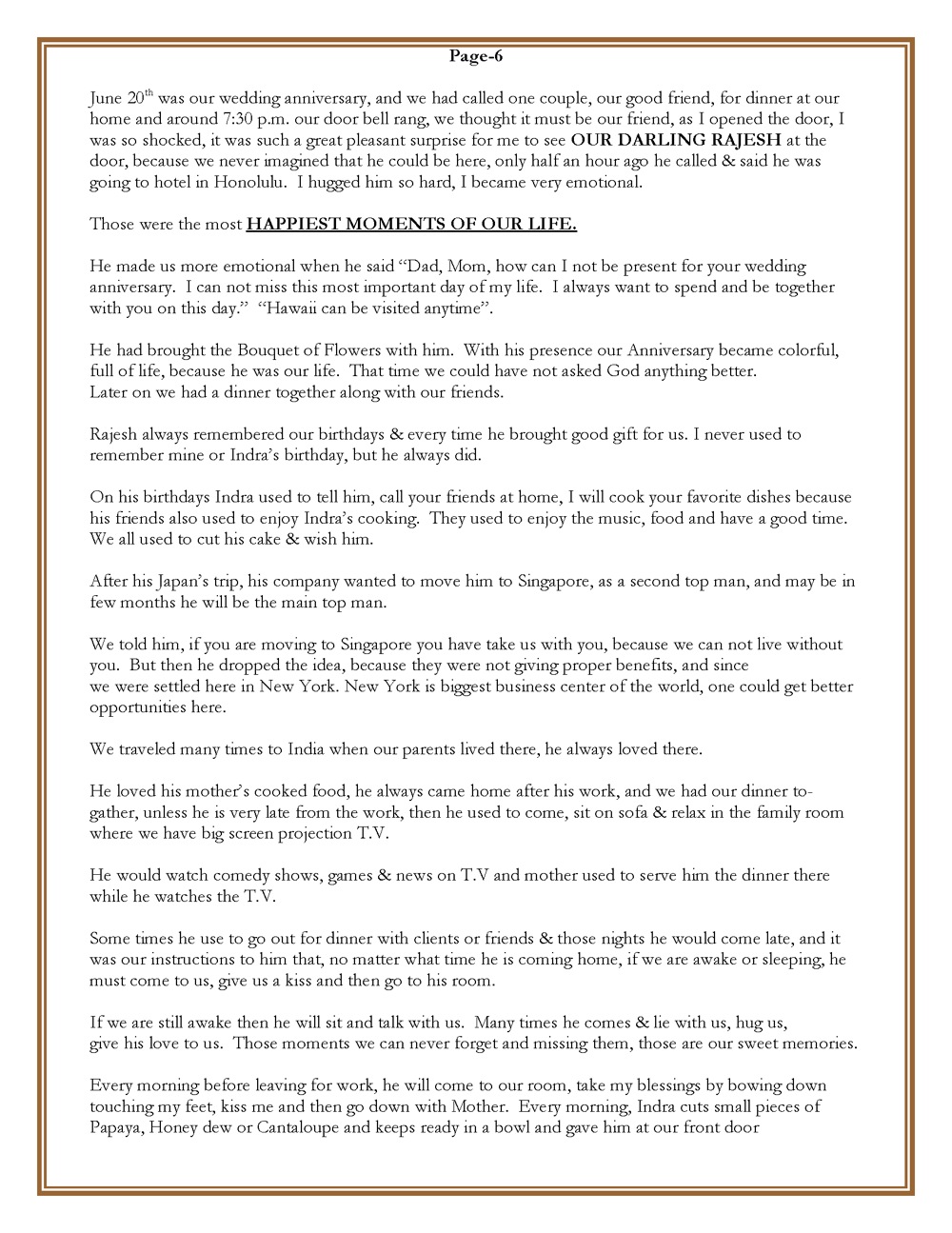 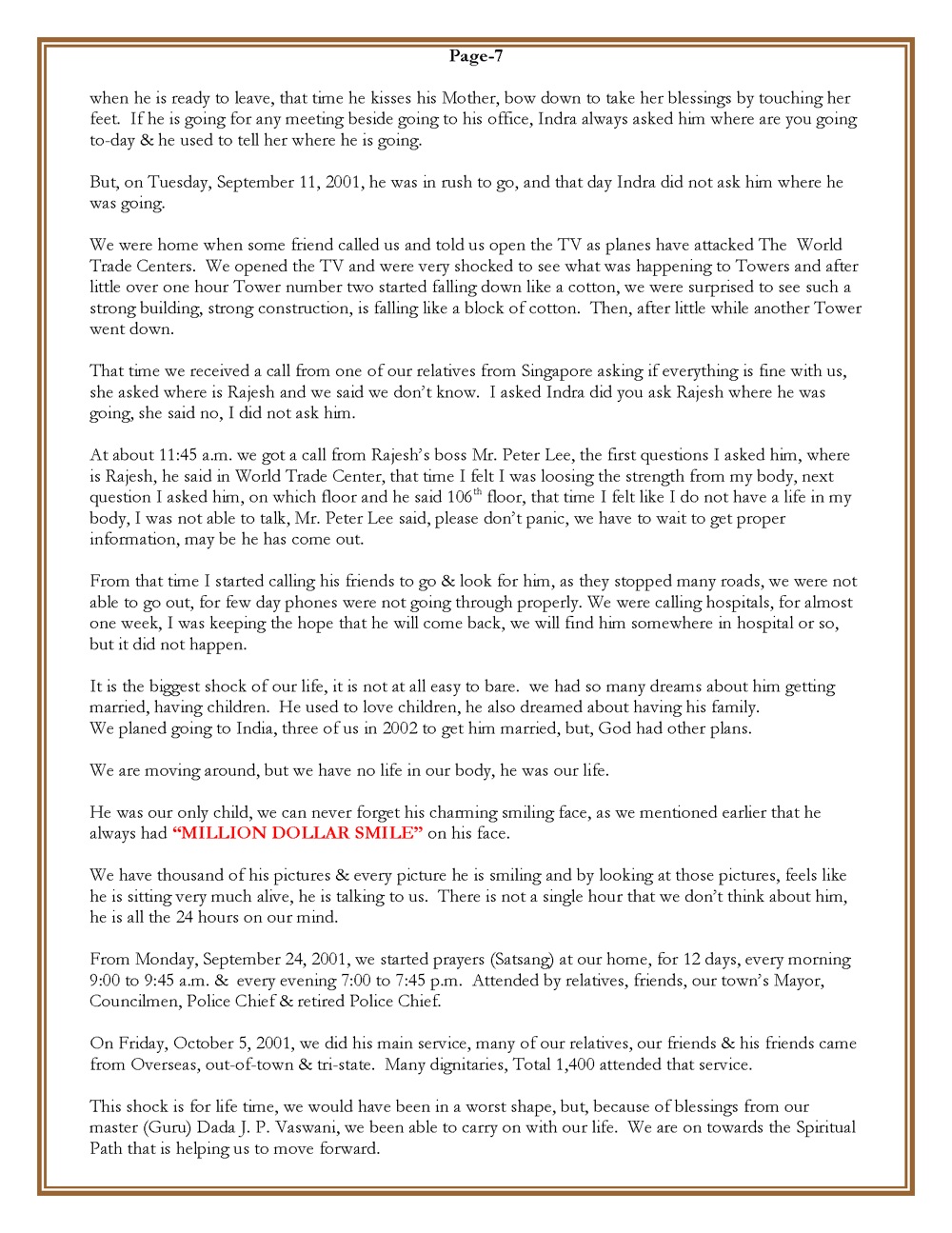 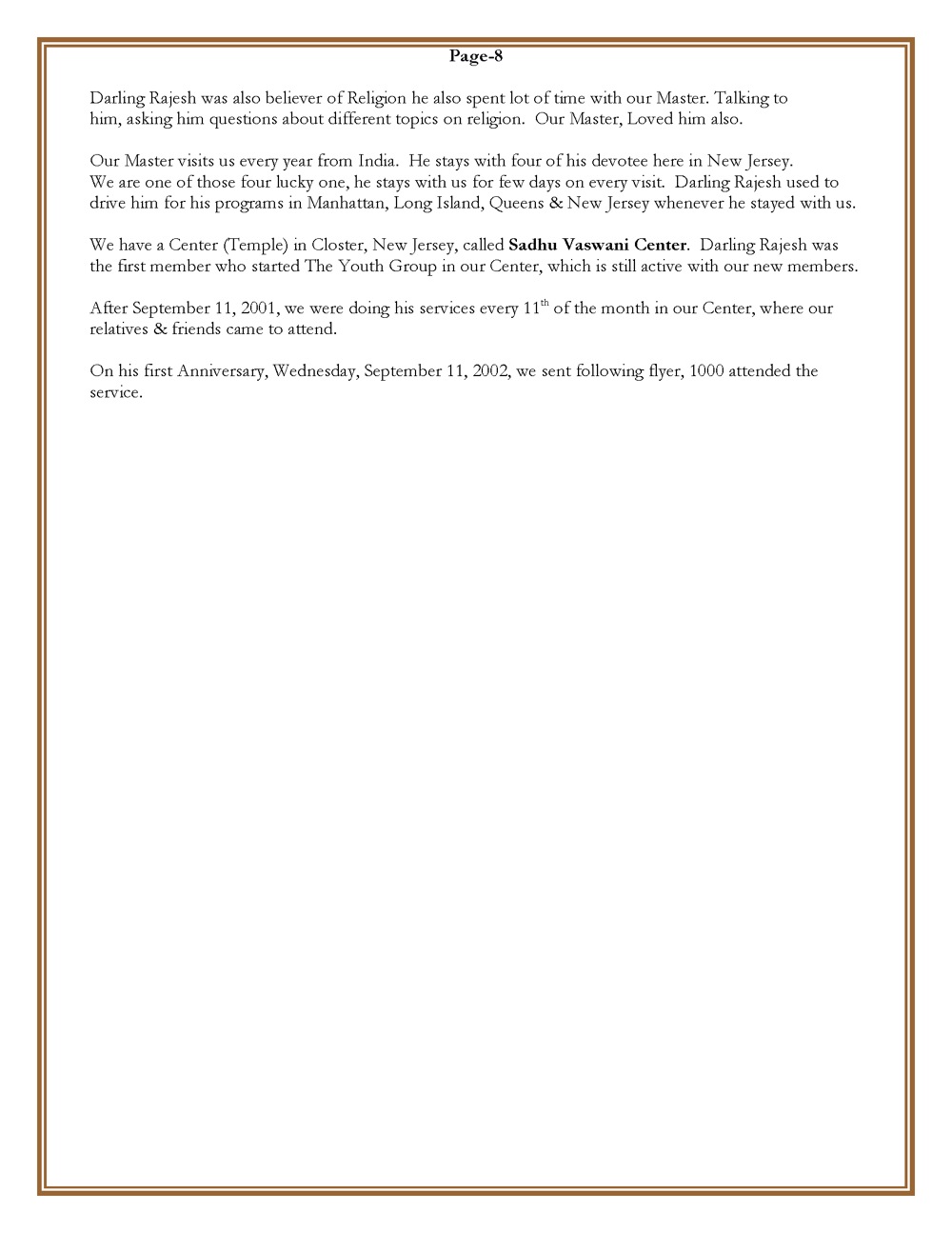 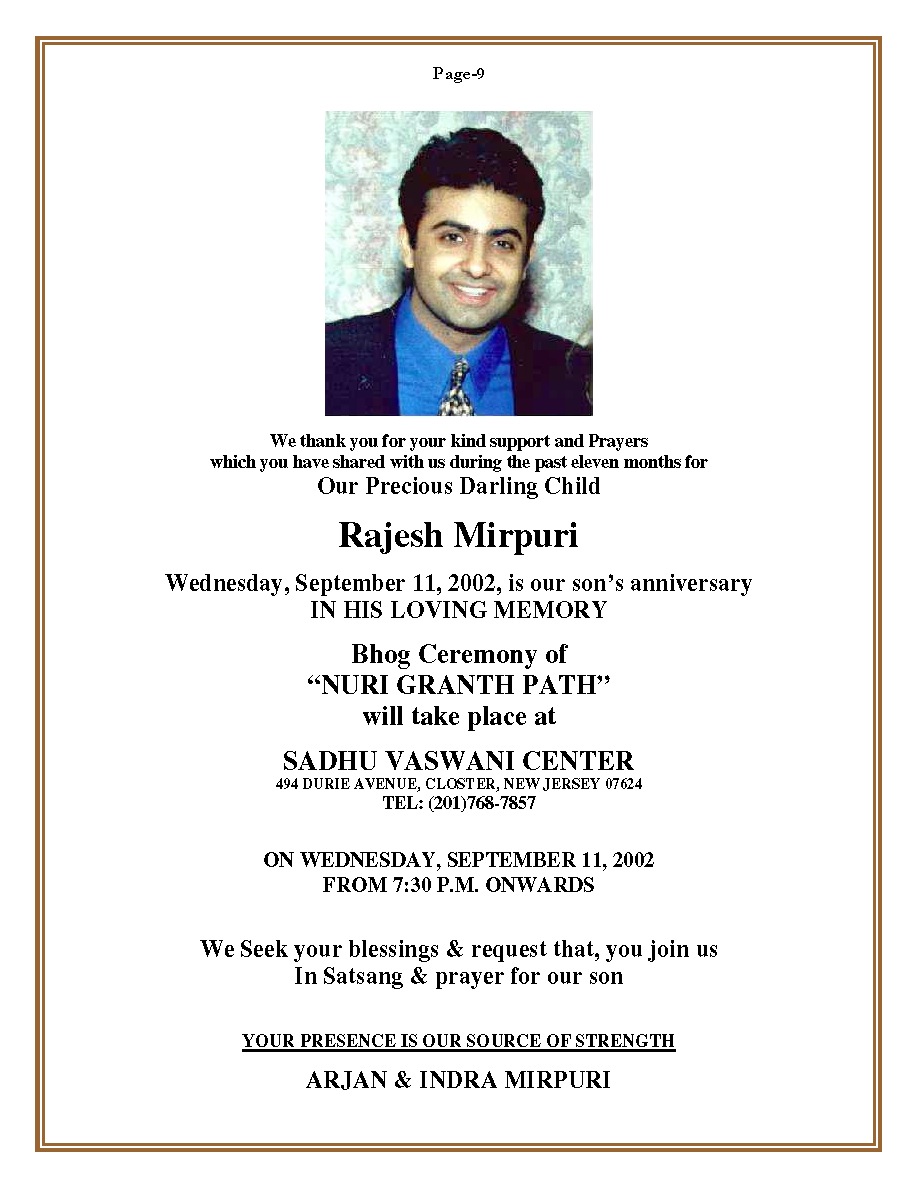 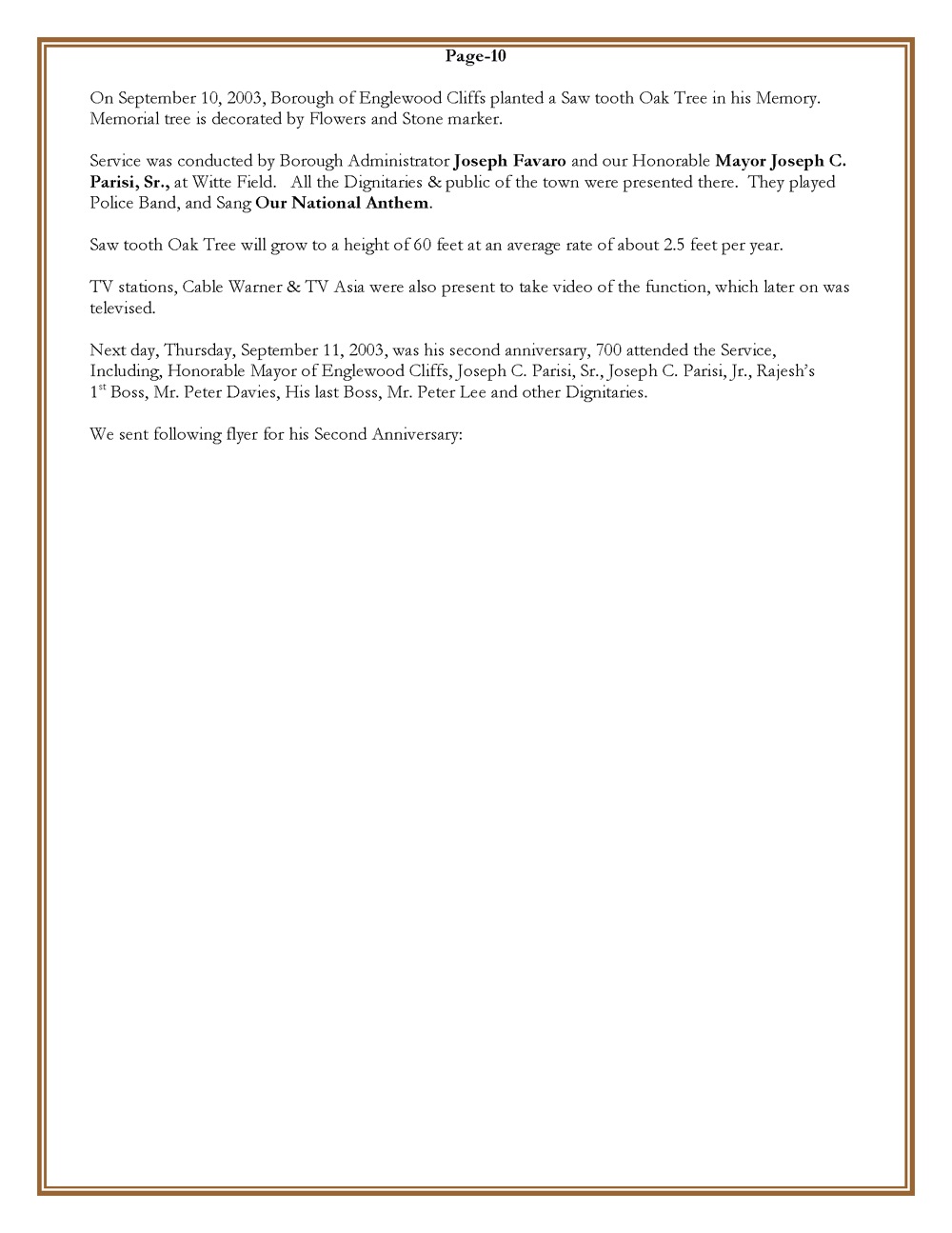 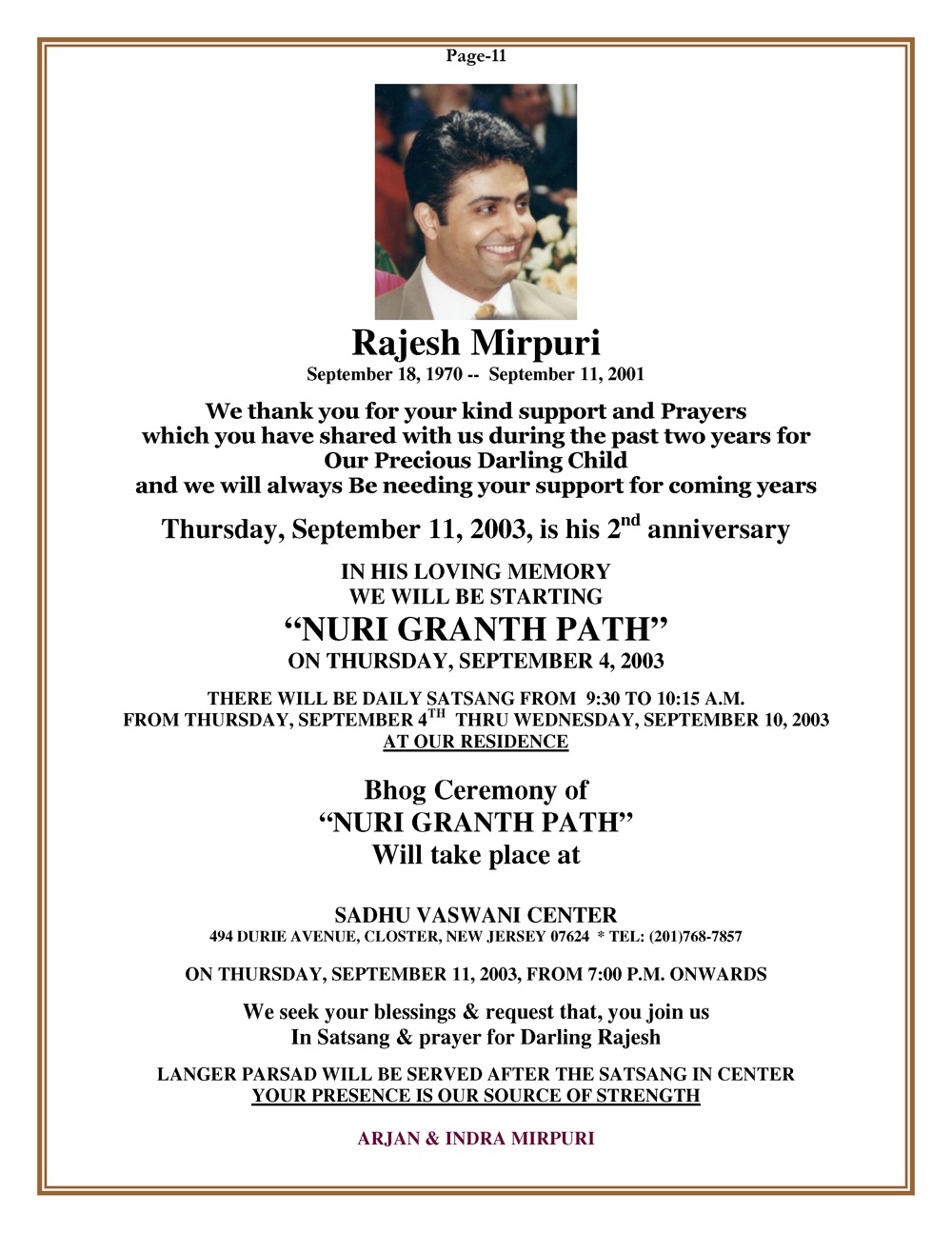 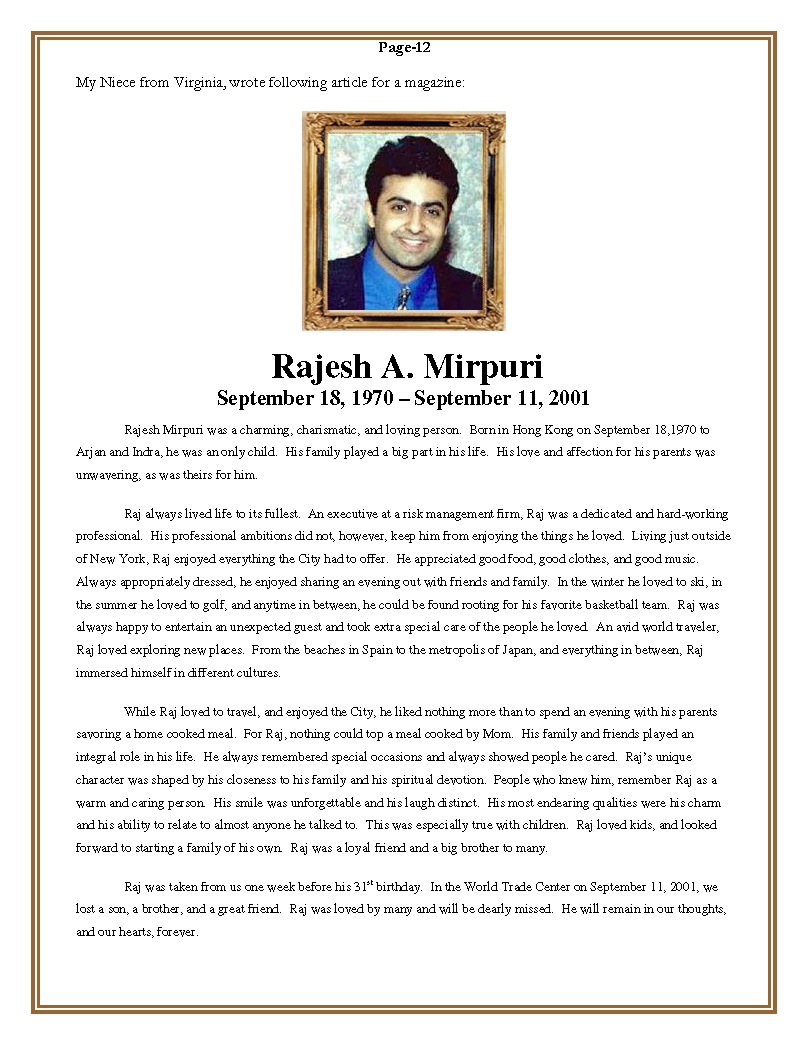 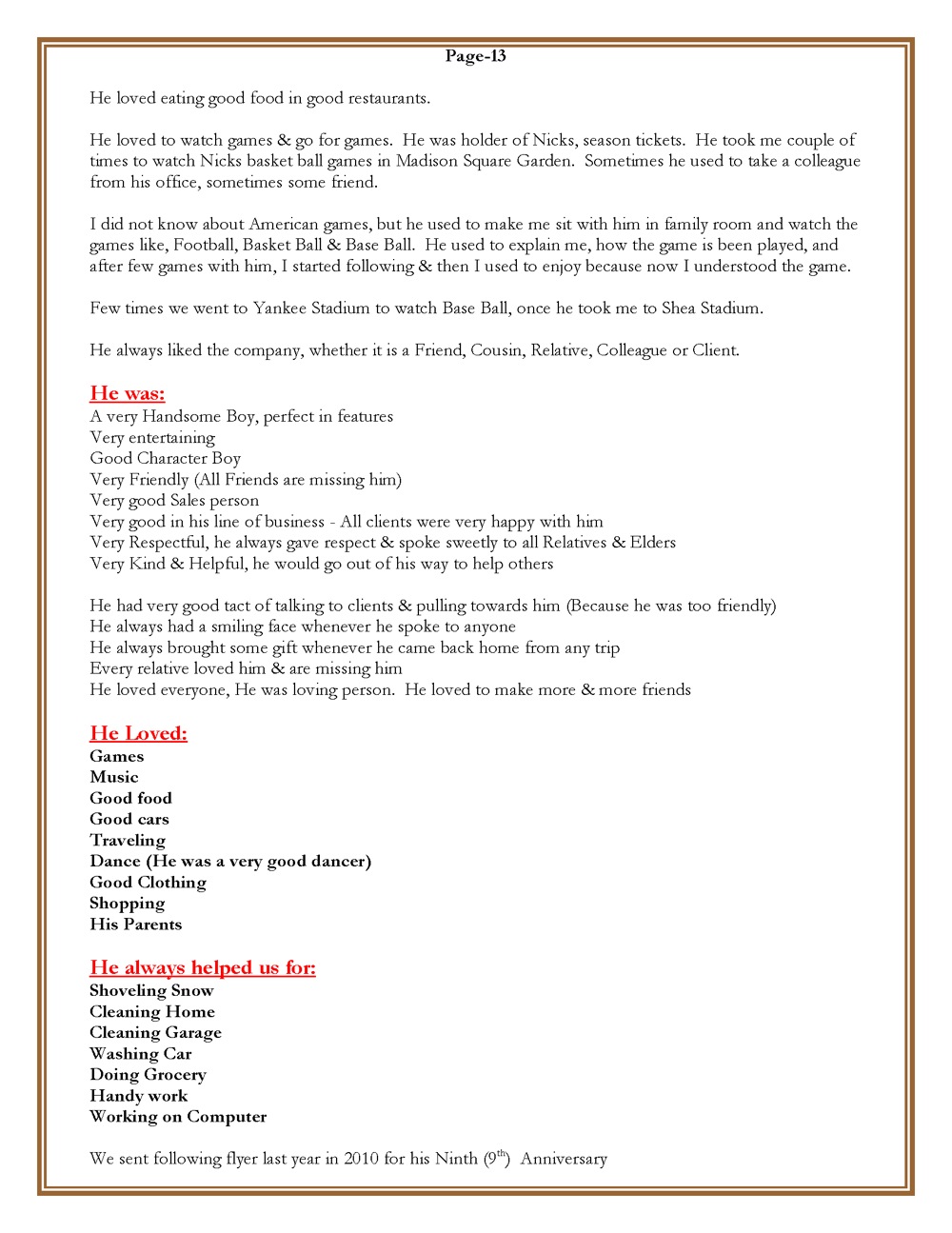 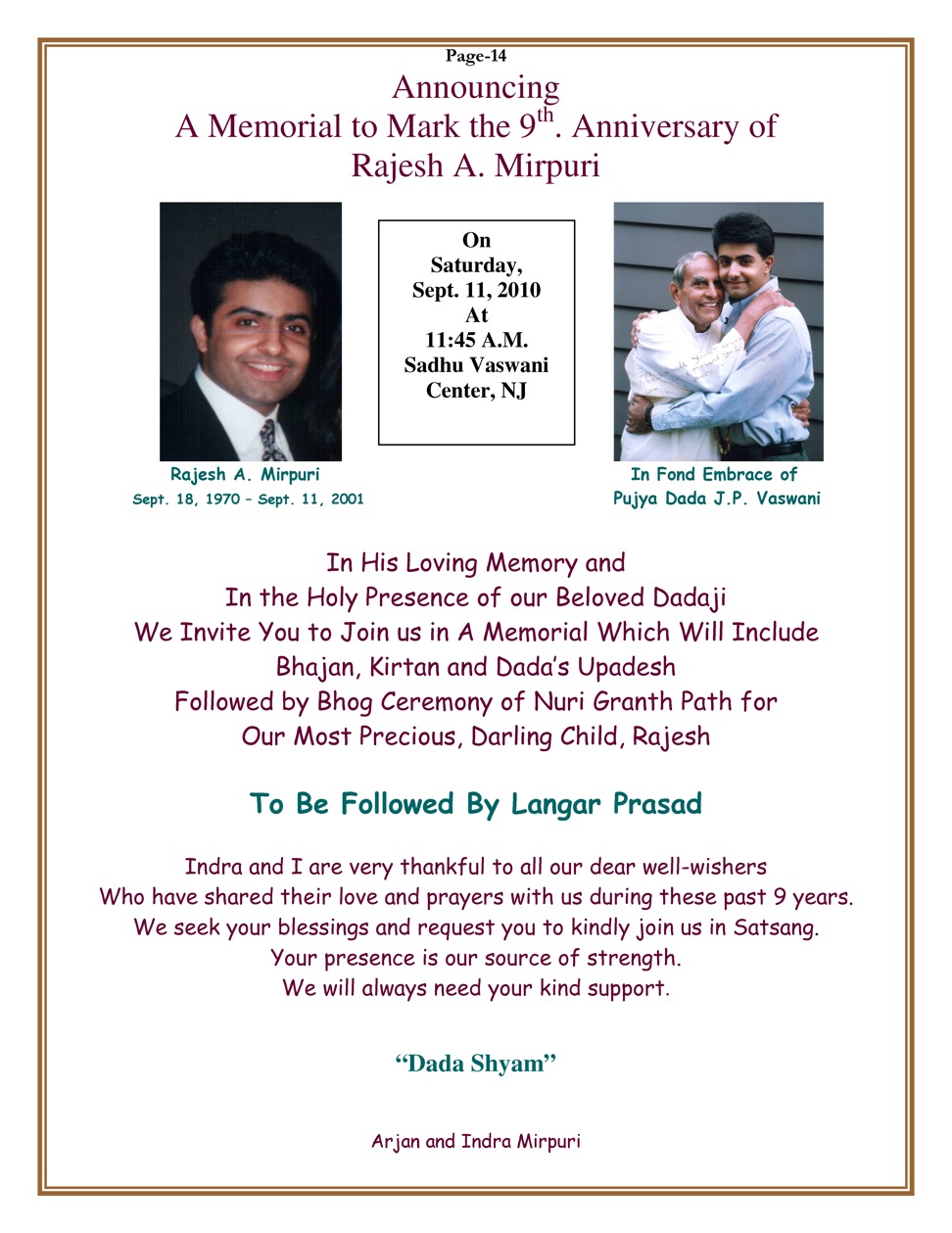 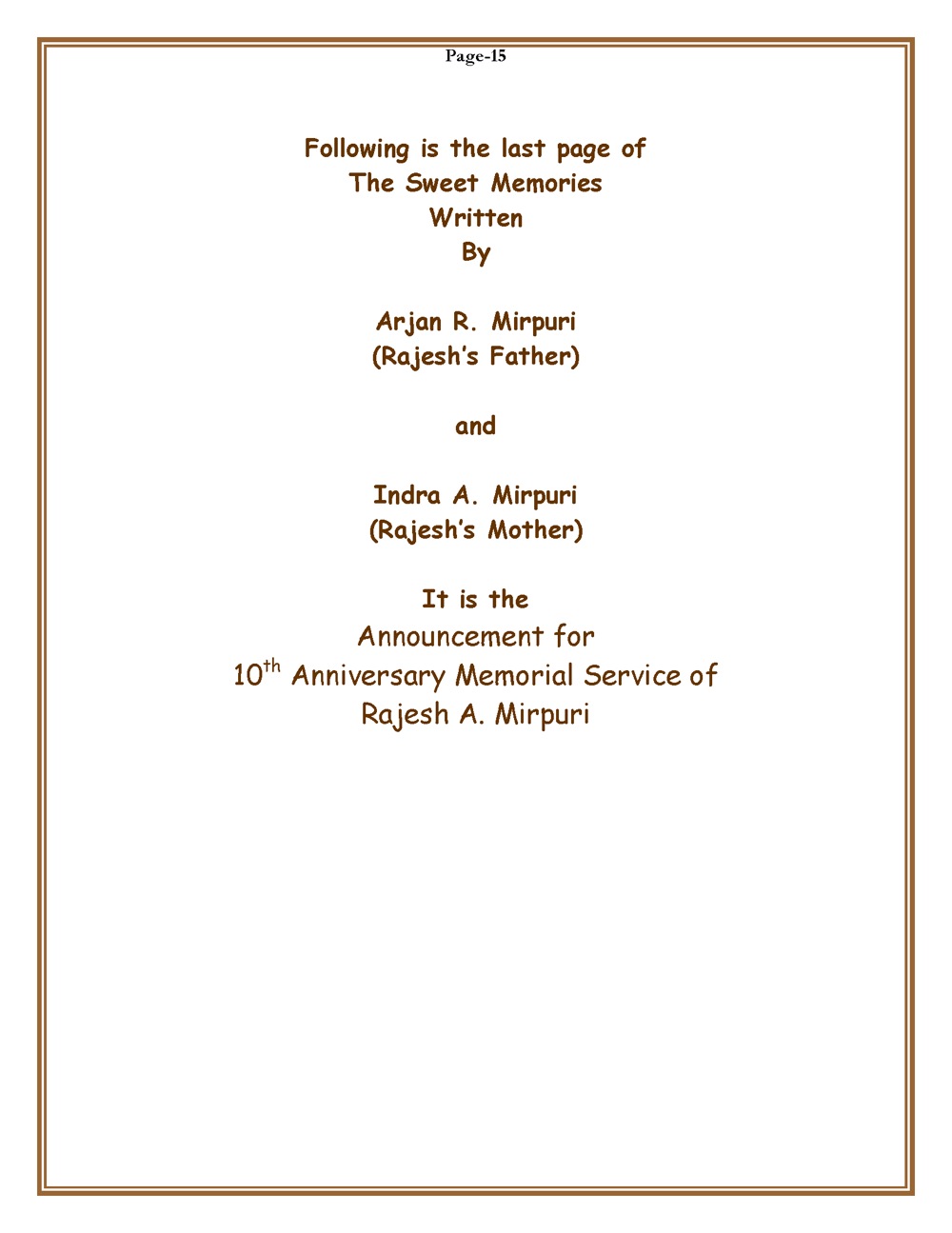 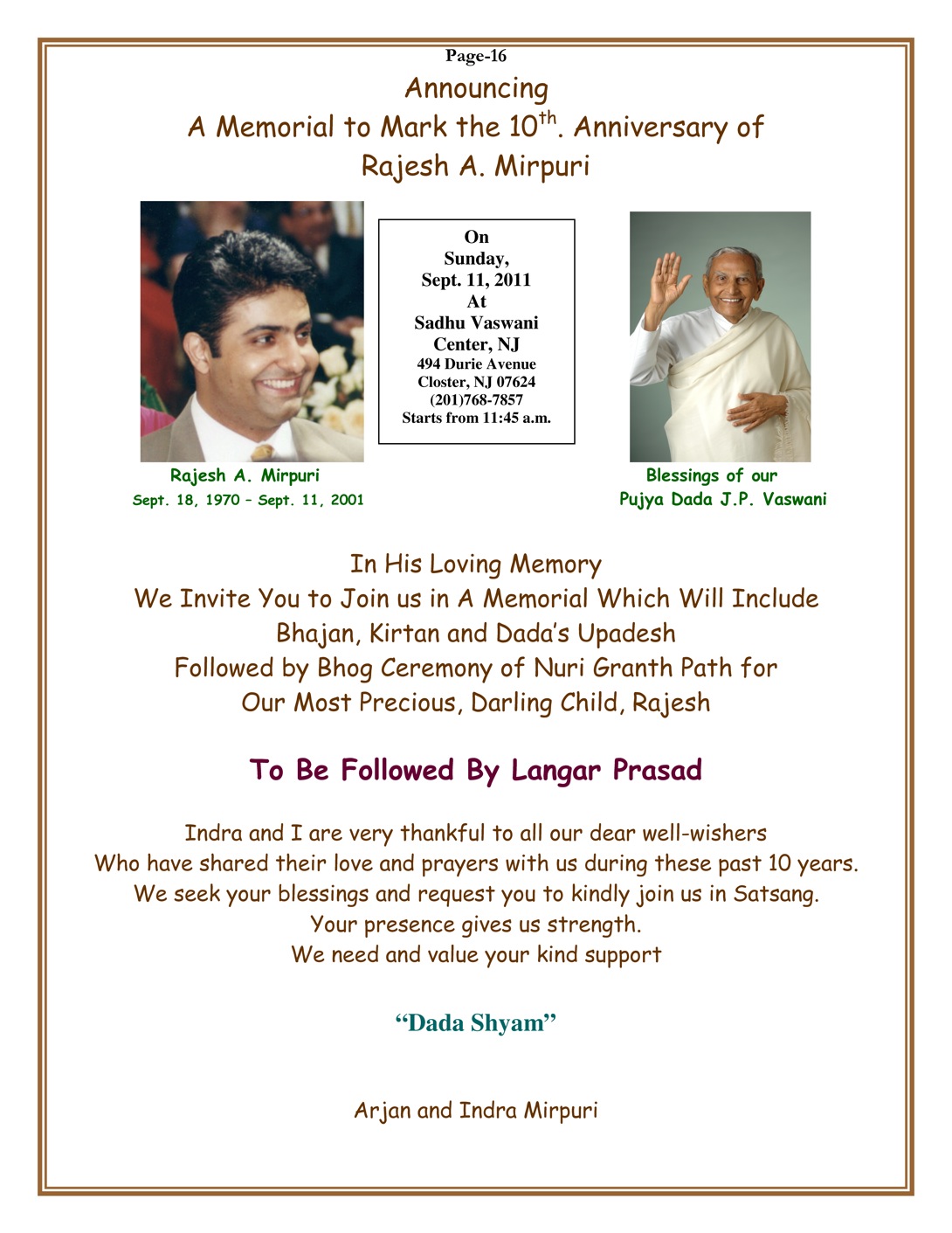 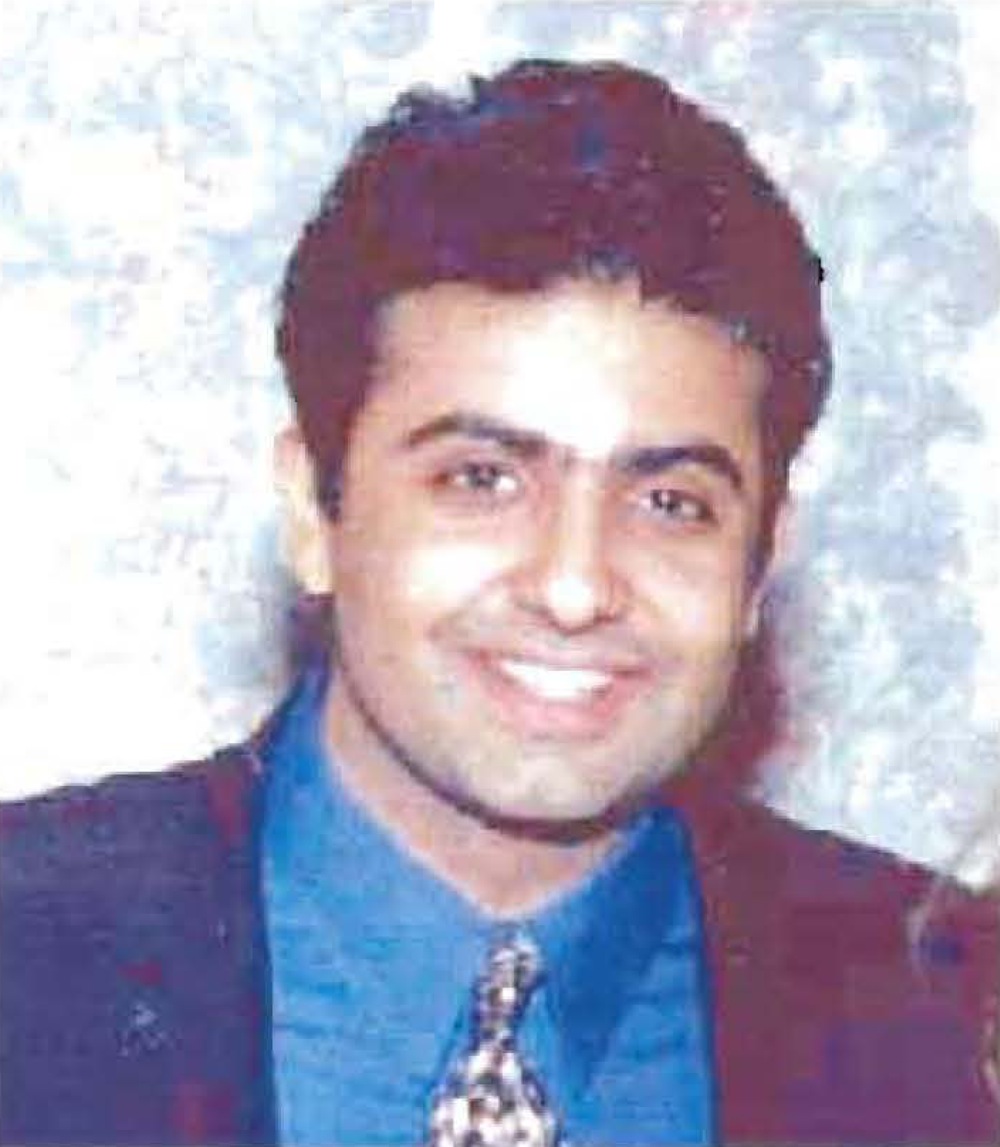 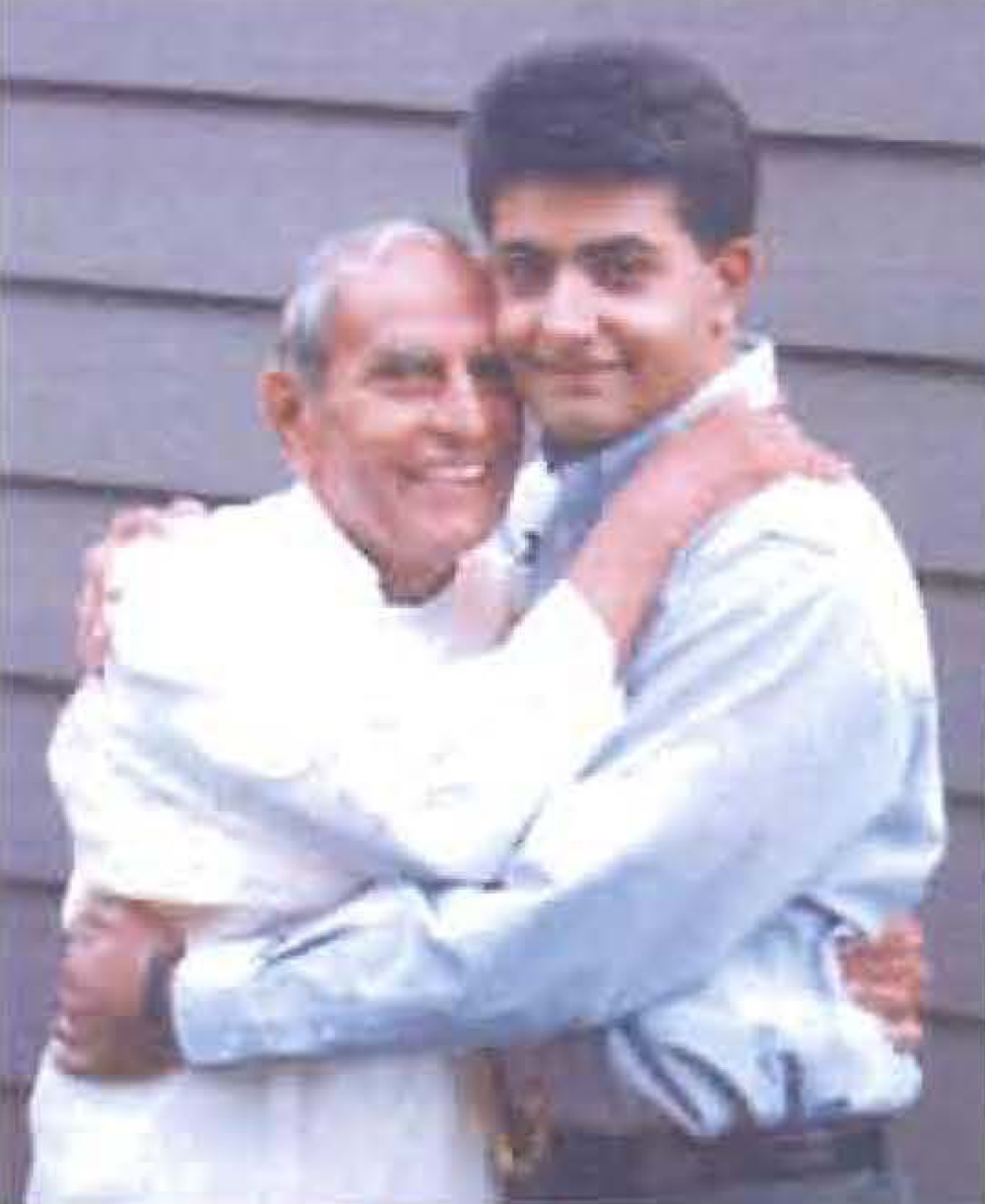 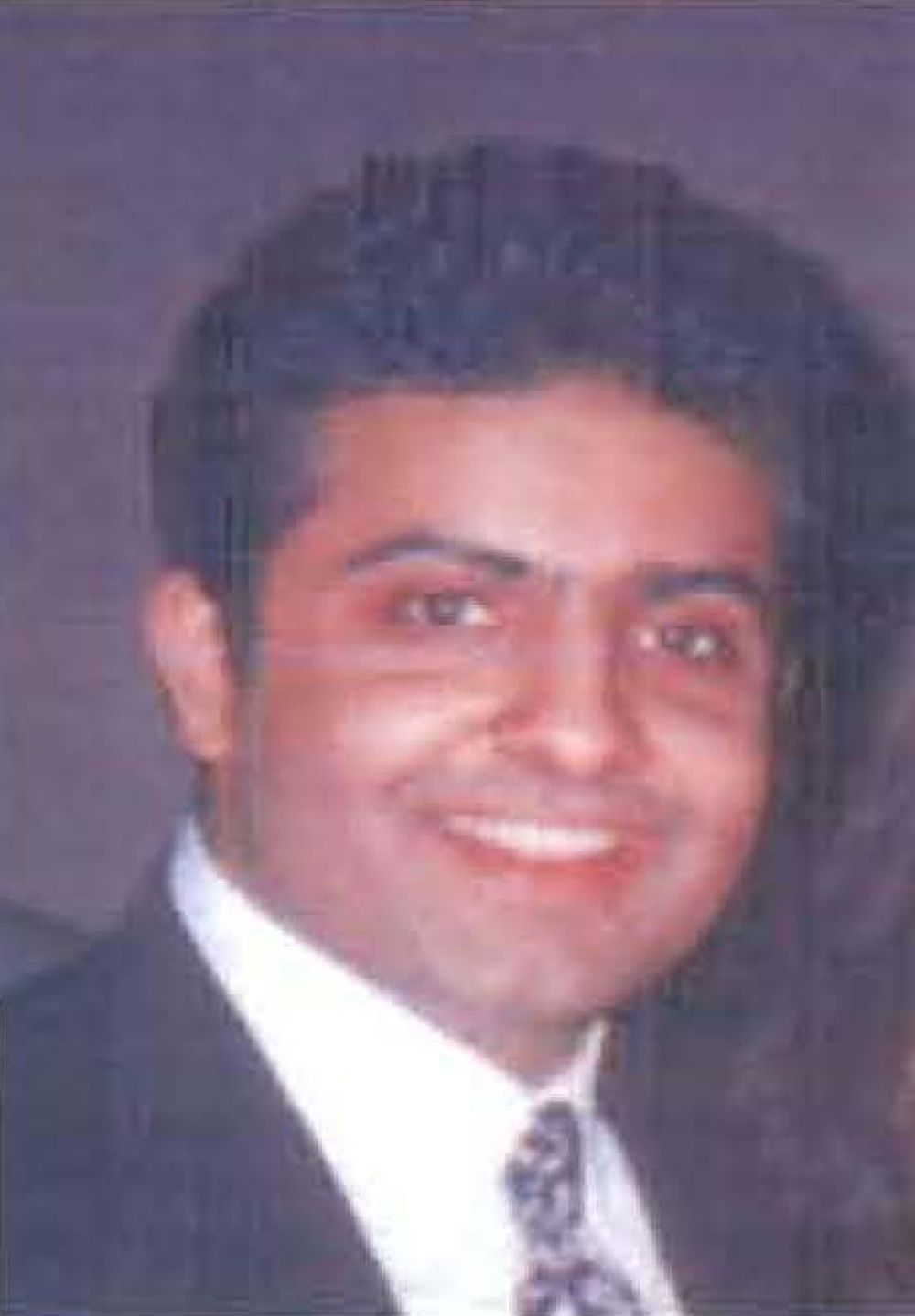 First step of his life 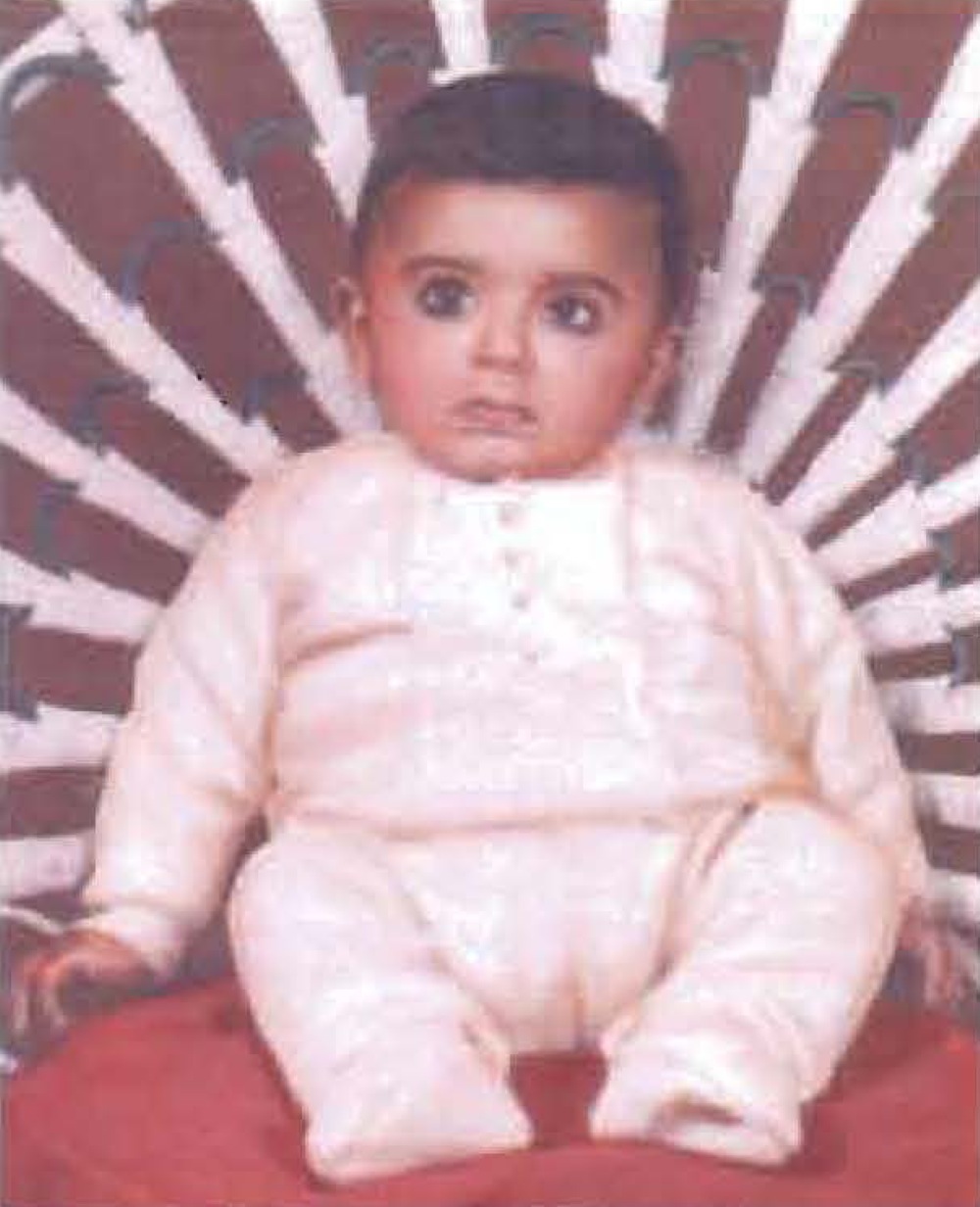 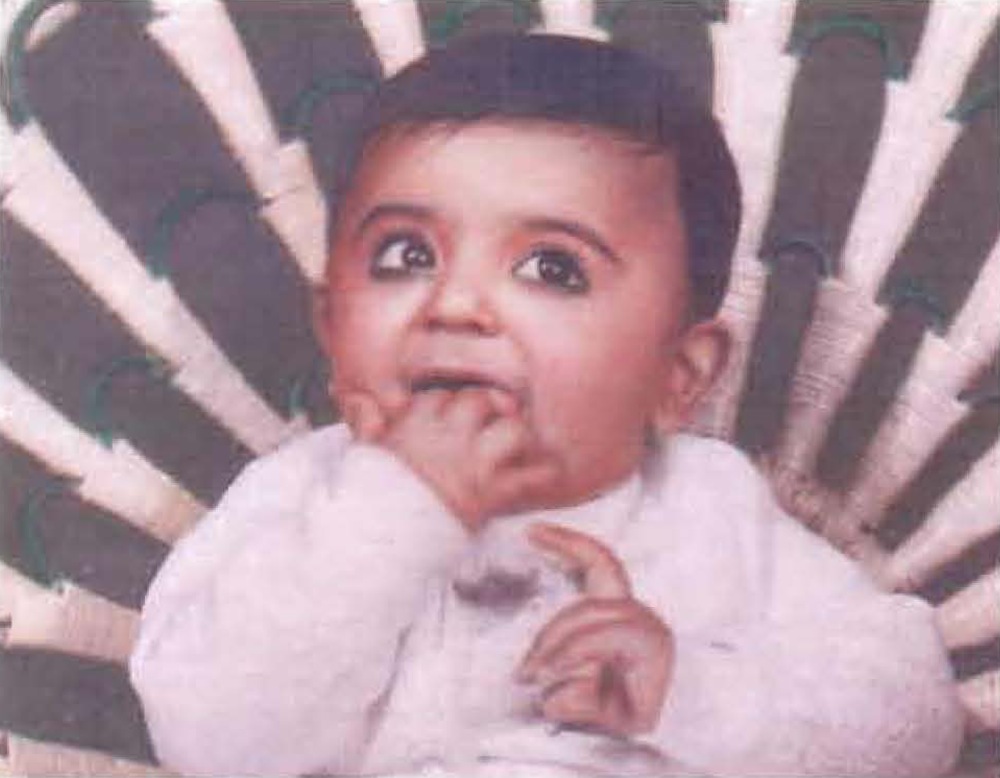 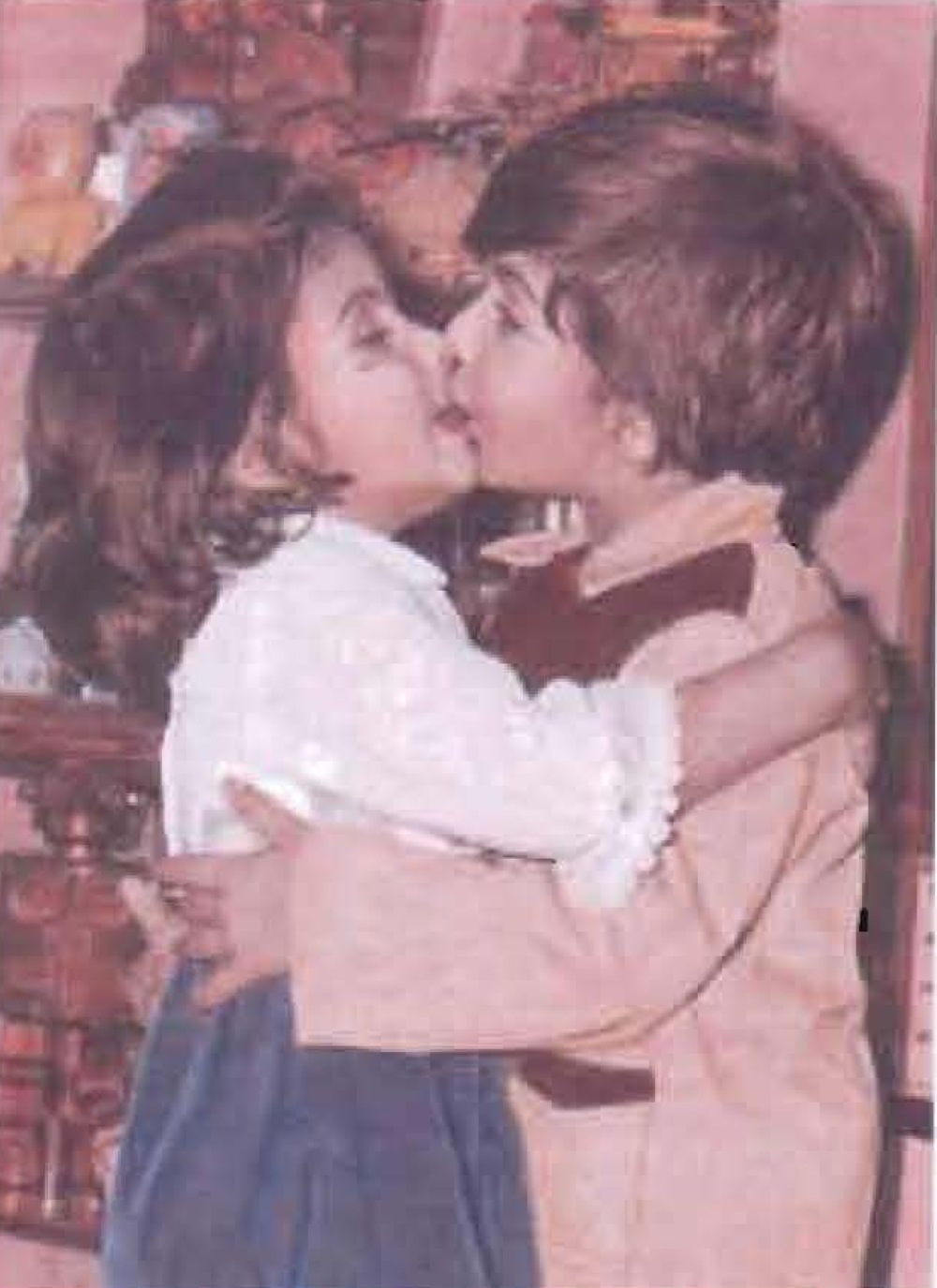 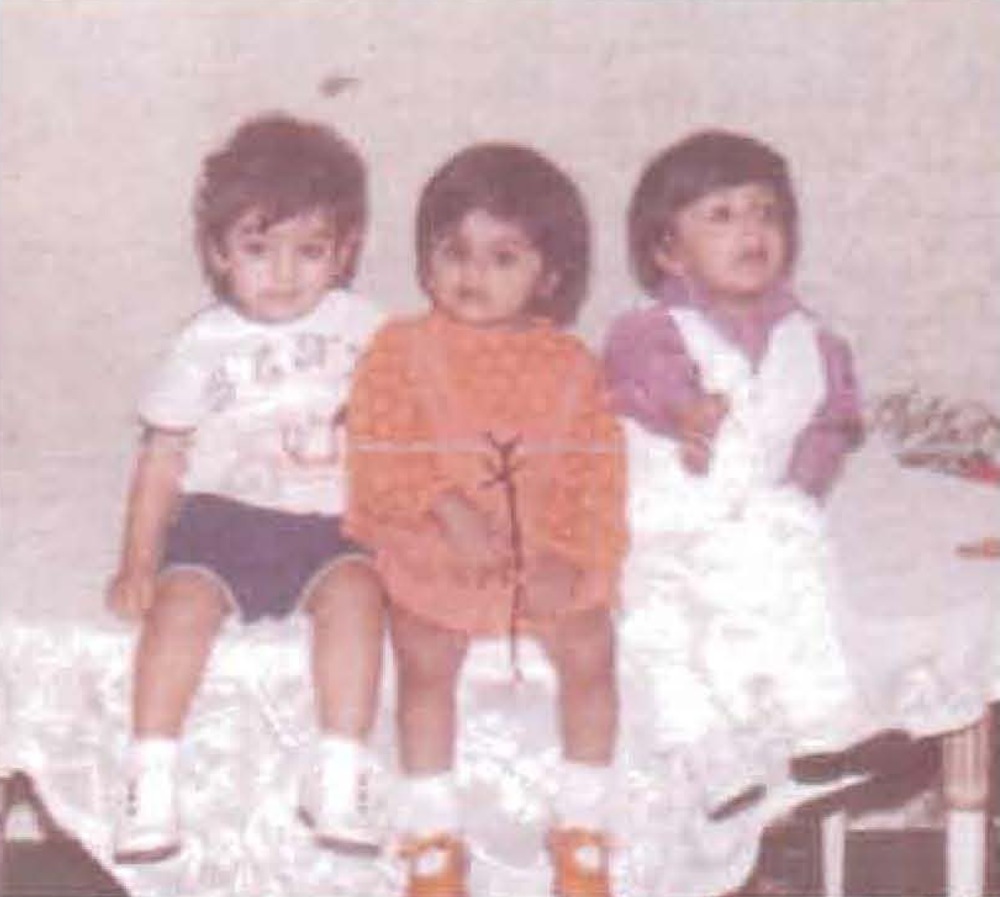 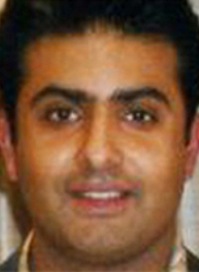 A Beloved Only Son
Rajesh Mirpuri

Rajesh Mirpuri was working in Tokyo in the summer of 1995 when his parents were celebrating their 29th wedding anniversary at their home in Englewood Cliffs, N.J. Rajesh told them he was about to take a vacation in Hawaii.

"On the day of the anniversary, he called us and told us he had arrived in Honolulu," said his father, Arjan Mirpuri, 61. "Half an hour later, the door bell rang, and it was him."

As Arjan Mirpuri told the story, tears welled in his eyes. Rajesh Mirpuri, 30, was his only child. Arjan and his wife, Indra, Hindus who immigrated from India, have built a small temple inside their house to burn incense to remember their son. "His pictures are hung all over the place," Mr. Mirpuri said.

Yesterday, the Mirpuris traveled to Pier 94 in Manhattan to pick up an urn of ash, provided to the victims' families by the city. Following the Hindu tradition, the parents will sink the urn in the Ganges River in India. "When night falls, I turn the outside lights on. Maybe he will open the door and come in," Mr. Mirpuri said. "But I know it has been seven weeks. It will be very difficult."