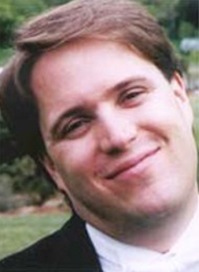 Patricia Wotton wants to give a eulogy for her husband, Rodney, in St. Catherine's Church in Holmdel Saturday. After the memorial service ends, she will baptize their son, Rodney Patrick, born eight days after his 36-year-old father perished when the hijacked United Airlines Flight 175 struck the World Trade Center's South Tower. "It's been a bittersweet experience. I am fortunate to have him," Mrs. Wotton said of the newborn. "But I am just overwhelmed with grief." The Wottons' daughter, Dorothea Jean, turned 2 a little more than three weeks after her father was lost. She is aware that something is not right because her father is no longer putting her to bed every night as he always did. "My daughter will probably not remember her father. My son will never have known him," Mrs. Wotton said. That's why she has asked those who loved or worked with Rod to send a note about him to his children. "That would help them to know him better," Mrs. Wotton said. "I've been getting wonderful letters. I'm hearing from his third-grade teacher and his Little League coach," she said. On the morning of Sept. 11, Mr. Wotton kissed his wife of six years and went off to work at 6:30 a.m. Shortly after 9 a.m., he called his wife from his office on the 97th floor. "Initially, he called to say the other building was on fire, and he didn't know what was happening," she said. "A few minutes later he called and said for some reason his floor was filling up with smoke and he didn't know why. I had at that point turned on the TV and seen that his building had also been hit," Mrs. Wotton said. "He called to say good-bye and told me that he loved me and asked me to pray for him -- and that was the last I spoke to him," she said. Mr. Wotton, a Middletown resident and senior vice president of Web site design for Fiduciary Trust Co. International, probably stayed behind to work on restoring data that was being lost in the fire. "I think he wanted to get out but was working on restoring the data," she said. He started at Fiduciary in 1998. He worked in data center management, where his forte was disaster recovery. He would help clients save data during emergencies like power outages or terrorist attacks. Mrs. Wotton said her husband loved life, was devoted to his daughter and did his own yard work in a neighborhood where most people used hired help. "I think the church is going to be packed," Mrs. Wotton said of the combined ceremony. "I think he would be amazed by that because we spent so much time with just the three of us together." In addition to his wife and two children, Mr. Wotton is survived by his parents, Stewart and Jean Wotton of Lincroft; brother and sister- in-law Brian and Toni Wotton of Ocean; brother and sister-in-law Dave and Marty Wotton of Texas; grandmother Helga Hall of Massachusetts, and many nieces, nephews, aunts, uncles and cousins. Mrs. Wotton requests that donations be made to the Wooton Children Fund, P.O. Box 90, Middletown, NJ 07748. The memorial service and baptism will be at 11 a.m. Saturday at St. Catherine's Church, 108 Middletown Road in Holmdel. Profile by Donna Leusner published in THE STAR-LEDGER.