In Remembrance
Remembering One of Their Own

Article on Scout's dedication of Amphitheater to Shawn Bowman 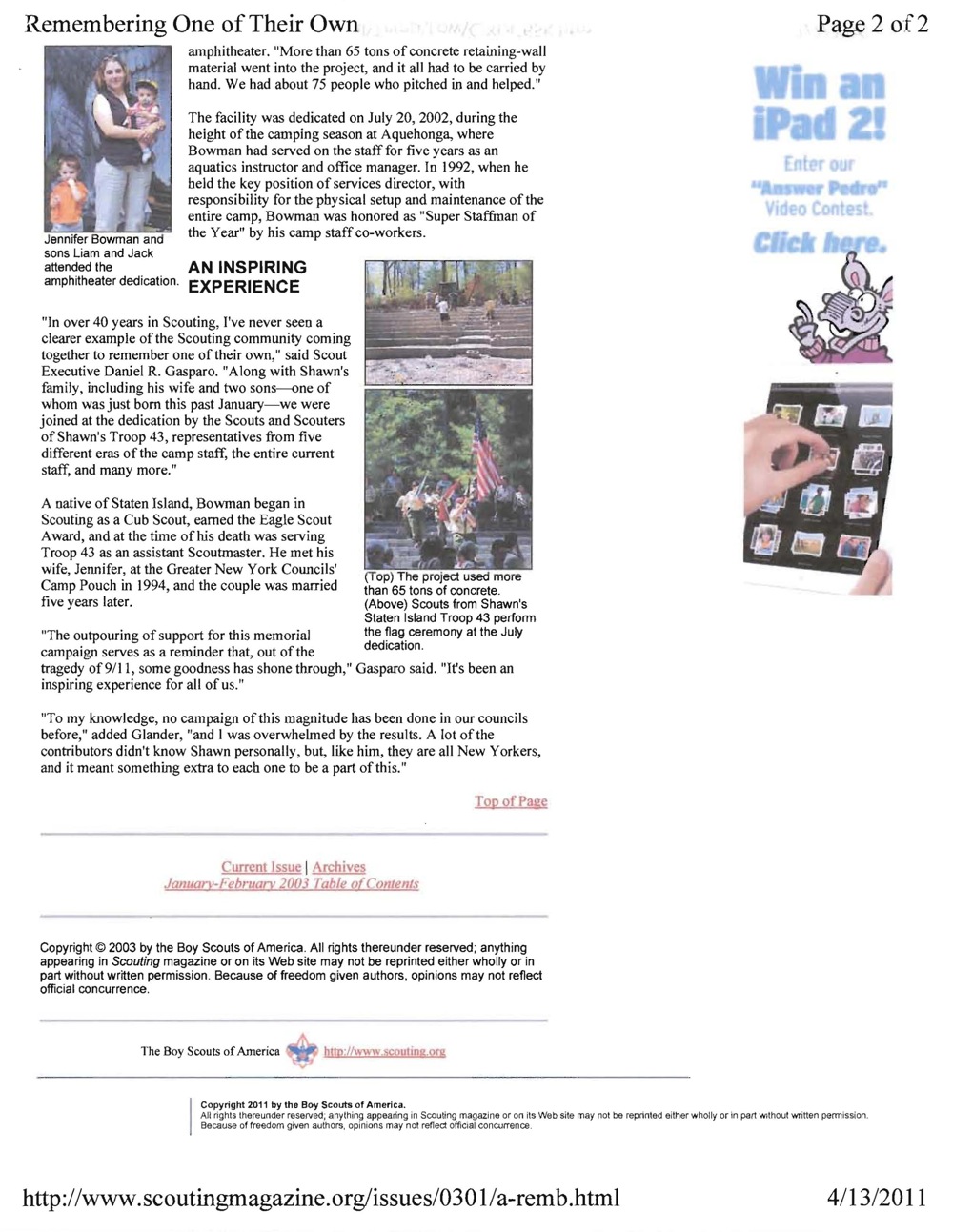 Article about the Eagle Scout amphitheater dedicated to Shawn

Gift of a Lifetime 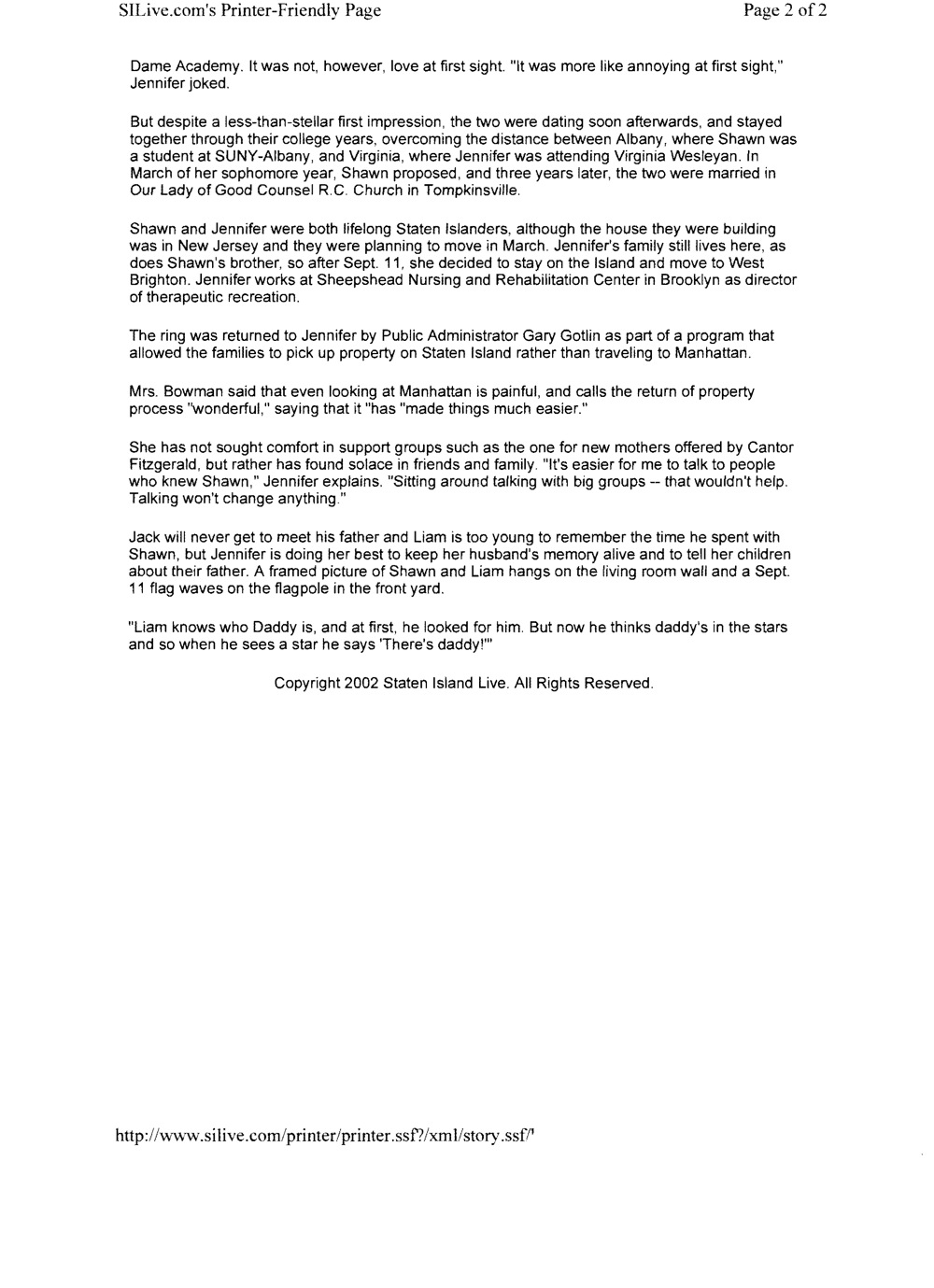 "Gift of a Lifetime" article tribute

A Boy Scout at Heart 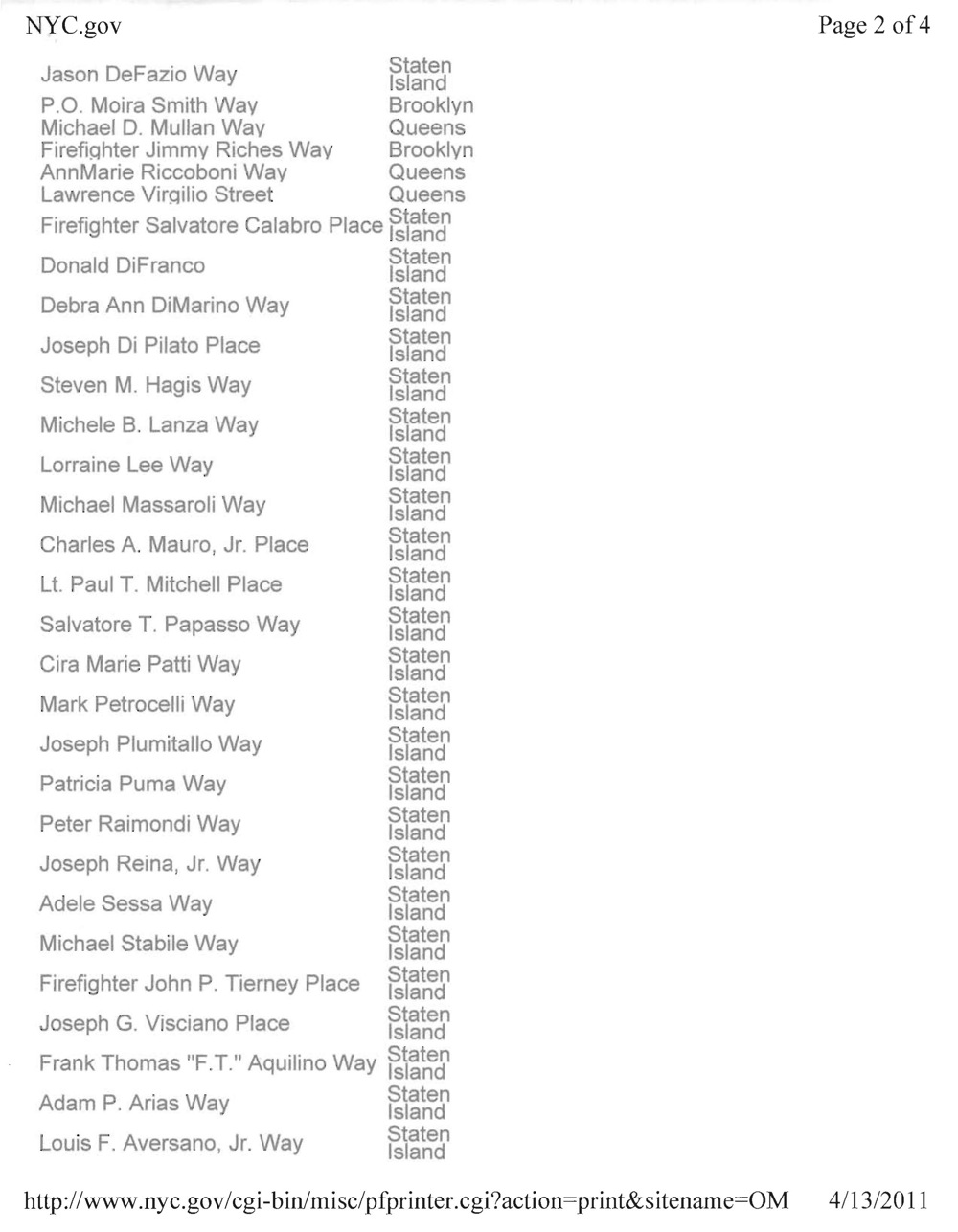 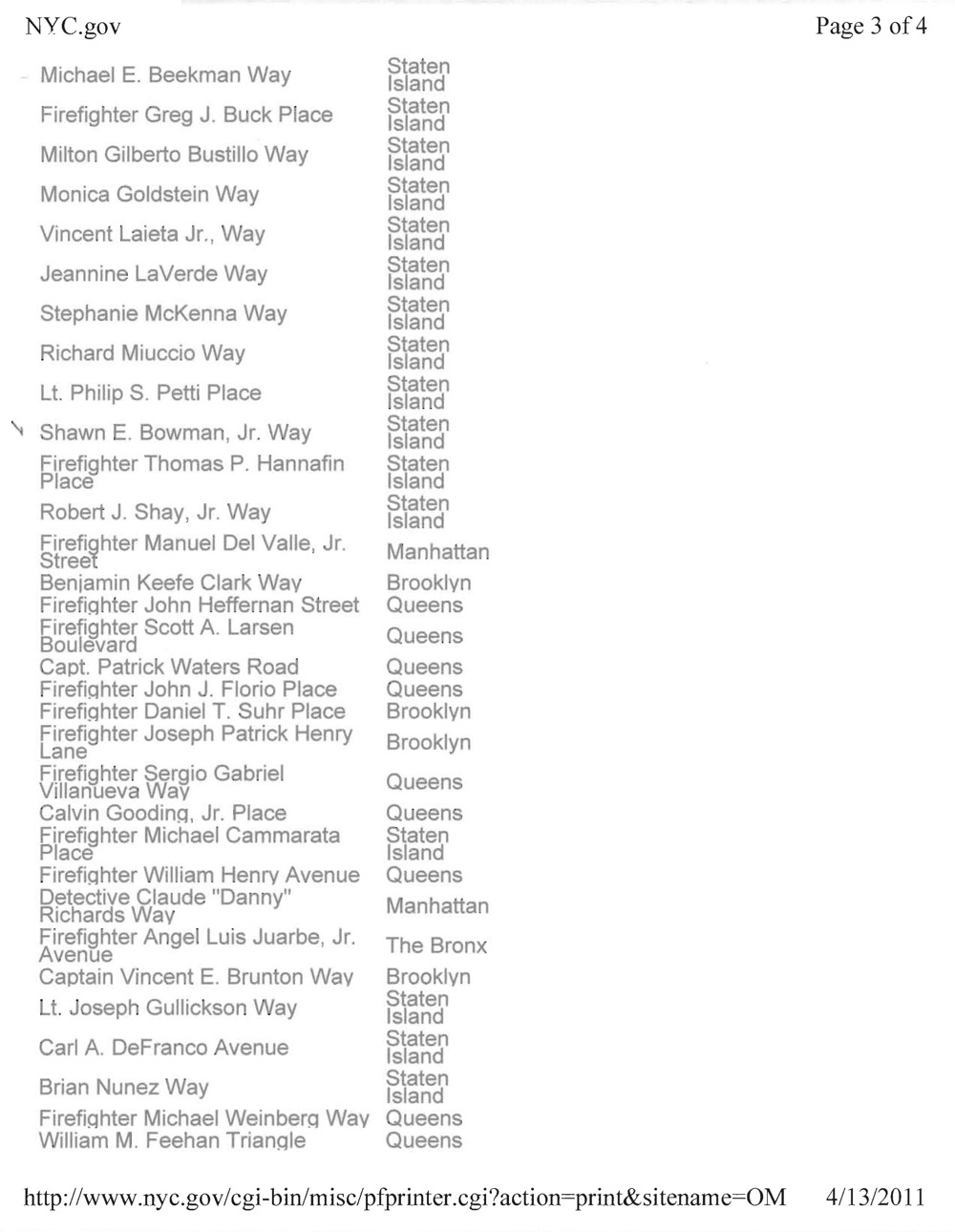 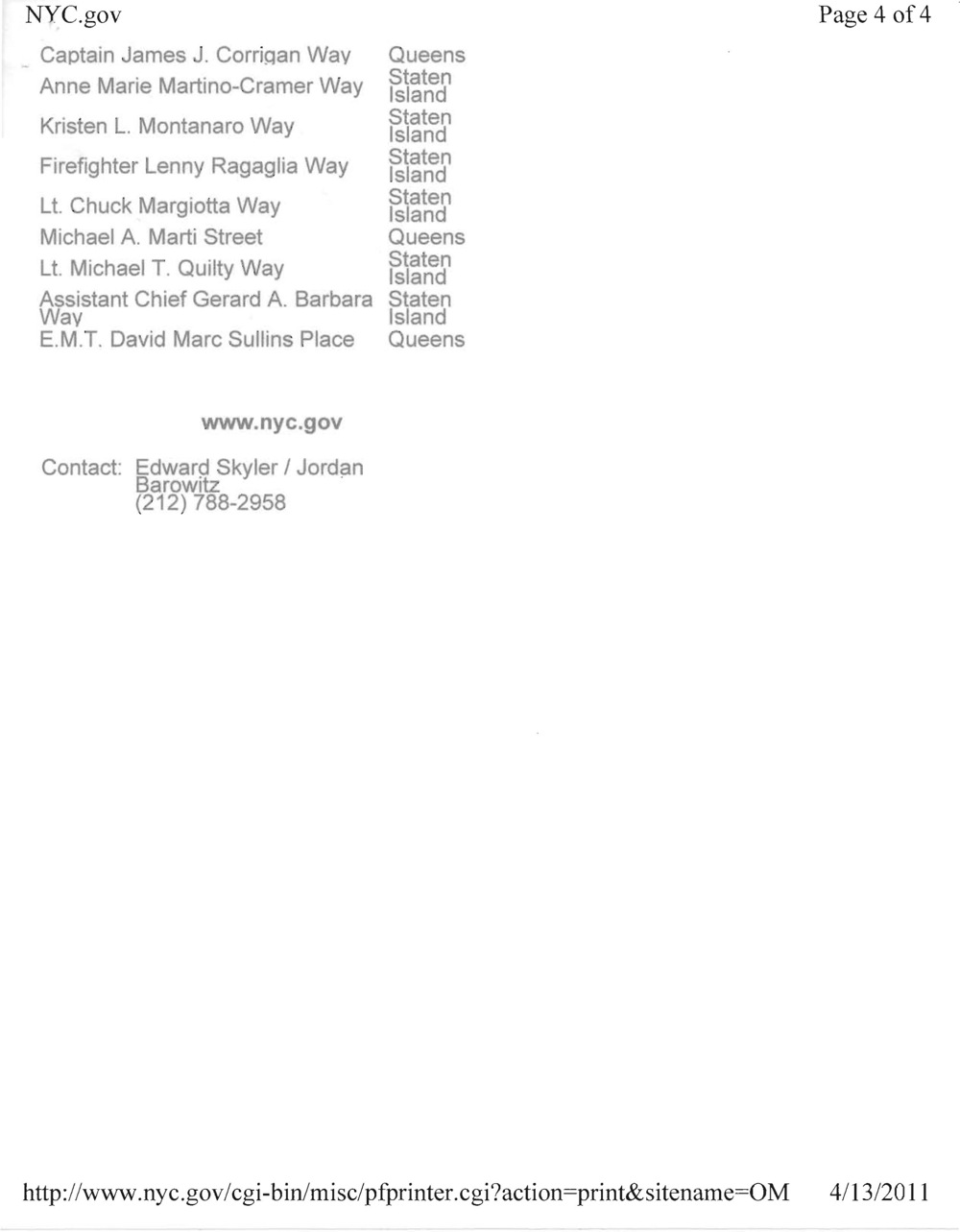 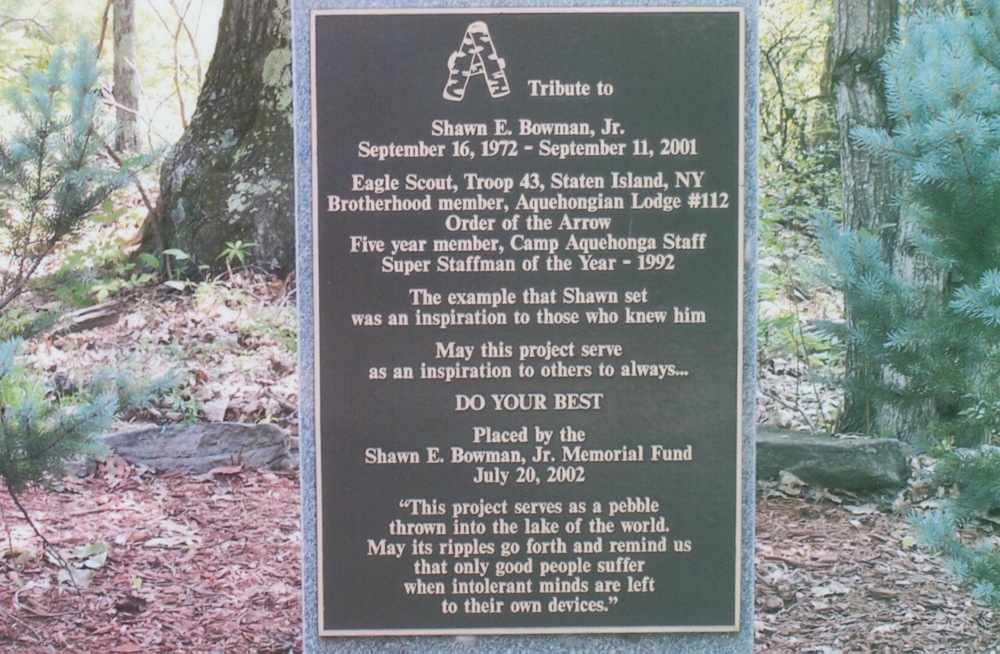 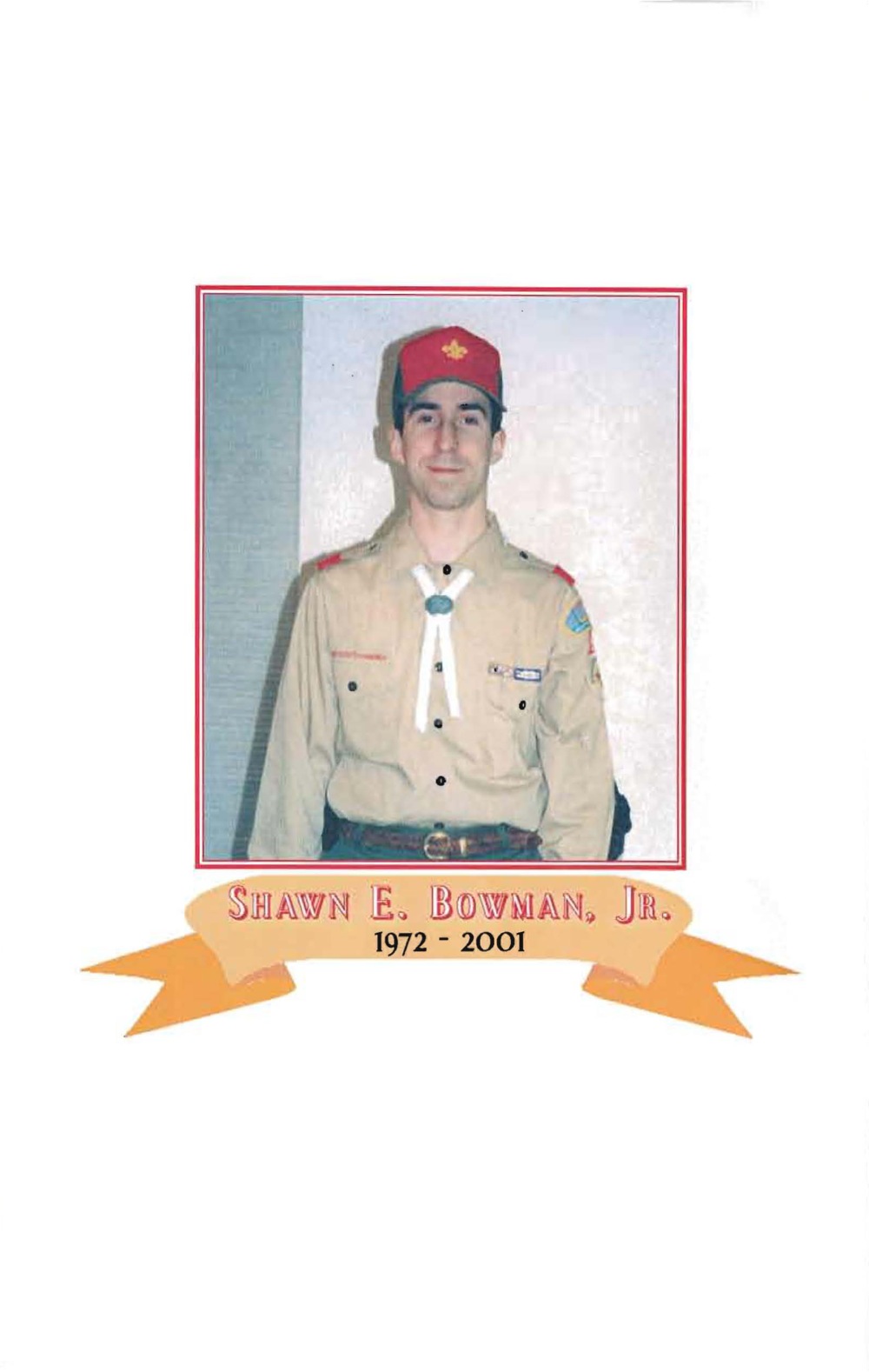 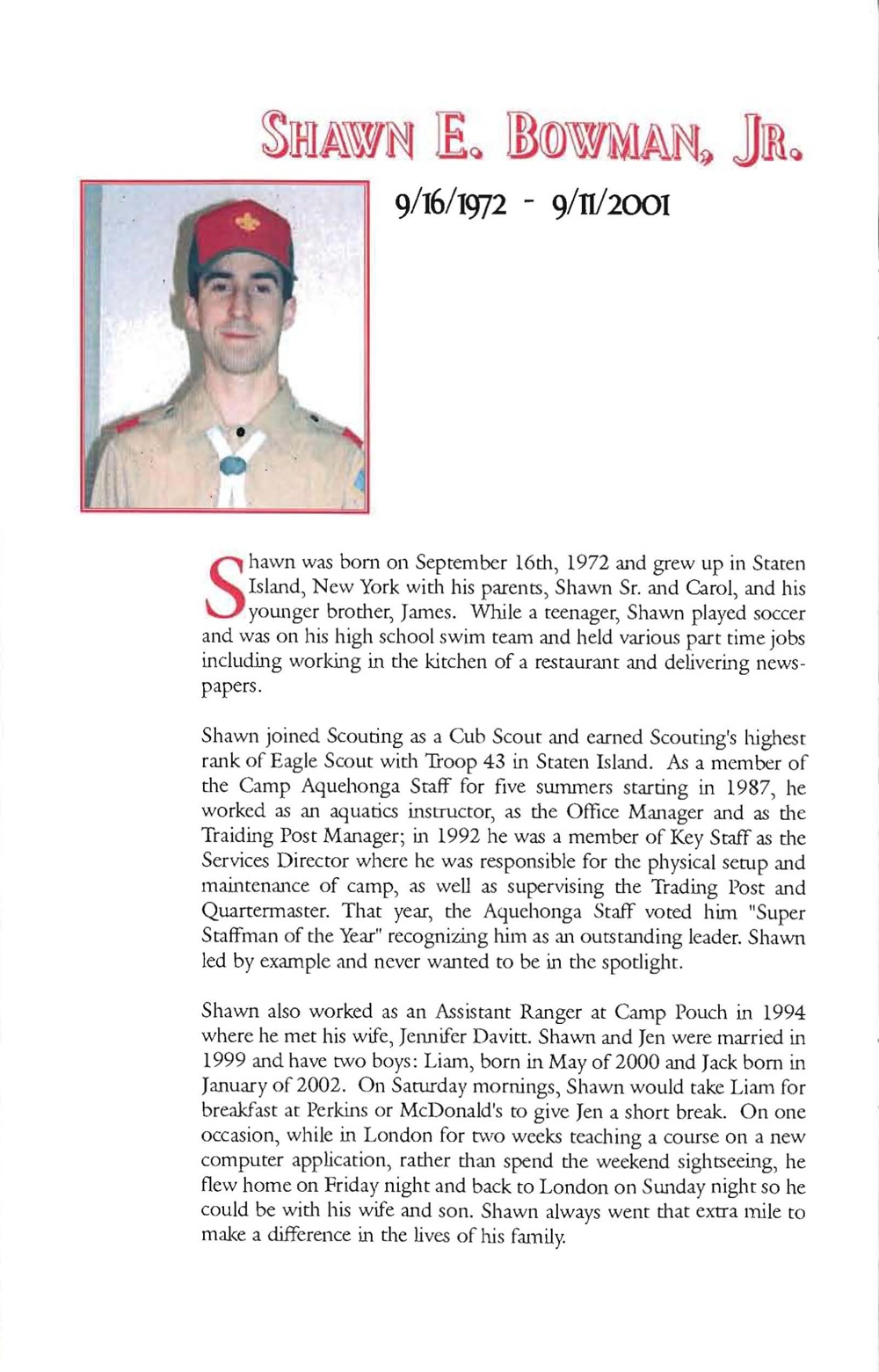 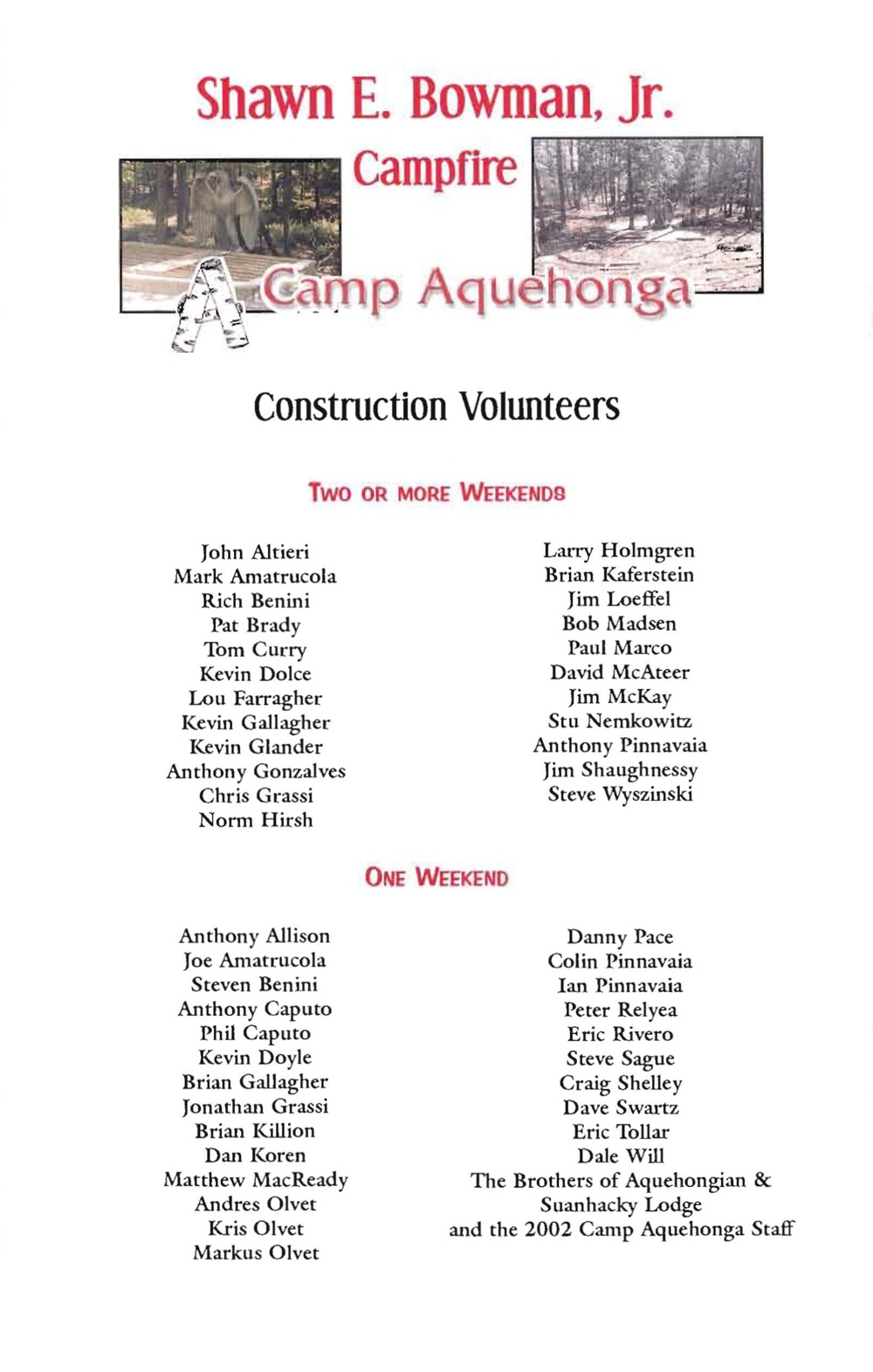 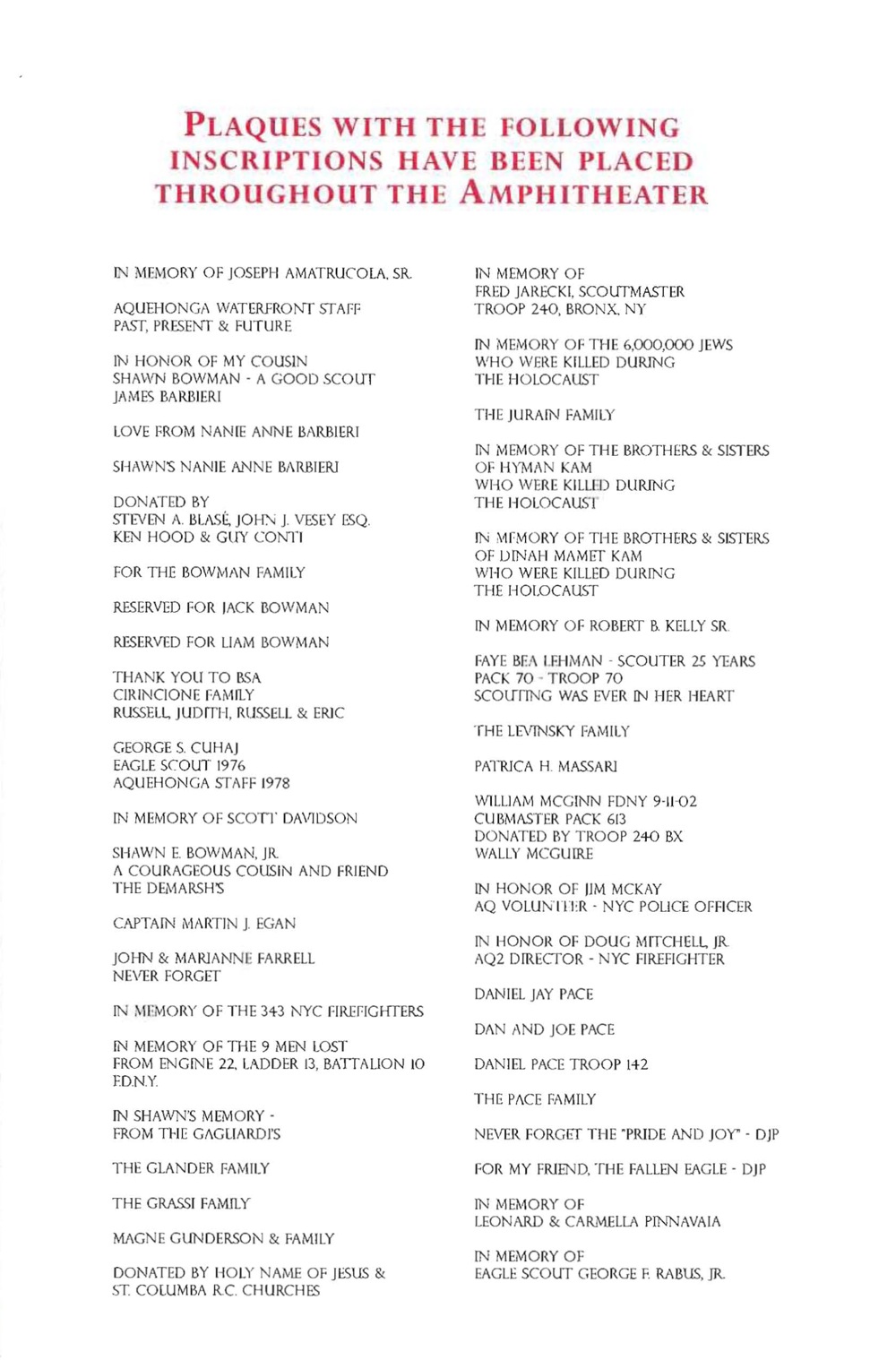 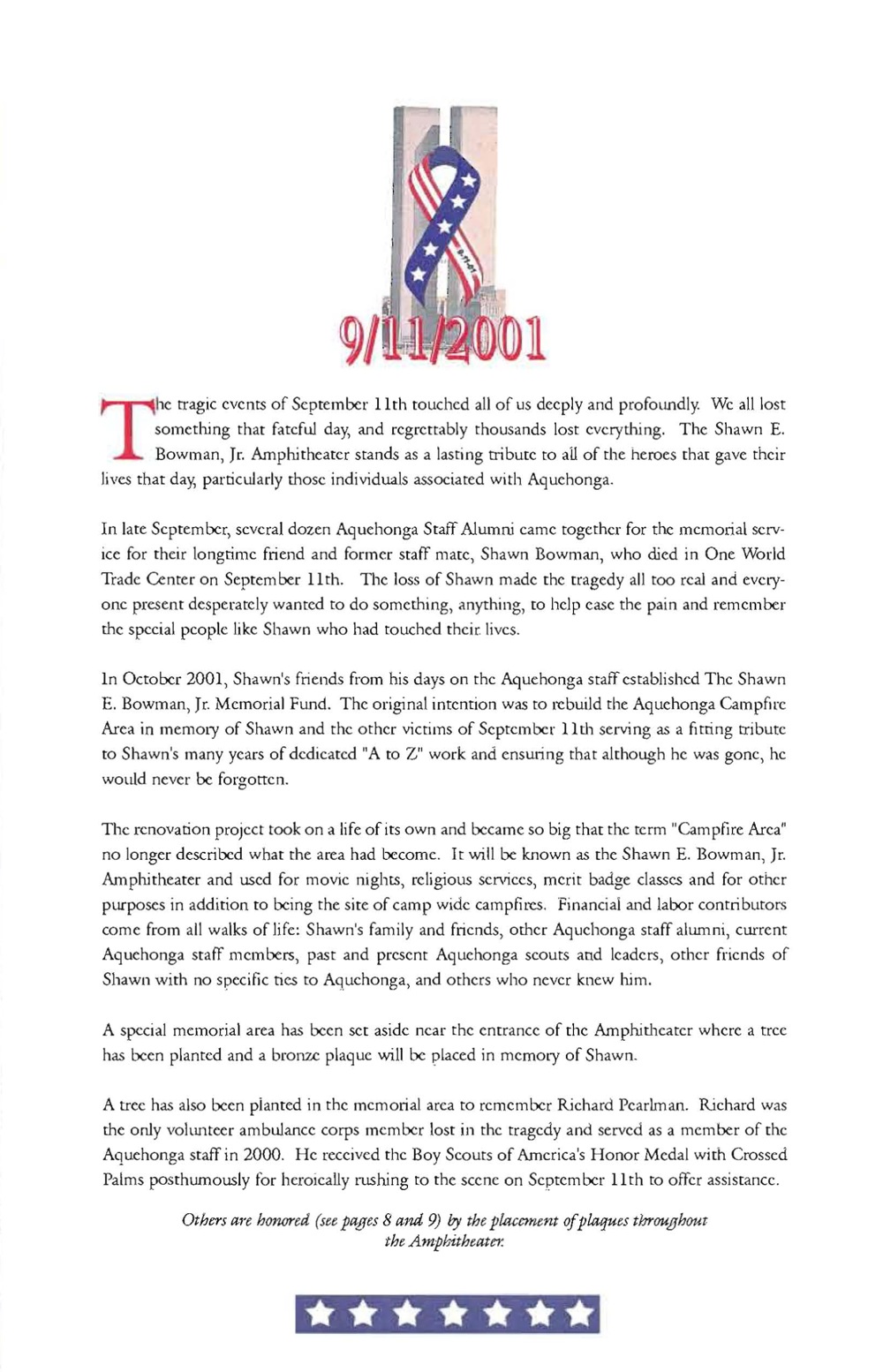 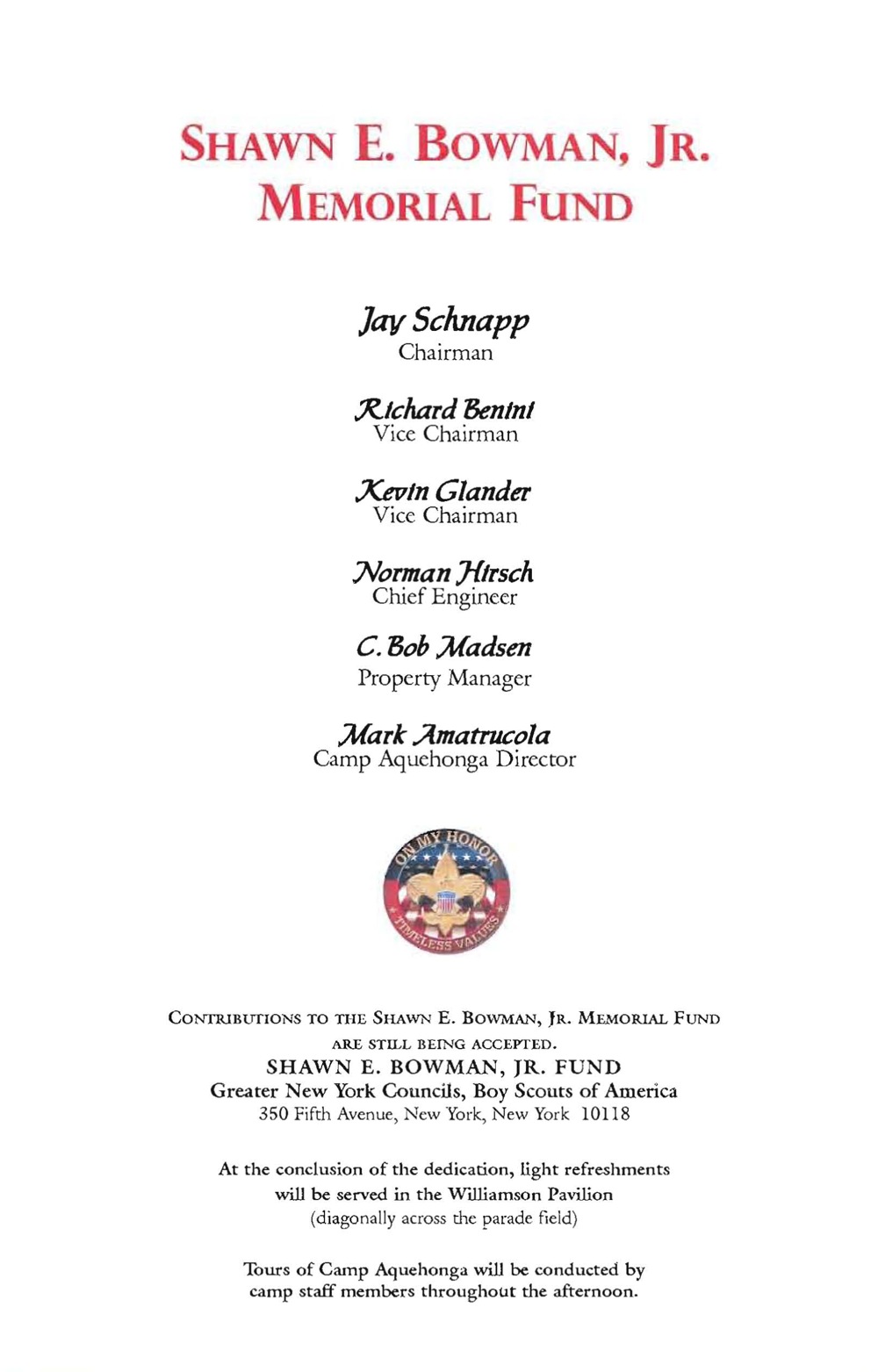 Shawn with his son, Liam 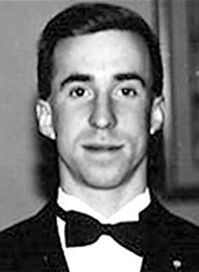 Even as a grown man of 28, Shawn E. Bowman Jr. was still a Boy Scout. Just about every Friday night, he came to Staten Island's Troop 43 meeting in his khaki pants and beige shirt festooned with patches and medals. When the boys' energy flagged, he would break out into his favorite skit, "Bananas," shouting, "Bananas of the world, unite!"

"He almost lived and breathed it," said Gil Schweiger, the ranger at Pouch Camp, a camp for Boy Scouts in Staten Island, who had known Mr. Bowman ever since he was a 7-year-old signing up to earn his first patch.

The boy became an Eagle Scout, then an assistant scoutmaster, passing along what he had learned — everything from how to tie a knot to how to tell the truth.

His day job, human resources information specialist at Cantor Fitzgerald, was a source of pride, but his real joy was scouting; he relished the prospect of passing it along to his son, Liam, now 2, and a second son, Jack, who had not yet been born on Sept. 11. "He tried to pass what he learned from scouting," Mr. Schweiger said. "They looked up to him. The boys still do."