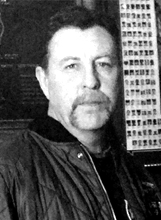 Kelly was born and raised in the Bronx. He later moved to Carmel with his wife shortly after the birth of his twin daughters in the mid-90s. Kelly continued to work for the FDNY for years after Sept. 11 but had to retire in 2005 because of his illnesses. Tom was a devoted New York City Firefighter for 17 years. He was a first responder on September 11, 2001. He will be deeply missed by his family, friends and his brothers from the FDNY.

Firefighter Kelly began his career in the same Bronx streets where he was born and raised. There would be no occupation that could have made Tom happier than the 17 years that he served with the FDNY. Tom started his career as a firefighter in Engine 41 in the South Bronx. Budget cuts forced its closure, and he was soon transferred to the place where he would spend the rest of his career, his beloved Engine 50-Ladder 19.

He made lifelong friends in that South Bronx firehouse. They fought many horrendous jobs at a time when the Bronx saw its most prolific fire activity. On the morning of September 11th, there could be no other place to be but by the sides of his fellow firefighters. Many of those brothers never made it out of the towers. He worked that awful day and many to come in the search and recovery efforts on that sorrowful mountain of ash. He and the entire department were forever changed at the devastating loss.

Tom resided in Putnam County, New York, for 21 years, where he will also be missed by his many friends and loved ones.

Tom is survived by his wife, Denise, and their twins, Taryn and Breezy.