About Justice Against Sponsors of Terrorism Act (JASTA) 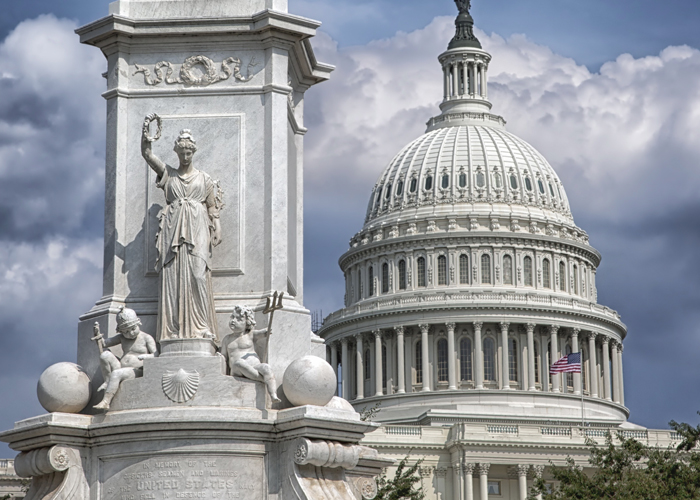 In June of 2014 the United States Court of Appeals for the Second Circuit ruled that lawsuits brought against Saudi Arabia by 9/11 families as well as insurance companies which paid large claims after the attacks, which had previously been dismissed by the District Court, could proceed. The United States Supreme Court then refused to hear an appeal by the Kingdom. At the District Court level, the Kingdom renewed its motion to dismiss the suits, this time on different grounds, citing the nation's sovereign immunity, and in November 2015, the District Court again dismissed the plaintiffs' claims. This second dismissal is the subject of a further appeal by the plaintiffs to the Second Circuit. While Judge Daniels' dismissal could be overturned, this appellate procedure will continue for at least the next two years.

In response, legislation was introduced that seeks ensure that the families of September 11th have their day in court. The Justice Against Sponsors of Terrorism Act (JASTA) is a bill designed to deter terrorism and provide justice for victims and families of the September 11, 2001 terrorist attacks. Referred to in the Senate as S. 2040 and the House of Representatives as H.R. 3815, the bipartisan bill was introduced by John Cornyn (R-TX).

If passed, JASTA would subject foreign sovereigns to the jurisdiction of the U.S Courts for acts of terrorism that occur on U.S. soil. JASTA would clear the way for the wrongful death, injury and property claims brought as a result of the September 11th attacks.

According to Senate sponsor Cornyn, "This legislation will allow families victimized by terrorism to proceed in court against their attackers‎ and hold them accountable for their actions."

In July, 28 long-classified pages from a 2002 congressional intelligence inquiry into 9/11 were declassified. The pages indicate that some of the 9/11 hijackers were in contact with and received support from individuals likely connected to the Saudi Government. Some of the most important revelations concerned the then-Saudi ambassador to the United States, Prince Bandar bin Sultan.

The bill was introduced on September 15, 2015, in the U.S. Senate. On January 28, 2016, a committee issued a report to the full chamber recommending that the bill be considered further. JASTA passed in the Senate on May 17, 2016. The bill was then referred to the House Committee on the Judiciary, chaired by Rep. Bob Goodlatte (R-VA), which conducted a hearing on July 14, 2016. JASTA passed in the House of Representatives on September 9, 2016.

Many government officials and political candidates, including Hillary Clinton and CIA chief John Brennan, have publicly declared their support for JASTA.

If the veto override is successful in the House and the Senate, the bill will become law because two-thirds of both chambers have agreed to pass the bill despite the president's objection.

There are a number of Senators who have not fully committed their support to a veto override, or who have expressed they are wavering. Those individuals supporting the override of the JASTA veto are encouraged to call these Senators and ask for their assurances that they will be voting in favor of a veto override.

It is equally important to contact members of the House Armed Services Committee to ensure their continued support of JASTA, and of the veto override. Lists of key individuals are included below.

On Friday, September 23, 2016 to veto JASTA. While Congress will not meet on Friday, it is expected that the Senate will take up a vote to override the veto during the week of September 26 - before the recess. If this takes place, there will be no vote until after the elections.

There are a number of Senators who have not fully committed their support to a veto override, or who have expressed that they are wavering. Those supporting the enactment of JASTA are encourages to call these Senators and ask for their assurances that they will be voting in favor of a veto override.

https://www.congress.gov/bill/114th-congress/senate-bill/2040/text
Link to Congress' introduction of and actions on JASTA.

http://passjasta.org/
Passjasta.org is pushing for the passage of the Justice Against Sponsors of Terrorism (JASTA) through grass roots activism.

In an April 12, 2016 statement, Kr eindler explains the plausible evidence that Saudi Arabia is hiding behind foreign immunity in the implications and aftermath of the 9/11 attacks. In representing 9/11 victims and families, Kr eindler pushes the point that if there is evidence that a foreign state aided in a terrorist attack on U.S. soil, said nation has to respond to evidence in U.S. courts.