On September, 12, 2001, John Feal and his team of Construction Demolition experts were called to Ground Zero in Lower Manhattan to aid in the cleanup and recovery mission. While supervising his team, roughly 8,000 pounds of steel came loose, crushing his left foot. After 11 weeks in the hospital, doctors amputated half of his foot. John went through years of surgeries and innumerable hours of therapy; as well as extensive hospital stays and mounting medical expenses.

Once out of the hospital, John made it his mission to alleviate the Heroes of 9/11 from the burdens he experienced and created the FealGood Foundation. The foundation assists First Responders and others who have been physically or mentally injured as a result of their rescue, recovery and clean up efforts at the WTC site. 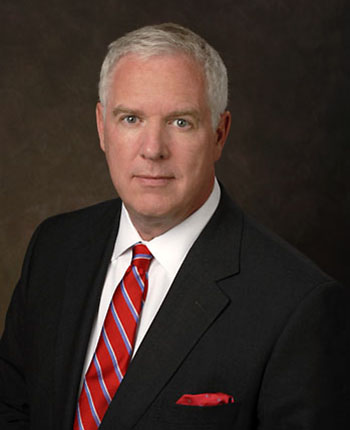 Prior to service with the ODNI, Deputy Commissioner Miller served as Assistant Director of the Federal Bureau of Investigation (FBI), heading the Office of Public Affairs and serving as the FBI’s National Spokesman. In addition, Deputy Commissioner Miller was the accountable executive for developing a compliance system to ensure that the FBI’s mission as a member of the US Intelligence Community was being carried out. The result was the Strategy Performance Sessions (SPS) lead by Director Robert Mueller. The SPS, similar to the Compstat system used by major police agencies, has become an effective tool to measure the effectiveness of the FBI’s intelligence programs. It brings the Director face-to-face over a live, secure video connection with the leadership and intelligence teams of the Bureau’s 56 field offices.

Before joining the FBI, Deputy Commissioner Miller was the Commanding Officer, Counter Terrorism and Criminal Intelligence Bureau of the Los Angeles Police Department (LAPD). Prior to the LAPD, he served as the NYPD’s Deputy Commissioner, Public Information.

Along with his service in law enforcement and intelligence, Deputy Commissioner Miller was a well-known journalist and author. He began his career as a reporter, working in local and network news at NBC and ABC. He was co-anchor of the ABC News show 20/20 with Barbara Walters and is the winner of eleven Emmy Awards, two Peabody Awards and two DuPont Awards. As a journalist, he was best known for his interview with terrorist leader Osama Bin Laden in Afghanistan, coverage of international terrorism and the events of 9/11. Deputy Commissioner Miller is the co-author of the New York Times Best-Seller The Cell: Inside the 911 Plot. He has served as an instructor at the FBI National Executive Institute and for the Defense Intelligence Agency Advanced Counterterrorism Analysis Course. He is a member of the International Association of Chiefs of Police and International Association of Bomb Technicians and Investigators.