VOICES is excited to announce that Governor Ned Lamont will be joining us for the opening reception of VOICES 20th Anniversary 9/11 Art Exhibit. Several artists whose work conveyed messages of hope and healing in response to 9/11, will be in attendance. Their newly created pieces to commemorate the 20th anniversary will also be on display.

Created over two decades, this private, curated collection includes thousands of pieces of inspirational artwork, mail art, photographs, sculptures, drawings, and quilts. These contemplative, artistic creations express a range of emotions – among them empathy, grief, compassion, friendship and patriotism. They also commemorate the lives lost, document the stories, and capture the comfort extended to our Nation.

Several featured artists are joining us at the Opening Reception 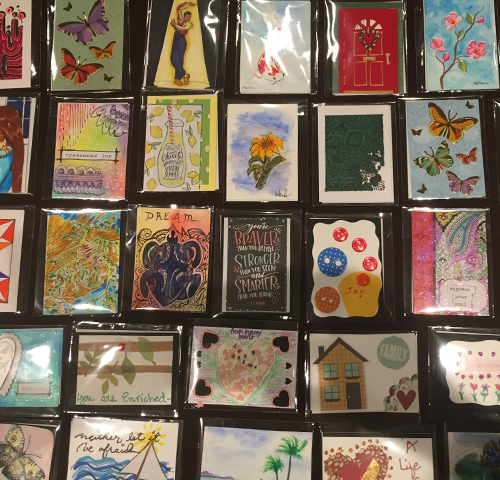 Dianne Brudnicki, Seattle Art Project
Soon after 9/11, Dianne Brudnicki and her students created a compilation of artwork to provide hope and healing for the victims’ families, and in the years following. Many of the same original artists who have become professional artists, will be contributing artwork to this year’s exhibit. 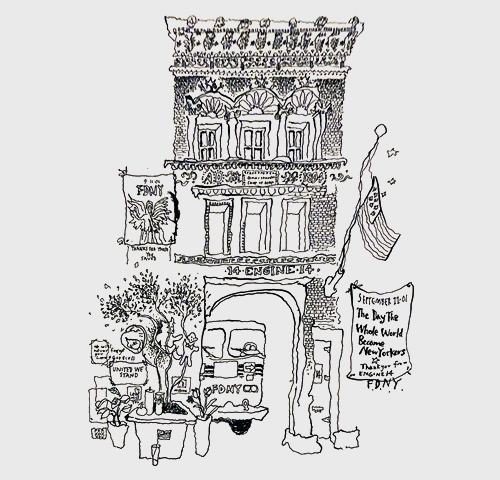 John Coburn, Healing Hearts
“The unspeakable happened on September 11th, 2001 and suddenly the world changed,” said John Coburn. His response was to create a series of pen and ink drawings documenting the recovery efforts, and depict the survivors and responders in the aftermath. An original (on loan from the 9/11 Memorial Museum) and full size prints will be exhibited. 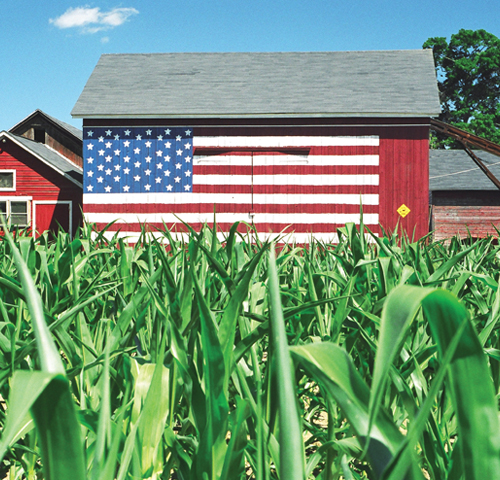 Robert Carley, The Metamorphosis of the Flag Since 9/11
Remembering the terror attacks of 9/11, Connecticut-based photographer Robert Carley documented memorials across the country. The most common tribute was flying American flags, but some people went beyond that, painting flags on virtually any surface – that he captured in his moving photographs. 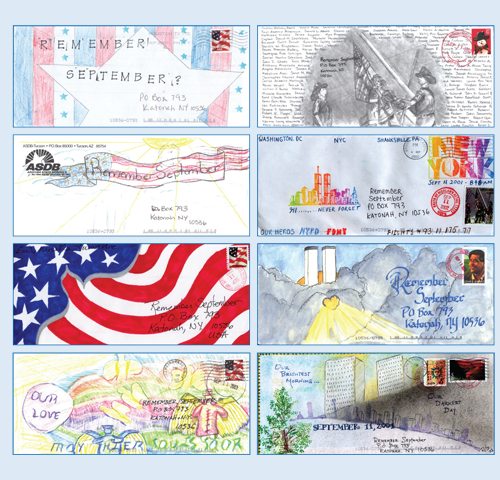 Gail Ellspermann, 9/11 Mail Art
This special project which was launched by Gail Ellspermann in 2001, asked participants from decorate an envelope as a personal reflection and to post mark the envelope on 9/11. School children and adults from around the world have participated in the project over the past 10 years. The “Remember September” project is a beautiful and thought-provoking tribute to those lost on 9/11.
Join us on September 1 at 6:00PM as we gather for the Opening Night Reception at the preeminent Silvermine Art Center. In addition to viewing the exhibit, the event will include a reception hosted by renowned caterer Marcia Selden Catering. Funds raised from the event will support VOICES ongoing programs.

If you cannot attend the Exhibit, but would like to make a donation or sponsor VOICES 20th Anniversary Programs and Events, click here.

Thank You to Our Sponsors