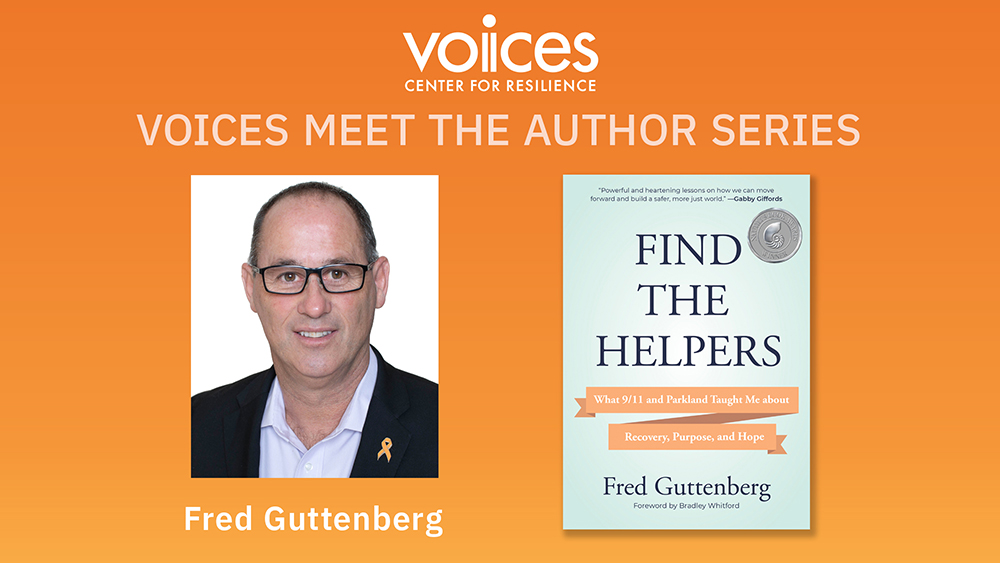 Join us on Wednesday, May 11 at 7pm to meet Fred Guttenberg, activist and author of Find the Helpers: What 9/11 and Parkland Taught Me about Recovery, Purpose, and Hope. Fred will speak about his personal journey following the loss of his brother to 9/11-related illness and the loss of his daughter in the Parkland School shooting.

Life changed forever for Fred and his family on Valentine’s Day 2018. What was to be a day celebrating love turned into a nightmare. Fred’s fourteen year-old daughter, Jaime was the second to the last of the thirty-four people shot at Marjory Stoneman Douglas High School in Parkland, Florida. Jaime had a huge heart, and the loss of his daughter and so many of her fellow students who were struck down in cold blood galvanized Fred into action. He became an activist dedicated to passing common sense gun safety legislation.

Fred’s book is not about gun safety or Parkland. Instead, Find the Helpers tells the story of Fred Guttenberg’s journey since Jaime and Michael’s deaths, and how the kindness and compassion of others has gotten him through the worst of times. Fred believes that good things happen to good people at the hands of other good people─and that the world is filled with them. They include everyone from amazing gun violence survivors to President Joe Biden, who talked with him about learning to grieve by finding mission and purpose.

Participation is free, registration is required.