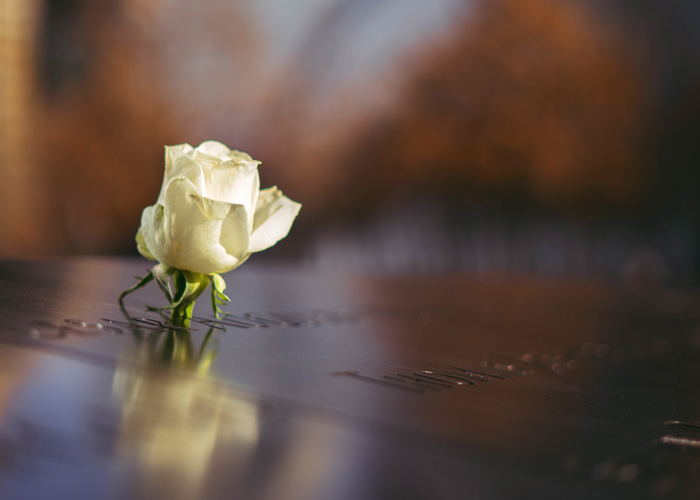 In the aftermath of the attacks, VOICES worked alongside 9/11 family members to advocate on behalf of all victims’ families during the World Trade Center redevelopment process. Empowered by their personal losses, the 9/11 families united to advocate for an appropriate memorial to commemorate the 2,977 men, women, and children who were killed, and to ensure the building of a museum that would tell their stories, perpetuate their legacies, and preserve 9/11 history.

In the months and early years after 9/11, many family members felt a connection to their loved ones at the World Trade Center site, calling for the preservation of the Twin Tower Footprints, as they said at the time, from “bedrock to infinity.” They argued the footprints of the towers were the spaces where their (loved ones) lived, worked, and died, defining them as sacred ground worthy of preservation and national pilgrimage. 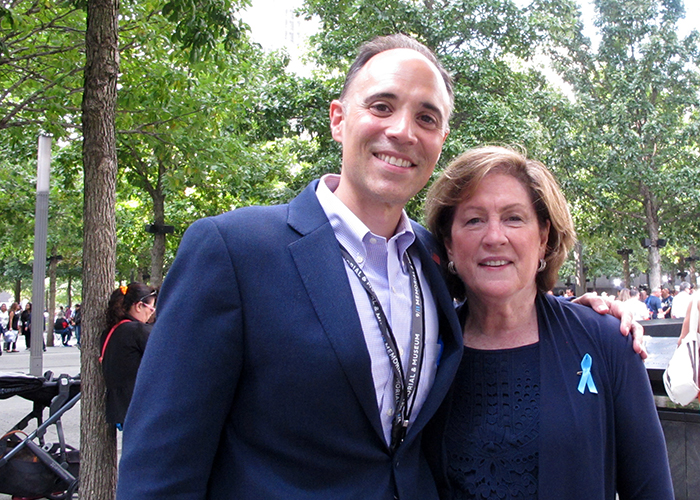 From the onset of the redevelopment and memorial efforts, VOICES Founding Director Mary Fetchet served as a member of the Lower Manhattan Development Corporation Families Advisory Council, the memorial and museum planning committees, and as a consulting party in the World Trade Center historic preservation process. Through his leadership in initiating and actively participating in the Section 106 historic preservation process, VOICES member Anthony Gardner was instrumental in preserving the footprints of the towers “from bedrock to infinity." He also worked tirelessly on various family advisory committees to ensure a meaningful memorial that honored the victims and a museum that told their stories were erected at the World Trade Center site.

Honoring the 9/11 victims in the nearly two decades since the tragedy has taken many forms—from the inspiring memorials and museums built at the sites of the terrorist attacks and around the globe, to foundations and projects designed to preserve the perpetuate the memories of individual victims. 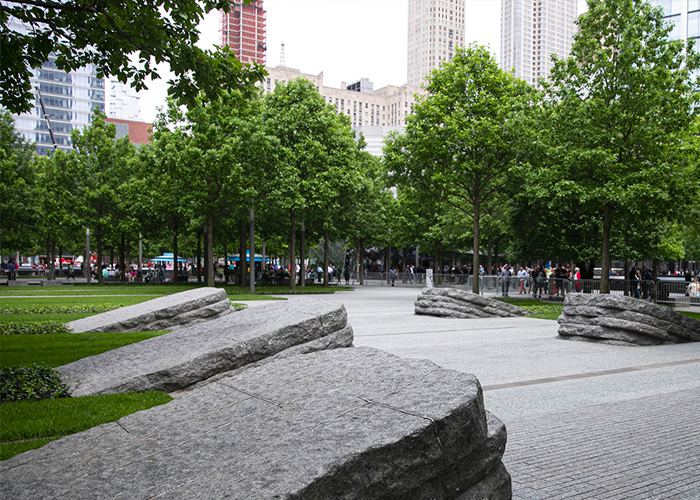 In the nearly two decades since 9/11, the 9/11 Memorial has evolved to include a dedicated space to honor the survivors and responders who are sick or have died from 9/11-related illnesses. VOICES Founding Director Mary Fetchet served on the Memorial Glade Advisory Group and contributed to its creation. Dedicated on May 30, 2019, the 17th anniversary of the official end of the WTC recovery operation, the Memorial Glade Inscription conveys that this verdant space honors “…the tens of thousands from across America and around the world who came to help and to heal, whose selflessness and resolve perseverance and courage renewed the spirit of a grieving city, gave hope to the nation and inspired the world.”

Learn more about the 9/11 Memorial Glade 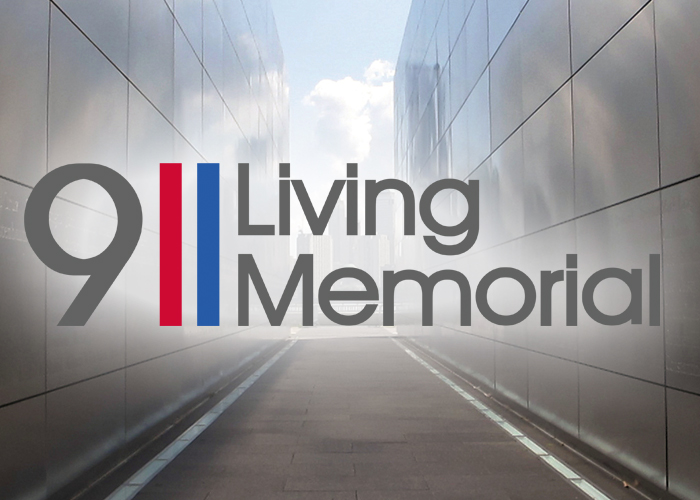 VOICES 9/11 Living Memorial chronicles the lives of the 2,983 individuals killed on 9/11 and the 1993 World Trade Center bombing and also documents stories of survivors. Our staff traveled to dozens of communities to meet with over 1,600 families to assist them in the emotional, but therapeutic process of creating a meaningful tribute to their deceased loved ones. Families shared photographs, personal mementos, and most importantly, fond memories of their loved ones. 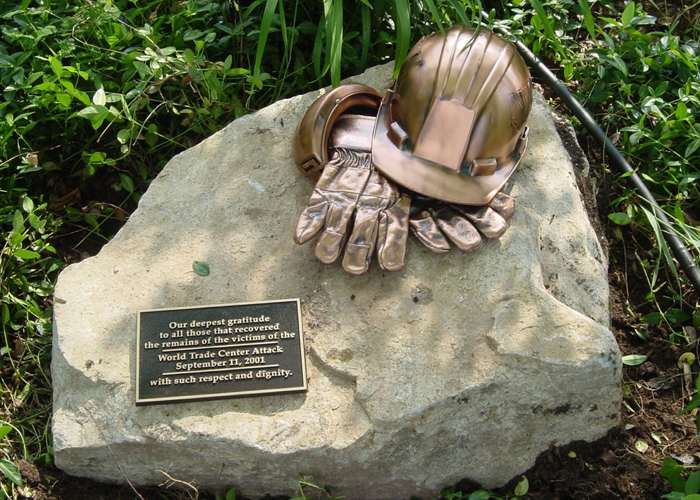 Other Memorials Around the Globe

In the years since 9/11, memorials to honor the victims have been built in communities around the United States and world, underscoring the global nature and scope of the tragedy.

Browse the VOICES memorials archive to view memorials in your community. 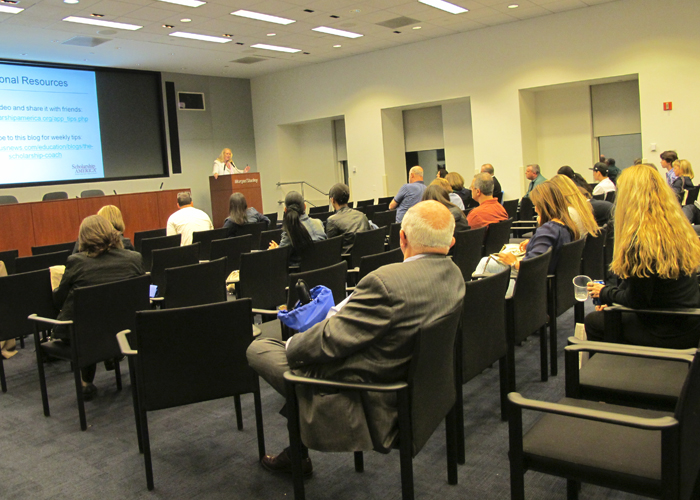 Many 9/11 community members have honored their loved ones through the creation of living legacy initiatives such as foundations, scholarships, and participating in charitable work. Learn more about the many charitable initiatives created in honor of the 9/11 victims, survivors, and responders. 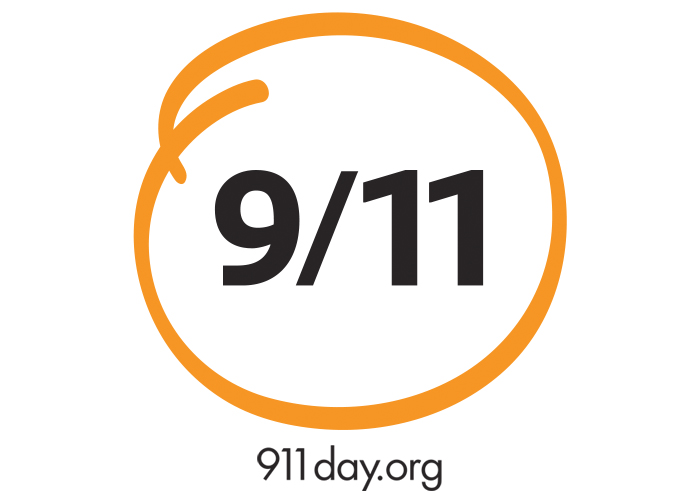 To honor their loved ones and rekindle the spirit of unity and service that helped our nation heal in the aftermath of the terrorist attacks, the 9/11 community urged Congress to establish 9/11 as a national day of service and remembrance. Known today as "9/11 Day” and led by our partners at the 9/11 Day nonprofit organization, this federally recognized day of service and remembrance “is a time to help others in the spirit of service, unity and peace, in tribute to the victims of 9/11 and terrorism worldwide, first responders, and the many who have risen in service to defend freedom.” Learn how you can honor and remember 9/11 through acts of service at 9/11 Day.